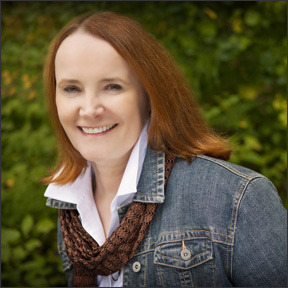 by Judy Baer (Author)
4.1 out of 5 stars 32 ratings
See all formats and editions
Sorry, there was a problem loading this page. Try again.
The charming and often hilarious Forever Hilltop series follows the experiences of former city dweller Alex Armstrong as he settles into his new role as pastor of a Scandinavian community in rural North Dakota. Alex is sometimes baffled by his parishioners and their colorful ways, but he comes to appreciate their simple wisdom. One thing's for sure -- life in Hilltop Township is never dull! This new two-in-one format features An Unlikely Blessing along with its sequel, Surprising Grace.

In An Unlikely Blessing, Alex Armstrong is a former city dweller who has just accepted his first parish assignment to a small community in the wilds of North Dakota. In Hilltop Township, Pastor Alex becomes familiar with the residents and their odd traditions, from julebukking to King Oscar's fish balls. And then there's the excitement the single pastor creates among the unmarried women in the community! Alex soon discovers that his new church home has as much to teach him as he has to teach them.

In Surprising Grace, Alex Armstrong is settling into his new role as pastor of Hilltop Church, and he's even starting to understand the strange ways of the people who populate this barren stretch of North Dakota prairie. But he also finds that his flock needs help and counsel like he never imagined. In this cozy and entertaining read, Alex must choose between the woman he once loved -- and the home he's come to love.

Judy Baer, award-winning author of nearly eighty books, is a North Dakota native who writes from her home in Elk River, Minnesota. As well as being a full-time writer, Judy is a writing and life coach, a mother of two daughters, and a stepmother of three. Read more at judykbaer.com.

Judy was born and grew up on a farm on the prairies of North Dakota. An only child, she spent most of her days with imaginary people—either those she read about or those she made up in her head. Her most ambitious conjuring did not succeed, however. She kept a clean stall with fresh hay and oats for the horse she imagined would arrive. Unfortunately it didn’t come, at least not until she was an adult. After she was unexpectedly given three horses, she bought even more and began raising foundation quarter horses.

She graduated from Concordia College, Moorhead, Minnesota with majors in English and education and a minor in religion. At the time, she was simply studying what interested her, but now realizes that she was educating herself for her future career as a Christian writer. Her first book was written with a toddler on her lap. Judy would type a few words and say “Now, Jennifer.” He two year old daughter would hit the space bar so Judy could continue writing. It was’t the fastest way to work but it was a very cozy time.

In 2001 Judy became a certified professional life coach. In 2008 Judy completed her Master’s program. She studied in the areas of writing and coaching. Now certified in three coaching disciplines, Judy coaches primarily professional and aspiring writers. She is also a faculty advisor in the Department of Human Development at St. Mary’s University in Minneapolis, MN. She is married, lives in Minnesota, has two daughters and three step children.

She is the author of more than 75 books. She grew up in rural North Dakota and has done many of the things her Hilltop characters experience.

4.1 out of 5 stars
4.1 out of 5
32 global ratings
How are ratings calculated?
To calculate the overall star rating and percentage breakdown by star, we don’t use a simple average. Instead, our system considers things like how recent a review is and if the reviewer bought the item on Amazon. It also analyzes reviews to verify trustworthiness.
Top reviews

Edie
4.0 out of 5 stars Four Stars
Reviewed in the United States on June 26, 2018
Verified Purchase
Loved this book, you could easily relate to the characters and the small community feel.
Read more
Helpful
Report abuse

Peggy
5.0 out of 5 stars Forever Hilltop
Reviewed in the United States on February 18, 2018
Verified Purchase
My favorite Judy Baer book. Really loved it. I'm hoping she'll have a sequel! The caracters in the story are very interesting. It was one of those stories you were sad when it was finished.
Read more
Helpful
Report abuse

BettyA
5.0 out of 5 stars Looking forward to more!
Reviewed in the United States on April 4, 2014
Verified Purchase
I enjoy books that give me believable characters.... My husband and I served in a 2 point charge, and I felt like I was visiting home! So enjoyable...
Read more
Helpful
Report abuse

Joan Burgess
5.0 out of 5 stars A Keeper About Community
Reviewed in the United States on May 10, 2013
Verified Purchase
I read this book and enjoyed it so much that I wanted to be sure that I had my own copy. It is refreshing and makes me smile at it's periodic humor. The characters are like family.
Read more
Helpful
Report abuse

B'Ville
5.0 out of 5 stars Forever Hilltop
Reviewed in the United States on October 20, 2012
Verified Purchase
Both my Mother & I really enjoyed reading the book "Forever Hilltop Two-in-One featuring An Unlikely Blessing and Surprising Grace". I hope author,Judy Baer, has another book in this series available soon.
Read more
Helpful
Report abuse

Amazon Customer
5.0 out of 5 stars Five Stars
Reviewed in the United States on December 26, 2016
Verified Purchase
Wish it had ended differently--unless there is a sequel.
Read more
Helpful
Report abuse

Marvin Rear
4.0 out of 5 stars A good read
Reviewed in the United States on May 12, 2014
Verified Purchase
I enjoyed this book, it is well written.This has done a good job of the story line which is very encouraging to me.
Read more
Helpful
Report abuse

Wendy thompson
5.0 out of 5 stars Great book
Reviewed in the United States on April 16, 2013
Verified Purchase
This was a very uplifting, interesting book. The story was fun and happy-sad. Cannot wait for the next one, will read it when it comes out.
Read more
Helpful
Report abuse
See all reviews

Cheryl
5.0 out of 5 stars Great item
Reviewed in Canada on January 2, 2019
Verified Purchase
Great condition
Read more
Report abuse
See all reviews
Back to top
Get to Know Us
Make Money with Us
Amazon Payment Products
Let Us Help You
EnglishChoose a language for shopping. United StatesChoose a country/region for shopping.
© 1996-2021, Amazon.com, Inc. or its affiliates