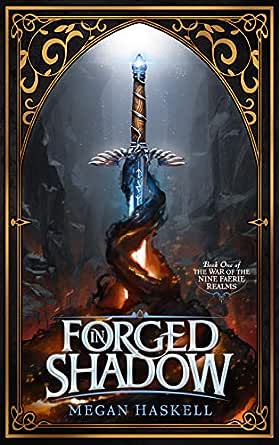 You've subscribed to The War of the Nine Faerie Realms! We will preorder your items within 24 hours of when they become available. When new books are released, we'll charge your default payment method for the lowest price available during the pre-order period.
Update your device or payment method, cancel individual pre-orders or your subscription at
Your Memberships & Subscriptions
There was an error. We were unable to process your subscription due to an error. Please refresh and try again. 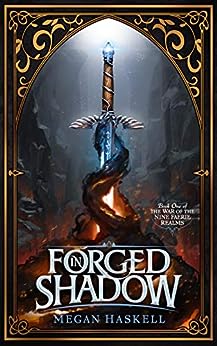 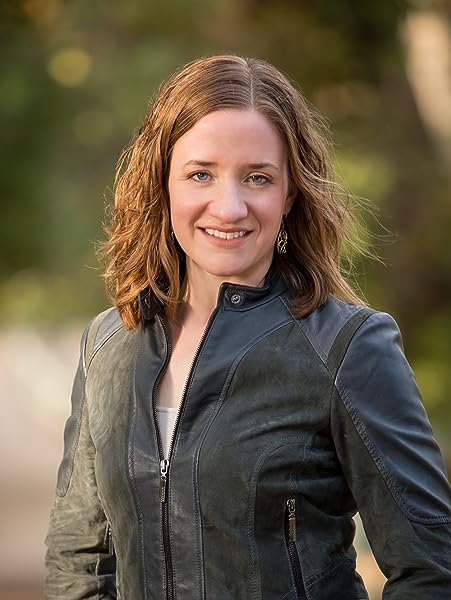 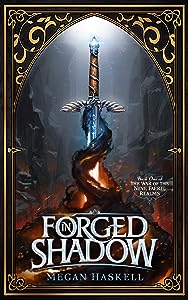 "Fantasy that creeps into your mind and has you hooked before you realize it!" -- Andy Peloquin, Author of the Hero of Darkness series

". . . a captivating tale full of deception, courage, and betrayal. The characters are compelling, and the pace of the novel never lets up. The world is well-crafted, and there is loads of everything a fantasy fan could ask for." -- ML Spencer, Author of The Rhenwars Saga

"Enchanting, exciting and absolutely addictive. I couldn't put it down." -- Dyrk Ashton, Author of Paternus

I've been a fantasy reader for as long as I can remember. I've always loved joining extraordinary adventures in the written word, imagining myself alongside heroic men and women, fighters and warriors who strive to improve the world, or at least kill the bad guy. Ensconced in the safety of my bedroom, I explored strange lands with dangerous creatures. It was an addiction I was happy to accommodate, especially when my mom wanted me to do my chores.

Now it's my joy to bring new fantasy adventures to life, to give you, dear reader, a safe escape from your daily reality. Join me, and let's fight some bad guys together.

Kaye (Please Don't Plagiarize My Reviews)
TOP 500 REVIEWER
5.0 out of 5 stars ONE SPECTACULAR ADVENTURE!!!
Reviewed in the United States on April 6, 2020
Sensational! Megan hit the ground running, blowing through like a thief in the night, ratcheting up the thrill of the chase, riding roughshod with such unbridled gusto, meshing this sparkling gem together sleek, shiny and tight. Twined, combined and interwoven, exposing the explosive ups and agonizing downs, grounding in it's strength and awe inspiring in it's depth. Rousting the drama, intrigue, turmoil, deception, betrayal, secrets, danger, mounting suspense and nerve racking situations along with a boatload of chaos while dodging sinister intentions you have one chart topping masterpiece. Satisfaction is an understatement, you get it all with this action packed, hard hitting, pulse racing, heart pounding, adrenaline pumping, nailbiting, block busting bombshell, blasting this little gem into a hissy with a mind-blowing culmination. Maneuvering through terrifying trials and torrid tribulations, noting the shocking twists and wicked turns, testing our characters in ways they could have never envisioned. The characters are authentic and original with qualities and traits that blend into genuine relatable personalities. The scenes are strikingly sharp with abundant details and colorful descriptions so rich and lively, they balance and flow perfectly. Remarkable job Megan, thanks for sharing this little jewel with us.

I am voluntarily posting an honest review after reading an Advance Reader Copy of this story.
Read more
2 people found this helpful
Helpful
Comment Report abuse

Judi S
4.0 out of 5 stars Delving back into the early years of the Sanyare, we get a look at the times before Rei & crew.
Reviewed in the United States on April 6, 2020
I am totally in love with the Sanyare world, being a huge fan of The Sanyare Chronicles. So, getting to know it's beginnings has been fun. Rei's adoptive parent, Curuthannor, had some exciting experiences as a youth. Reading about his adventures in forging the sword that the egomaniacal King Othin commissioned was his family's job, but procuring the materials was his. Having to go to the Shadow Realm to do so was where it all began. And what a beginning!

Going backward is often difficult for me. I don't mind a prequel or 2, but starting way back as a "sister series" can be problematic because I always feel like I've already moved past that so I don't really care.

In this case, however, Megan has done a remarkable job of making me become invested in the characters who preceded Rei. It actually turned out to be quite interesting how the 9 realms came to be here, on this planet, and how they interact with each other. I found it fascinating to watch all the earlier people, like King Rindae and Prince Aradae, Princess Faeliel (Othin's daughter), Prince Daeturion (Othin's son), the ill-fated sword, Thulentur, and of course, Garamaen, the Sanyaro.

There is a lot of intrigue and courtly machinations that lead up to the world that Rei grew up in; certainly, enough to build a spinoff series! And while I found a bit too much description in this one, I chose to overlook that since first books, even first books in spinoff series, usually have a lot of backstory. And while I don't like a lot of description, I always allow for it in first, and sometimes even second books of a series, depending on how long that series intends to be. So I'll let it go for this one and just say this: this was an excellent start to a sister series, and I'm really looking forward to learning more about the world before The Sanyare Chronicles. I really really love that series, so finding out how they all came to be where they ended up is promising to be fun.

This was an ARC copy, and my review was in my own words and of my own volition. As always.
Read more
One person found this helpful
Helpful
Comment Report abuse

JD
5.0 out of 5 stars A gripping tale of reckless destruction and bone-deep bravery.
Reviewed in the United States on April 9, 2020
I love the two main characters, Curuthannor and Lhéwen! Both of them start out on what should be a straightforward journey, just trying to do their jobs. But they’re both dragged deep into a maze of intrigue and lies and betrayal that will test their loyalties and their courage.

This book does a perfect job with the different points of view, showing how differently things look to different people, and letting the characters draw their own conclusions about the intricate web of secrets that drives the story.

Megan Haskell weaves intrigue, betrayal, and lies perfectly together, driving the nine worlds inevitably toward war. A gripping tale of the reckless destruction wrought by the powerful, and the bone-deep bravery of those who seek to stop them.
Read more
2 people found this helpful
Helpful
Comment Report abuse

christyTop Contributor: Fantasy Books
5.0 out of 5 stars Easy story to set up a war
Reviewed in the United States on April 6, 2020
I thought the story was good. It is the simple story of a King who wants to rule every other realm because he thinks he can. The characters were fun and interesting as they were all slowly introduced along with their quirks and inner feelings. They are the back bone of this story that was a bit addicting to read. I liked that it was easy to read and follow and did not loose itself in high prose or heavy background. Instead slowly built up so that the reader could see what could be coming in the near future as the story unfolded. Quite a few scenes were funny especially when people kept thinking others were doing bad things or must be involved in something bad but were just being themselves and going about their business. I loved it. It was addicting as hard to put down. I received an advance copy and chose to review as it was an entertaining read.
Read more
Helpful
Comment Report abuse

Andy.P
5.0 out of 5 stars Easy reading, excellent story!
Reviewed in the United States on April 6, 2020
I've always enjoyed Megan's writing style--the story flows beautifully, with a simple, clean turn of phrase that makes for easy reading. Definitely a huge part of what kept me reading this book right up until the end!

The characters of Llewen and Curuthannor were interesting, and I felt engaged by both of their emotional journeys and connected to them. However, for me, it was the secondary characters that made it more interesting. The more I got to know each of them--good, bad, and otherwise--the more intrigued I was.

My favorite part had to be the way that EVERYONE suspected everyone else of terribly suspicious motives, when they were really just going about their own business as usual. A comedy of errors that could only exist in a world where everything is suspect and no one believes anyone else has pure motives.
Read more
Helpful
Comment Report abuse
See all reviews from the United States