You've subscribed to True Loves Fairytale! We will preorder your items within 24 hours of when they become available. When new books are released, we'll charge your default payment method for the lowest price available during the pre-order period.
Update your device or payment method, cancel individual pre-orders or your subscription at
Your Memberships & Subscriptions
There was an error. We were unable to process your subscription due to an error. Please refresh and try again. 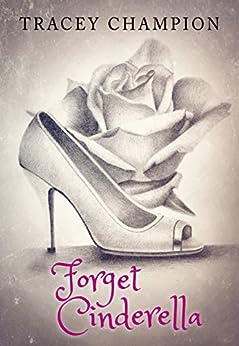 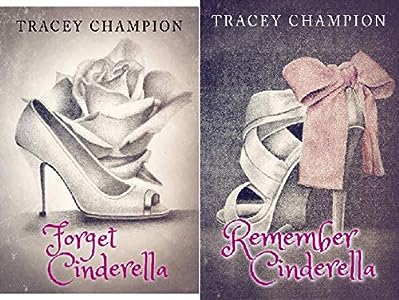 4.6 out of 5 stars
4.6 out of 5
52 global ratings
How are ratings calculated?
To calculate the overall star rating and percentage breakdown by star, we don’t use a simple average. Instead, our system considers things like how recent a review is and if the reviewer bought the item on Amazon. It also analyzes reviews to verify trustworthiness.
Top reviews

MissSmoak
4.0 out of 5 stars KILLER Cliffhanger! Need book two now!!
Reviewed in the United States on February 15, 2016
Verified Purchase
I really had no clue what to expect going into this one. I think the title threw me off (because I couldn't stop thinking about which characters would fill the roles in this famous fairy tale, even if it said "Forget" Cinderella) but I'm kinda glad it did. An alpha Hero, a surprising heroine, trampy ex-girlfriends, an unexpected family, a crazy-a** bad guy, HOT lovin'... this book had a little bit of everything!

Admittedly, it started off slow for me. The story started when Cara was 12 (so you got a look into her childhood) but didn't really reach it's stride until she turned 21 & met Jordan & Amber. The lack of contractions made it slightly awkward sounding & times but once she became more social & participated in some get-togethers, it flowed much more smoothly.

I loved witnessing Cara's transformation from super-blushy, innocent, kinda boring Cara to sometimes-blushy, undercover-spitfire, hornball Cara. When she proclaimed the "Hate" & the "MINE!"... I became a full-fledged cheerleader for her. BUT... Then she had to go & harsh my mellow by agreeing to a meeting with the evil troll. I'm still baffled by that one, especially since both her AND Jordan agreed on it happening. *shakes head* I know she'll stay strong but am sad that she's hurting right now!

I mentioned in the beginning that Cara was surprising but Jordan was too. The special gift he gave her, his below-the-belt "extra" & the way he claimed her really made me a Team Jordan kind of gal. I did want to junk punch him a couple of times (for his lack of explanations) but he was pretty dang swoon-worthy for the most part. Here's hoping he gets the chance to exact some mighty big revenge soon!

And Good gods, that CLIFFHANGER was brutal! Looking forward to getting my hands on the next book!!

Marieke
3.0 out of 5 stars Forget Cinderella, 3 encouraging stars
Reviewed in the United States on December 10, 2015
Verified Purchase
Choosing to read a book by an unfamiliar author always takes some effort from me – ask friends how they feel about the author’s work and brows existing reviews. In the case of Tracey Champion I had to go in completely blind, since Forget Cinderella is her very first book. Based on the published teasers I had a certain idea about the book, and I’m pleasantly surprised it took off in a complete opposite direction.

Cara Mia Hanson is a sweet, somewhat naïve, young woman who is left in the world without any real family. Growing up, it is just her mother and herself, her father is for reasons unknown to her not a part of their lives. When she’s just 12 years old, her mother gets very sick and dies, leaving her in the care of close family friends. Because of their closeness, dealing with her mother’s death is very hard for Cara, she even stops speaking all together and has very few friends. When she finishes high school, Cara doesn’t go to college, but starts to work for a family as a personal assistant. She is content with her life and when her employment ends, she starts working through a temp agency. It’s then she meets Amber and Jordan, unknown to her the two are brother and sister. Amber soon becomes a good friend, while Jordan becomes much more.

“I look in Jordan’s direction. He has his arms crossed over his chest. He’s in jeans and a white shirt. The crossing of his arms causes the muscles to flex, and the shirt has tightened around them. I want to touch him, but I won’t. No matter how much my body wants him, I cannot let that control me.”

Jordan Carter is a former marine. After his last tour he has taken over the family business; Bull Dog Protection and Investigations. He is a hardworking man who’s not very lucky in the girlfriend department. Because of his current workflow he doesn’t have time for real commitment, so he doesn’t bother with dating. When he meets Cara during a lunch break, he feels himself immediately attracted to her, but because of a certain part of his job he can’t make a move. When he sees her again at the house of a friend, together with his sister Amber, he knows he has to do something.

“I wanted her, and I won’t lie about that. I’ve wanted her from day one. The only thing holding me back is her injury, and before that, it was my job with Hanna. I know once I have her in my bed, she will be mine and only mine. I won’t be able to control myself.”

When Cara and Jordan meet, there’s an instant attraction between the couple. But because of a misassumption on Cara side, caused by Jordan’s job, she pushes him away and doesn’t want anything to do with him. Jordan however knows Cara is special, and does everything he can to tell her his side of the story. Cara, sweet and inexperienced as she is, is stubborn and hard to be convinced of the truth. When she finally learns the truth, Cara decides to give Jordan a real chance. Do Cara and Jordan have their Happily Ever After? They don’t have it just yet, their story ends in a cliffhanger and will continue in the next book.

As already mentioned, Forget Cinderella is the first book by debut author Tracey Champion. While I love the main and secondary characters, it shows this is Tracey’s first book. Some parts of the book take too long, as a reader I want to get to know present Cara, her meeting Jordan and the enfolding of their love story. Also, the author’s current writing style is a little repetitive, some things are mentioned too often.

“I will spend every day trying to prove that I do deserve your love, pretty girl. You got hurt because of me. You shouldn’t love me, but you do. You’re so f***ing important to me Cara Mia.”

Will I continue to read books by Tracey Champion? Yes, I will! I want to know what happens next to Cara and Jordan and if they have their deserved Happily Ever After. Tracey is a storyteller, and I want to see how her writing develops over the next books.

Mandy Desay
5.0 out of 5 stars Oh my
Reviewed in the United Kingdom on December 28, 2015
Verified Purchase
Oh my what can I say this was a fantastic read, loved it so much Jordan is a dreamboat full of passion, drama and an OMFG of a cliffhanger be warned!!!! I need the next book now Tracey
Read more
Report abuse

Amazon Customer
5.0 out of 5 stars Omg! What can I say abut the book. ...
Reviewed in the United Kingdom on February 5, 2016
Verified Purchase
Omg! What can I say about the book. I laughed. I cried. My heart was in my boots and I was on the end of my chair. The anticipation was off the charts x it's a fab book x
Nicola purdon
Read more
Report abuse
See all reviews