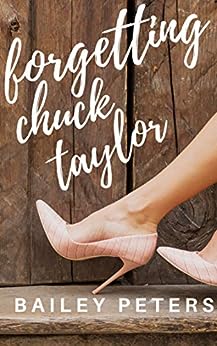 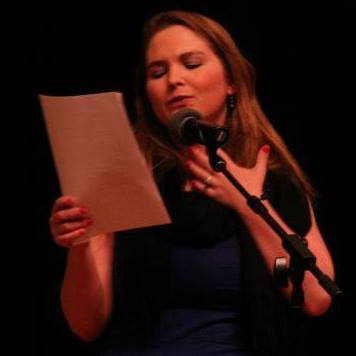 3.3 out of 5 stars
3.3 out of 5
13 global ratings
How are ratings calculated?
To calculate the overall star rating and percentage breakdown by star, we don’t use a simple average. Instead, our system considers things like how recent a review is and if the reviewer bought the item on Amazon. It also analyzes reviews to verify trustworthiness.
Top reviews

KS
4.0 out of 5 stars Sweet, breezy
Reviewed in the United States on August 23, 2019
Verified Purchase
This was such a fun, easy read! If you want to take your mind off the news for a minute, sink in to this warm, relaxing bath of a book. While I do agree with another reviewer that a some parts were summarized rather than explored in the present, the overall writing was very good, especially for self-published stuff. The dialogue was authentic, the descriptions effortless and genuine, and the characters were real: flawed, interesting, and hopeful. I was definitely rooting for them. I can only imagine this writer's talent going up from here, so i would definitely check out anything else she writes (even if it's not gay. Though, you know. Even more so if it is).
Read more
One person found this helpful
Helpful
Report abuse

Margaret Adelle Laupp
3.0 out of 5 stars A standard romance novel, only queer
Reviewed in the United States on August 10, 2019
I was given an ebook copy of this book by the author in exchange for an honest review.

I've been very into F/F romances lately and this one looked absolutely adorable. There's a lot of mileage in the premise and the queer aspects were handled incredibly well. It's rare to find a queer romance where bigotry or anti-queer sentiments aren't a major factor of conflict. In this story, they're a non-issue, which was a breath of fresh air.

The dialogue, which is an aspect that I'm usually picky about, was well done as well. I could imagine the exact way everyone was speaking the words. It was all very natural, which also seems to be a rare thing in romances.

My biggest struggle with it, however, was an aloof writing style. Every book has those paragraphs that begin with something like "Over the next few weeks..." wherein general action is described for the sake of moving the plot forward. There were gigantic portions of this book that had that same tone, like it was a general overview rather than in the moment. The aspect where it was the most obvious was when Taylor and Eva decided to write out "vows" as promises they're making to each other in their relationship. Then the narrative gives an overview of the themes discussed in the vows. In that moment, I would have much rather read the exact lines they came up with. In certain parts, it almost feels like she was writing out the vague outline of a first draft that she meant to come back and elaborate on later, but never did.

The author mentioned that she is a straight woman herself, but a very big ally. This book was written for queer friends that were stuck with mostly tragic or dramatic queer stories. While I commend Bailey Peters for the support, I theorize that this probably has a lot to do with why the writing style had a kind of removed feeling.

In general, I would suggest this book either for someone that loves your usual kitschy romances (but queer) or someone that needs a palate cleanser from other dark, tense books. It may be standard fare, but it's a quick, simple, and worth the time.
Read more
4 people found this helpful
Helpful
Report abuse

Amazon Customer
1.0 out of 5 stars Horrible
Reviewed in the United States on July 28, 2019
Eva is possibly one of the worst characters I’ve read about in a long time and cares about no one but herself and will lie to try and save herself. I have no idea what the author was thinking but this is definitely not a romance novel between two people who will end up together. The beginning of the book makes it seem as if they love each other then it just takes a complete 180 and the entire “book” is ruined and you end up hating all the characters for no reason other than just plain old bad writing. What a complete waste of time.
Read more
Helpful
Report abuse

Janice Best
5.0 out of 5 stars Great first novel
Reviewed in the United States on September 29, 2019
What an intriguing set of circumstances these two main characters are placed in. I feel for them for the mistakes they make, and I am in awe of them for the ways they handle them as they become stronger.

And the way people come out of the woodwork stating they had the same issue of the one woman. I think that happens a lot more often than we realize.
Read more
Helpful
Report abuse

Roz
4.0 out of 5 stars Simple but fun to read
Reviewed in the United States on July 21, 2019
I really enjoyed the author’s way she handled the criminal aspect of Taylor’s life and how she made believable, which in many cases are. It rare that there are still 25 year old virgins and how one meeting can change a perspective on love. This was the first book I have read from this author and look forward to read more.
Read more
Helpful
Report abuse

Lisa
5.0 out of 5 stars Forgetting Chuck Taylor
Reviewed in the United States on August 25, 2019
What a great first novel. I love grandma Scott. Loved the characters, except for Candace’s punk ass...doing that to a woman...I see a bitch slap in her future. With all the BS the LGBT community goes through in a daily - for one of its own to post those pics...not cool at all.
Read more
Helpful
Report abuse

Amazon Customer
5.0 out of 5 stars I Liked It
Reviewed in the United States on November 29, 2019
The blurb got me interested in this book and I’m glad that it didn’t disappoint. The middle part made me really frustrated enough to consider not giving a review or give it four stars. But thankfully, the last third made up for it and overall, it was a good read.
Read more
Helpful
Report abuse
See all reviews

Hope Freed, UK
3.0 out of 5 stars Not terrible, but not great either...
Reviewed in the United Kingdom on February 8, 2020
Verified Purchase
I couldn't really connect with this at all. I persevered until the inevitable break-up, but when that went on too long (before the make-up) I just felt frustrated and found myself skip-reading after. I hope my next read is better...
Read more
Report abuse
See all reviews