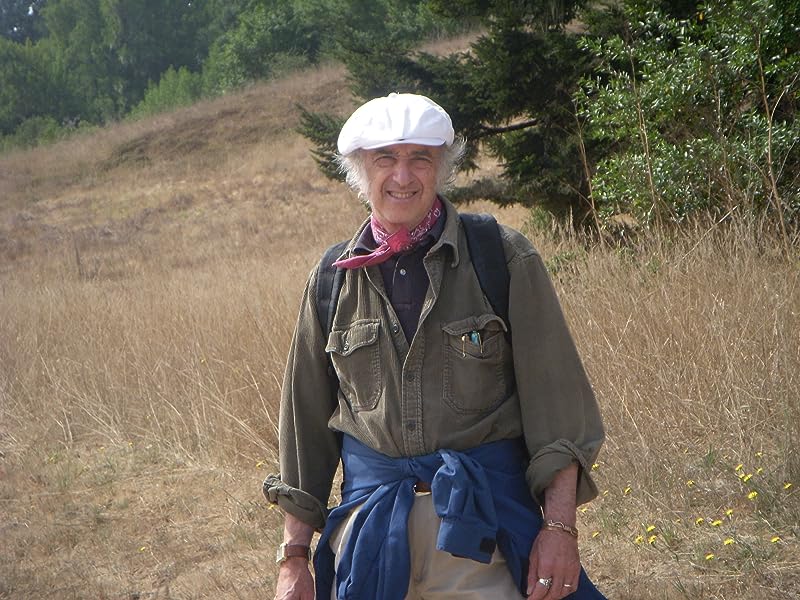 by Bruce Lerro (Author)
5.0 out of 5 stars 4 ratings
See all formats and editions
Sorry, there was a problem loading this page. Try again.

Hard work is important. Innovation drives progress. Truth is derived from evidence. These concepts form the basis of Western thought, but where did they come from?

In Forging Promethean Psychology, Bruce Lerro analyzes the origins of Western civilization’s most basic values—including individualism, capitalism, and reason—by tracing them back to the Greek myth of Prometheus, who stole fire from the gods and gave it to humanity. Lerro argues that Western civilization developed the way it did by embracing Prometheus’s legacy; in other words, we steal fire every day in the form of nonstop technological development and our obsession with progress.

Academics, armchair psychologists, and history buffs will find Lerro’s thesis compelling; his approach to Western psychology is thorough, thought provoking, and accessible to laypersons. His book offers a clear picture of how European institutions, communities, and philosophies formed the world we know today, with all its vices and virtues.

Change is more fundamental than stability. In a time of great technological and social change, it’s useful to understand the past to see how we might proceed. This interdisciplinary approach to psychological history offers a unique look at where we came from, where we are, and where we’re going.

In his twenty-seven years as a university professor, Bruce Lerro has developed more than twenty-five classes on Western psychology, propaganda and rhetoric, social evolution, and other subjects. His previous books include Earth-Spirits to Sky-Gods, Power in Eden, and Social Change: Globalization from the Stone Age to the Present (coauthored with Christopher Chase-Dunn). Lerro lives with his partner, Barbara, in Oakland, California.

Bruce Lerro has taught for 25 years as an adjunct college professor of psychology at Golden Gate University, Dominican University and Diablo Valley College. He has applied a Vygotskian socio-historical perspective to his four books:

* From Earth-Spirits to Sky-Gods: the Socio-ecological Origins of Monotheism, Individualism and

* Power in Eden: The Emergence of Gender Hierarchies in the Ancient World

* Social Change: Globalization from the Stone Age to the Present - Co-Authored with Christopher

He is also a representational artist specializing in pen-and-ink drawings.

Bruce is a libertarian communist and moved to Olympia WA with his wife, Barbara, after living in Oakland California for 30 years.

Jesse Braverman
5.0 out of 5 stars Why We Are the Way We Are
Reviewed in the United States on January 20, 2020
Verified Purchase
Forging Promethean Psychology is a comprehensive, interdisciplinary, objective, scholarly work that attempts to explore the origins and development of Western psychology to the present. Bruce Lerro has authored an impressive synthesis and analysis of countless academic sources from a wide range of fields of study that considers the full scope of western culture.

Perhaps the most remarkable feature of the book is the way abstract ideas and complex subjects are clearly and concisely communicated to the reader. The author's teaching skills are on full display throughout the work.

Barbara MacLean
5.0 out of 5 stars A Western Civilization Book That Will Make You Think Rather Than Sleep
Reviewed in the United States on August 8, 2017
Verified Purchase
This book is an amazing overview of Western psychology from the Middle Ages to the late 19th century. It's rare to find a book that is both cross-disciplinary and historical at the same time. In this age of specialization it's wonderful to see somebody actually cross over between the worlds and paint a coherent picture of how we in the West became how we are for both better and for worse. The author's bibliography has some of the best sources I've ever seen yet the writer speaks to an educated lay audience, not necessarily an academic one.
One criticism I have is that I didn't realize it was really a history book until I started to read it. The author could have added to the title - "From the Middle Ages to the End of the 19th Century" so the reader understood that this was really a history of Western psychology.
Read more
One person found this helpful
Helpful
Report abuse

E. N. Anderson
5.0 out of 5 stars and medical advances that have made the world better off--so far
Reviewed in the United States on April 8, 2017
This fascinating book uses Vygotskian psychology to analyze the origins of western Europe's (and America's) fascination with Progress, Rationality, material goods, and individualism. Lev Vygotsky, writing in the USSR in the mid-20th century, found that economic and social circumstances affect human psychology more than psychologists had realized; even quite small shifts in ecology and economics could change people's minds in unexpected ways. Bruce Lerro combines Vygotskian ideas with the French history of "mentalite's" to produce a unique and striking theory of culture change.
In the west, one way was in the direction of the Prometheus myth: Prometheus stole fire from Heaven, gave it to humanity, and was duly punished for it. The heroic Individual (capital I), creating Progress by giving technology to people, remains one canonical figure in our western-world heritage.
Many of us are now aware that there are limits to a civilization based on individual rationality and material wealth. It leads to constant war and to ecological devastation. On the other hand, it led to wealth, welfare, and medical advances that have made the world better off--so far.
Bruce Lerro investigates a range of fascinating and revealing psychological changes over western European history. Many of these involve contrasting the medieval period with the Renaissance and modern periods. The Middle Ages was a time when religion and simple traditional life kept rational individualism relatively suppressed. Interestingly, it was also a time when scent and touch were more salient senses than they were later on; medieval people (at least those who wrote about such things) were quite concerned with smells and skin sensations relative to early-modern writers; life was more intimate and confined to smaller spaces, on the whole, making these senses relatively important compared to sight.
Meanwhile, Aristotelian rationality and science rapidly grew in importance, at the expense of traditional beliefs. People started to explore just to explore; Petrarch was the first westerner known to climb a mountain just to climb a mountain (no sheep to herd or wood to collect). Religion and consumerism developed together, as sociologists teach in regard to the Protestant ethic. Literacy increased with technology, climaxing in the rise of printing (introduced from China). During the same time period, "prose" became a concept as opposed to poetry and epic; of course people wrote prose before, but, like the character in the Moliere play, they didn't realize it was "prose." Of course "prose" is the way we write about rational, material things--saving poetry for emotional matters--hence its sudden rise to salience. Magic actually increased in importance in the Renaissance; along with astrology and alchemy, it looked reasonable at the time--another way to control the world and win power. It was soon shown to be a failure, but fit well into the Promethean program before losing credibility.
Discipline in the workplace and the military rose sharply in the early modern period, and continues to rise, as the Promethean program forces rationality onto everything. One is reminded of James Scott's "Seeing like a State." Nationalism arises in step with this, deriving in large part from religion--the emotional and symbolic sides of rationalism were borrowed wholesale from Christian ritual.
Later, with modernity, treatment of the mentally ill worsened considerably before getting better. Finally, the Unconscious came into focus and attention, and treatment of mental conditions began to improve.
Rationality, individualism, and materialism advanced from success to success in terms of mastering the world, but of course we now question the cost, and wonder what next....further "progress" in consuming, transforming, and dragooning nature is simply not possible.
In any case, Bruce Lerro has shown how profoundly people's ideas, thoughts, and perceptions change, and how complicated is the feedback between economic change and psychological change.
This book is fascinating, intriguing, and challenging. I confess some skepticism about the degree of change--I do not see so much shift from scent and touch to sight, for instance, or quite so much shift from medieval to Renaissance rationality. Bruce Lerro might also have inquired further into the Arab and Persian roots of modernity; it was a massive input of Greek, Arab, and Persian science and literature that really transformed the west in the 1200s and 1300s. This said, the book is a wonderful survey of recent work on changes in thought over time in western Europe, covering everything from basic dynamics to quirky but highly revealing items like the evolution of curiosity. It repays serious attention. It is also a good read--accessible and well written.
Read more
3 people found this helpful
Helpful
Report abuse
See all reviews

Sylvia
5.0 out of 5 stars A radical and politically sophisticated interpretation of psychology from antiquity to the present.
Reviewed in the United Kingdom on December 14, 2018
Verified Purchase
I thoroughly enjoyed reading Bruce Lerro's book, "Forging Promethean Psychology". It is an ambitious and comprehensive account of the rise of psychology from Ancient Greece to contemporary times. It is highly organised and full of useful tables that can be used in teaching.

Lerro covers a lot of ground in this book. He charts the rise of 'individualism' and nationalism from ancient community. He explains the passage from polytheism to monotheism. Using a historical materialist outlook, he shows the connection between the romantic roots of consumerism and commodity fetishism. He also pays close attention to the evolution of our senses. I particularly enjoyed his take on taste and vision.

For me the book's strength lies in its ability to relate all this interesting material to the class struggle. Lerro writes from a working class perspective and his radical vision of politics and psychology have combined to excellent effect here, to help us grapple with some complex issues. This is a book that I shall delve into frequently in the future as a reference and as teaching aid. I wholeheartedly recommend it to all those interested in history, psychology, politics and the class struggle against capitalism.
Read more
One person found this helpful
Report abuse
See all reviews