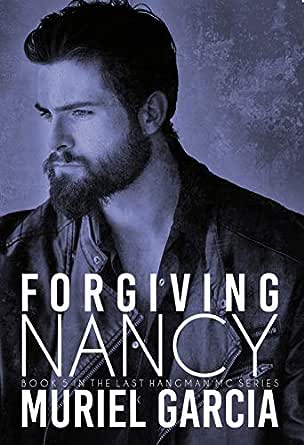 You've subscribed to Last Hangman MC! We will preorder your items within 24 hours of when they become available. When new books are released, we'll charge your default payment method for the lowest price available during the pre-order period.
Update your device or payment method, cancel individual pre-orders or your subscription at
Your Memberships & Subscriptions
There was an error. We were unable to process your subscription due to an error. Please refresh and try again. 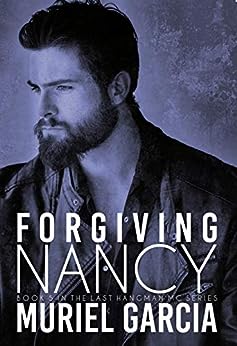 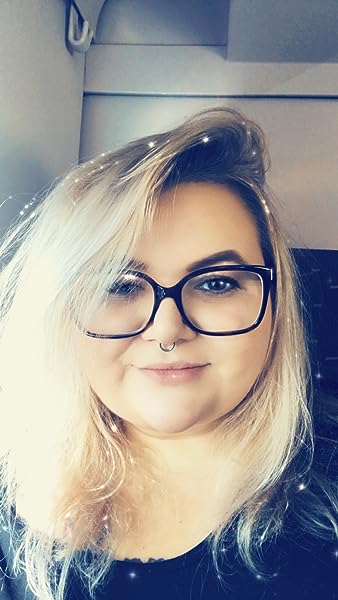 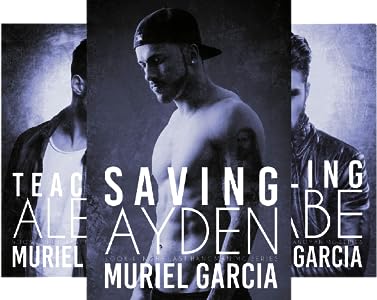 4.2 out of 5 stars
4.2 out of 5
15 customer ratings
How does Amazon calculate star ratings?
Amazon calculates a product’s star ratings based on a machine learned model instead of a raw data average. The model takes into account factors including the age of a rating, whether the ratings are from verified purchasers, and factors that establish reviewer trustworthiness.
Top Reviews

Trish
3.0 out of 5 stars Good story
Reviewed in the United States on April 30, 2016
Verified Purchase
I liked this story but I had some issues with the storyline. First off, it was so wrong that everybody knew the big secret except for Bennett. They kept telling him that it was for own good, but it absolutely wasn't. Instead they all let him get blindsided. They should have told him from the beginning, let him get the facts from his parents and the whole thing could have been handled better. Nancy says at some point that it wasn't her place to tell him. Of course it was! It should have been her telling him the minute she saw him. It wasn't like everyone was keeping this secret and he had no clue. He knew and everyone kept brushing him off. That was so wrong. They all betrayed him. For that reason alone, I couldn't really like this book. Secondly, I find it hard to believe that Callum, if he were this great guy, would have left Nancy there all those years, without trying to help her escape. They talked so much, she knew his history so he had to know hers. Why didn't he tell Bennett? There's no believable reason for him not to have helped her. Sneaking her in chocolate, while she's being forced to prostitute herself isn't helping her. The story was well written and did keep me interested, but in the end, I was more bothered than anything.
Read more
Helpful
Comment Report abuse

Itsy Bitsy Book Bits
5.0 out of 5 stars My curiosity is now going crazy I can't wait to find out Callum's past!
Reviewed in the United States on April 13, 2016
In Forgiving Nancy (Last Hangman MC Series Book 5) by Muriel Garcia we learn about Bennett's past before he was a part of the Last Hangman MC, Bennett's always had the MC in his life his parents were a part of the Last Hangman, but for some reason they leave the Last Hangman and transfer to a different charter. What's worse is a few years later they move again, but not only that they retire from the MC life altogether! When they move they move into a rich neighborhood in Pinehurst, Texas where he meets Nancy Larkins. Having had the good fortune to choose the bedroom across from Nancy's window with only 3 feet separating the two houses Bennett and Nancy enter into a forbidden relationship Nancy being only 17 can’t leave the house legally until she's 18 which is in a few months so in the mean time they keep their relationship secret, but days away from Nancy's graduation her mother insists she come with them to a posh dinner party where after going outside for fresh air Nancy is kidnapped by unknown men. After that no one knows what happened to her Bennett tries to find her but the cops say it’s probably just a case of a runaway teen, Bennett doesn't believe that Nancy would just leave him though. Soon enough Nancy's parents blame Bennett, having found out about their relationship before Nancy went missing, the Larkins make good on the threat they tried to use to make Nancy leave Bennett and they have him locked up. Eventually people stop searching for her, and now four years later there is evidence she's still alive the Larkins have gotten pictures of Nancy in the mail some recent and some that date back four years ago. Nancy's parents call Bennett who of course is at first shocked and angry that they would dare call him, after hearing them out Bennett agrees to search for Nancy and so he calls for a meeting in the Chapel to requests his brothers' help in locating Nancy. What they find is shocking, especially when everyone finds out that Nancy and Callum of all people have history together! Nancy is keeping a lot of secrets hidden will Bennett be able to forgive her so easily when he finds out. Why do Callum and Nancy know each-other and on such a friendly basis at that? My curiosity is now going crazy I can't wait to find out Callum's past! Hopefully he gets his own book.
Read more
One person found this helpful
Helpful
Comment Report abuse

Bennett Sawyer moved into Nancy’s neighborhood when she was seventeen. Nancy Larkin tried her best to be a normal teenager but her parents felt different. Their social status and how her family appeared to the outside world was all they cared about and hanging around with that nasty MC family that moved into town is NOT what they consider a positive social status. The more they tried to keep Nancy away from Bennett the more she wanted to be with him. Nancy couldn’t wait to leave with him when she turned eighteen but not being able to take her parents demands anymore she calls for Bennett to come get her from the fancy party but before he gets to her she is taken … and then she hears his voice and looks into the eyes of someone who is familiar --- and her world has just ended.

Only one person has ever meant anything to Bennett Sawyer and she disappeared. After that last phone call no one has seen her or heard from her. Gone without a trace. Broken by losing her Ant convinces Bennett to come back to New Orleans and join the MC. Leaving Texas was nothing that he wanted to do but there was no trace of Nancy. Four years ago Bennett lost his heart. Now the one person that never wanted them together is asking for his help after opening a package with recent photos of Nancy in it.

This was just an ok read for me. Bennett and Nancy are both tortured by in different ways. Bennett is living with guilt and never has been happen since Nancy’s disappearance and Nancy is living a life of a prisoner. I was taken off guard though of how Bennett and Nancy find each other. I wanted more of a bang up throw down and then the events that come after just were too calm if that makes sense.

If you love this series than definitely click this one up as all the guys are there. I just wanted more depth and maybe expected more from the characters. I did appreciate hearing from all the guys and look forward to more in the series.

Review to post to Ramblings From Beneath The Sheets.
Read more
Helpful
Comment Report abuse
See all reviews from the United States

Kindle Customer
5.0 out of 5 stars Last Hangman MC (5)
Reviewed in the United Kingdom on December 17, 2018
Verified Purchase
Wow! Yet another excellent book from this series. Yet again completely different story. Nancy and Bennett met when they were teenagers, Bennett's family moved into the house next to Nancy's. Her family hated them on sight, they were complete snobs, and their new neighbours had been living with an MC. They forbade her to have any contact at all with them and definitely Bennett. They met in secret, love at 1st sight, just a short time more and she'd be 18 and free. Her parents insisted she went to a posh country club night. She was kidnapped and not seen again, till 5 years later. Not a very pleasant storyline in places. You find out where she's been held and why. The aftermath is not pretty either. But the book, the story is intense and brilliant
Sue P
Read more
Helpful
Sending feedback...
Thank you for your feedback.
Sorry, we failed to record your vote. Please try again
Report abuse

Emma Treharne
5.0 out of 5 stars Loved it xx
Reviewed in the United Kingdom on June 6, 2016
Verified Purchase
This book is deffinetly worth 5* Bennett is one of those characters that you love but also know he's has secrets, he's one of those guys you instantly fall for and pray his story isn't too bad and that he finds his HEA.
When you read his story you will fall even more in love with him, and as for Nancy wow what a woman after everything she's been through its amazing shes still alive let alone ready to move on with her life.
The only bad thing about this book is that I didn't want it to end! I hope we here more from these two and I can't Waite to read Callums book cause he's another one who's story I can't Waite to get my hands on, and not forgetting Ryan, I love this series and I never want these books to end.
Please read this book and this series I can guarantee you will fall in love with all the Last Hangman there women and there storys x
Read more
Helpful
Sending feedback...
Thank you for your feedback.
Sorry, we failed to record your vote. Please try again
Report abuse