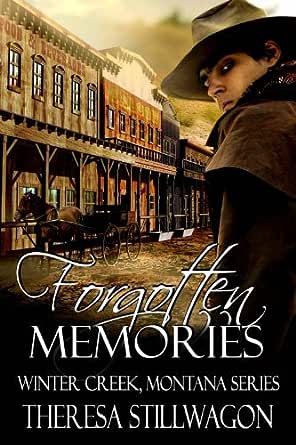 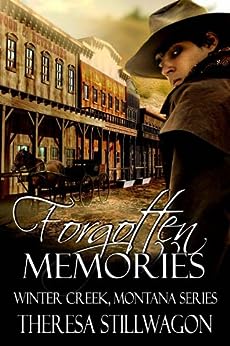 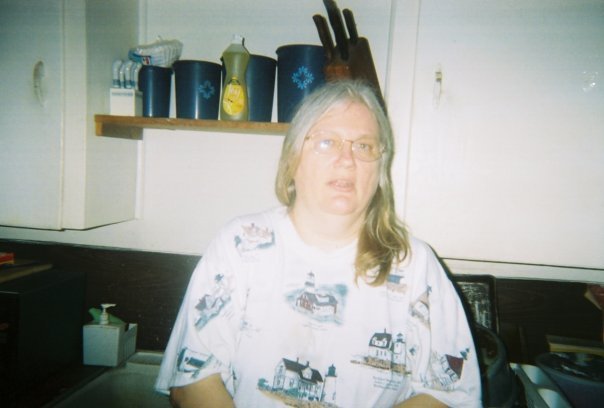 Marlene @ Reading Reality
4.0 out of 5 stars Fascinating opening to a haunting romance series!
Reviewed in the United States on July 15, 2012
Ghost towns are such fascinating places. Even more when they get turned into living history museums. In the hands of a talented storyteller, the tales of parallel lives filtered through the shades of the past, and the light of the present, can make for quite haunting reading.

So we begin the Winter Creek, Montana Series by Theresa Stillwagon, starting with Forgotten Memories.

Jen Ferguson is both a history professor and a psychic, which makes for a pretty interesting combination when it comes to rebuilding a ghost town. She can see the ghosts. And she has studied the history of the area.

Too bad it's her experience in the present that causing her the most trouble. The revival of Winter Creek is really her baby, her pet project. She knows the area.

But an impetuous affair with a hot-shot historian has tarnished her professional credentials, throwing all of her hard work in question. In the halls of academe, when an affair ends, the man always comes out ahead, no matter how big a jerk he is.

Jen is forced to act like an Old West schoolmarm to save her academic reputation, even though the man she broke up with is telling lies about their supposed engagement. He's the one with the big list of publications. She's still just a local girl.

Too bad the building at Winter Creek that she's rehabbing for the college is the town saloon, and that one of the late "good-time gals" is sending her messages. Telling her that the hot new rancher riding through town, Adam Craine, is just the man to show her that not all men are jerks.

Adam's also the spitting image of a former Winter Creek resident. Adam and Jen are part of a century-old mystery, one that the ghost wants to help them solve - before old grudges take more lives in the here and now.

Escape Rating B: I absolutely love living history museums, which is what initially attracted me to this series. The romance between Adam and Jen is plenty hot and sparky, and it's doubly fascinating as it plays out across two time-periods, because it's not just the present, but the ghosts also get involved. Adam and Jen wait to be sure they are acting on their own desires, and not re-enacting someone else's. Very hot and very emotionally well done.

The element that kept this from being a B+ or A was the way Jen was treated by the College and "The Jerk", and even her grandfather, regarding her personal life. This is the 21st century, not the 1950's. While there is still a double-standard in many ways, Jen's treatment seemed exaggerated, considering that both parties were single. I understand why she wouldn't trust another man. I didn't understand her employer's reaction to the aftermath of the relationship, especially since most of it happened before the Jerk was employed at her college and they were not in a supervisory relationship.