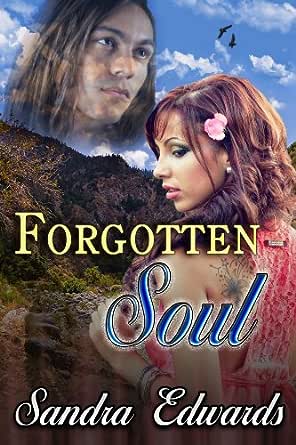 You've subscribed to Soul Searchers Series! We will preorder your items within 24 hours of when they become available. When new books are released, we'll charge your default payment method for the lowest price available during the pre-order period.
Update your device or payment method, cancel individual pre-orders or your subscription at
Your Memberships & Subscriptions
There was an error. We were unable to process your subscription due to an error. Please refresh and try again. 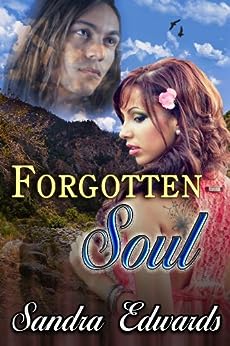 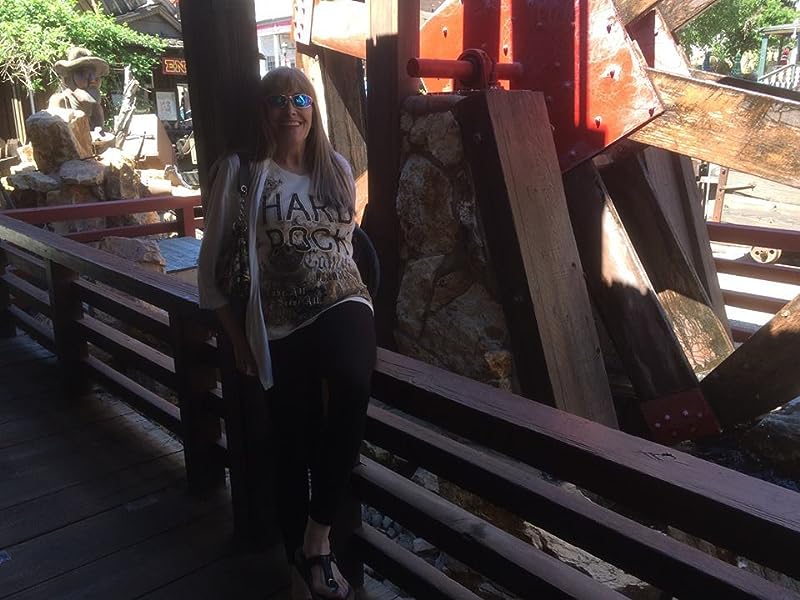 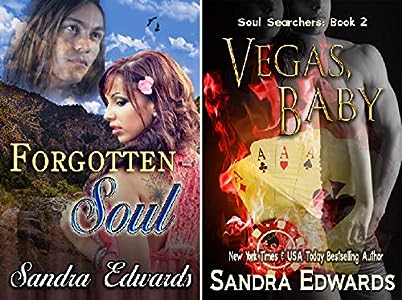 "In a twist of fate and a love for the ages, Sandra Edwards has built a romance that warms the heart." -- The Romance Reviews

NEW YORK TIMES & USA TODAY Bestselling Author Sandra Edwards writesaward-winning romance in a variety of subgenres such as paranormal(mostly time travel and reincarnation), contemporary, and suspense. Shelives in the U.S. (west coast) with her husband, two kids, four dogs and one very temperamental feline. Sandra's books often push the envelopeand step outside the boundaries of conventional romance. For more infoon Sandra's books, visit her website at sandrawrites.com. Sign up for Sandra's NEW RELEASE ALERT to be the first to hear about what's coming up, gain access to sneak peek previews and entry into exclusive giveaways! bit.ly/1k31XDr

4.2 out of 5 stars
4.2 out of 5
121 global ratings
How are ratings calculated?
To calculate the overall star rating and percentage breakdown by star, we don’t use a simple average. Instead, our system considers things like how recent a review is and if the reviewer bought the item on Amazon. It also analyzes reviews to verify trustworthiness.
Top reviews

AvidReader
5.0 out of 5 stars Magical
Reviewed in the United States on July 25, 2013
Verified Purchase
What an amazing and original book, breathtaking and heartbreaking at the same time. Soul Searchers is full of mystery and romance, a sensual and passionate story full of secrets, lies and deception. All this being achieved without using explicit and gratuitous scenes or language, just the skill of the authors words.

Modern day Nevada and Rio’s story is blended amazingly well with Tajan and Maggies story, along with the Native traditions, spirituality and life as it was in their era. With Tajan and Maggie’s love story, set in a time of racial hatred, unacceptance and murder they are true soulmates, destined to find one another although one is white and the other an Indian. I loved every word, paragraph and chapter.

Set in modern day Nevada there are stories from past generations of 3 sisters that robbed banks back in the 1800’s, and one last attempt led to a hefty amount of gold and silver being buried in the mountains between Carson and Virginia City to never be recovered due to unexpected circumstances.

Maggie one of the sisters is shot in the robbery and found by a gorgeous Washoe Indian. Enthralled by her Tajan carries her back to the Washoe people to be healed by his father the tribal shaman. What begins as an infatuation between Tajan and Maggie becomes so much more when faced with the thought of being separated, they are lovingly joined as one. Living a married life full of laughter, passion and happiness, a forced separation leads to a happy reunion with a surprise and death

Rio, the main female character is a feisty firecracker with lots of attitude. A con artist by trade she learns about the buried treasure and in order to get her hands on it with the help of Turner Atkins the ruthless “brains” behind the scheme she claims to be the daughter of one of the sisters great, great granddaughter, easily achievable as she looks exactly like Maggie

Finding all is not what she expected, events may not go as planed. Instantly she is attracted to a painting of Tajan. Unable to get him out of her mind, knowing it was more than his handsomeness, it was his eyes speaking to her, drawing her in, making her feel she knew him.

Yearning for a loving family Rio never had, the Tajan’s provide all that and more, especially the warrior. Wherever Rio travels within the town a sense of eeriness, a feeling of familiarity follows, as do visions of Tajan and feelings of heartache.

Expect a surprise ending, a little rushed as I could have read so much more about this book, hence the 4 ½ instead of 5 stars. Recommended in a heartbeat. Wanting to read the second instalment but negative reviews have me thinking. Loving the whole Tajan/Maggie/Rio triangle I wont be able to resist!

Hotcha
5.0 out of 5 stars Rio Larquette never knew her mother's love, all she did was feel her hatred
Reviewed in the United States on February 16, 2015
Verified Purchase
Rio Larquette never knew her mother's love, all she did was feel her hatred. As a child she heard her mom and dad constantly arguing and her mom screaming that she hated Rio! Years later her dad told her that her mom left and was never coming back and Rio felt it was her fault. She guess that was why she was a loner and shied away from people. For the longest time she sought a way to get to Turner Atkins, the most brutal mobster in Vegas, and she finally got her chance when he set up a meeting between them. Turner was power and money hungry, he had a plan for her to pretend she was his dead lovers daughter and get Audrey's relatives to dig up the treasure that was buried somewhere on Native American land when she knew where it was buried she was to call and he would take it from there. Rio had played small cons for years and she played dumb as a redhead. How was he white skin and red hair could she convince the Tajan's that she was family??

Sandra Edwards pens book one of the Broken Wings Trilogy where we are introduced to Maggie and Tajan a Washoe Native American. Maggie and her two sisters were bank robbers dressed as men. The had pulled off successful robberies before, but this time they ran into the sheriff and his posse! When gun shots ran out, the sisters scattered heading for the forest....................
Read more
Helpful
Comment Report abuse

mizztara71
5.0 out of 5 stars Treasure hunt and reincarnation.
Reviewed in the United States on March 2, 2015
Verified Purchase
I really enjoyed this story. Rio was a strong yet tortured heroine. I saw how her lack of a mother figure influenced her life. I found the buried treasure and the reincarnation angle fascinating. The love between Tajan and Maggie was heartfelt. The glimpses into their past life added to the intrigue of the story. Ms. Edwards did an excellent job creating a love that endured throughout time. No spoilers, but there was a little twist in the end that I didn't anticipate.

I would recommend this to anyone that wants to read a good story. I will definitely read the next book in the series.

Cath Curry
4.0 out of 5 stars Surprised by how good
Reviewed in the United States on May 16, 2012
Verified Purchase
Like most people, I expect to get what I pay for. Since this book is only $2.99, I wasn't expecting a high quality product. Happily, I was wrong. This is a good story.

I will buy another book by this author because of good plotting, but I'm hoping for an improvement in her writing skill. She has potential to be great.
Read more
One person found this helpful
Helpful
Comment Report abuse

Nikkye and Steve
5.0 out of 5 stars Slam dunk for Sandra Edwards
Reviewed in the United States on October 8, 2010
Verified Purchase
They say time heals all wounds but what if it doesn't? Rio Laraquette is about to learn just how true that phrase is. Recruitted to find a legendary pot of gold, Rio finds herself coming face to face with her past. Learning that she was indeed Maggie in a past life is a hard pill to swallow. Her heart begins to yearn for the love of her life Tajan who has been dead for over a hundred years. And learns of a family she never knew existed.

Broken Wings is a parnormal phenomemnon. I fell in love with this book from the first sentence. You will laugh, cry and your heart will ache for Rio to be reunited her true love. I can promise you won't be dissapointed with Broken Wings. Sandra Edwards is at her best with this one. Enjoy!!
Read more
One person found this helpful
Helpful
Comment Report abuse

Colleen Conklin
5.0 out of 5 stars A con, a legend, and a treasure
Reviewed in the United States on March 6, 2015
Verified Purchase
Forgotten Soul
Rio gets pulled into a con because she is a duplicate for this family's ancestor. While she searches for the treasure, she learns all about Maggie and Tajan and their tragic love story. As she visits different places, she starts to have strange flashbacks.
I love how this story unfolds... seeing how Rio learns about events in the past. This tale really drew me in. I really enjoyed seeing Maggie and Tajan story coming to life... how Rio ties into things.
Read more
Helpful
Comment Report abuse
See all reviews

Brigitte
5.0 out of 5 stars Loved
Reviewed in the United Kingdom on September 22, 2014
Verified Purchase
I really enjoyed this novel. A very touching love story and I couldn't turn the pages fast enough to get to the next one. Overall it was a well written and compulsive read.
Read more
One person found this helpful
Report abuse

david dee
5.0 out of 5 stars loved this book
Reviewed in the United Kingdom on July 20, 2013
Verified Purchase
a great read with good twists and turns enjoyable characters looking forwards to reading more from this author a top ten for me
Read more
Report abuse

millie’s mum
3.0 out of 5 stars not up to much
Reviewed in the United Kingdom on August 23, 2013
Verified Purchase
found this a bit boring - didn't hold my attention. The mark of a good book is when I stay up late because I need to find out what happens next. This book didn't do that for me..
Read more
Report abuse

Lu
5.0 out of 5 stars Excellent!
Reviewed in the United Kingdom on June 29, 2013
Verified Purchase
Fantastic book and I really enjoyed reading it. A great story and it doesn't end as you think it will. Will be reading more of the authors work.
Read more
Report abuse