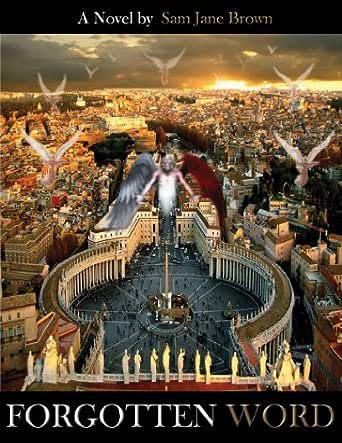 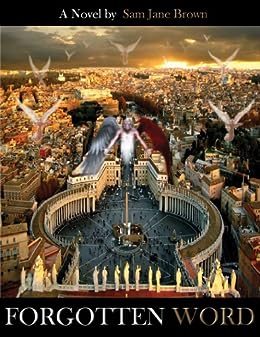 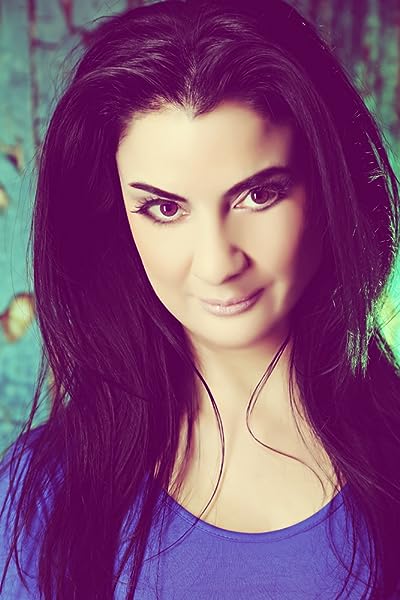 Author Sam Jane Brown's debut novel examines religion's role in society. Brown's debut book, "Forgotten Word," takes readers on a fast-paced journey that touches upon an array of thought-provoking points, including the role of religion and the potential impact of a new world order whereby religion is banned.

examiner.com/article/sam-jane-brown-examines-religion-s-role-society-with-debut-novel --This text refers to an alternate kindle_edition edition.

3.2 out of 5 stars
3.2 out of 5
79 global ratings
How are ratings calculated?
To calculate the overall star rating and percentage breakdown by star, we don’t use a simple average. Instead, our system considers things like how recent a review is and if the reviewer bought the item on Amazon. It also analyzes reviews to verify trustworthiness.
Top reviews

Hyouten
1.0 out of 5 stars I forgot it alright.
Reviewed in the United States on June 7, 2014
Verified Purchase
I wasn’t sure what to make of this book when I read the description. The first part made me imagine a book about a cop investigating Vatican officials who somehow involved themselves with criminal activities. That would have made for something interesting. And then this line followed:

“This leads to the overthrow of world religions, a shocking finale and the second coming of Jesus Christ.”

I should have just stopped right there and passed, but my curiosity got the best of me. Curse my curiosity because this book turned out to be quite… bad.

Forgotten Word follows Zena McGrath, an Irish lady working for the Interpol. She gets assigned to the case regarding priests dying mysteriously and is sent to the Vatican to investigate. Cardinal Donatello chalks it up to exorcism and convinces her to stay out of it. Another priest dies inexplicably in New York, Zena gets called on to the case again, and everything goes downhill from there.

Very early into the book I realized that this wasn’t going to be the crime mystery I hoped it was going to be. The moment it started mentioning the appearance of a demon, I knew it was going to be something else. The book had a supernatural edge to it, an aspect that is kept throughout the entire book and was cranked up to crazy levels of maximum towards the end. The investigation about the deaths is really just an instrument to move the events over; the real goal of the book is to convince you to stay religious.

To make matters worse, the writing in the book is atrocious. Never mind the fact that it’s written in present tense (this actually doesn’t bother me at all). The whole book is very robotic, making it boring very quickly. The descriptions are half-thought and has taken a backseat with all the telling that’s going on. The characters move like they’re on a fixed track with pre-programmed movements that will take place at a certain time. Considering the length of this book, I found the task of finishing this book to be quite mountainous.

And that ‘finale’? It’s shocking alright, but for all the wrong reasons. Suspension of disbelief doesn’t even work on the events that transpire for this finale because it’s just so ridiculous. It’s quite the comedy, really.

I would say that reading this book was a waste of my time, but it was my conscious decision to download this book and to start reading it. I had the choice to stop reading it and to move to something else, but I decided to plow through. After all, I wouldn’t have known its true depths if I didn’t go all the way. I’m just glad I got out of it sanely.

Amazon Customer
4.0 out of 5 stars Good read, easy to follow
Reviewed in the United States on October 19, 2016
Verified Purchase
In general, I really liked this book and its theme. Its plot, climax and scenes were perfect in timing and were not too drawn out. I also liked the fact that the religion theme was shown on both sides and perspectives. The only flaw with this book is the every now and again grammatical errors. Besides that, I thought the flow of the book was nice, and not drawn out. I liked the connections and the fact that it was not a romance involved novel; instead, you have a powerful female protagonist, who is intertwined with opposing sides fawning for her acceptance. Its conflict was relatable to people who are religious and nonreligious, and did a great job at not portraying stereotypes. I would give it a read if I were you.
Read more
Helpful
Comment Report abuse

K. Fitzgerald
2.0 out of 5 stars Had Stephen King or Dan Brown written this....
Reviewed in the United States on June 5, 2014
Verified Purchase
As my title states, If Stephen King or Dan Brown had written this, this book could have been phenomenal. All the bones of a gripping, engrossing story are here, it's just there's no muscle, no flesh, and certainly no heart or vital organs to breathe life into this book. I read another review that stated this book could not make up its mind: Am I an adventure? A romance? A philosophical analysis? A police story? It's a bit of all of these, I suppose. But that's not a good thing. There's all these loose ends -- basically the bones which lead to nowhere.

The plot itself has potential, with the Vatican being infiltrated by Satanists. Their reach extends as far as New York. For reasons I don't particularly understand, an Irish cop named Zena becomes involved in a Vatican investigation regarding a priest's violent murder. And then she's off to New York. The dialog is as flat as month-old soda. The descriptions are paltry and vague and nearly non-existent. It is absolutely frustrating! A book should bring characters and places to life. Zena eventually has this dark angel (one of satan's) actually following her around, and her reaction is just not believable at all. She's just so okay with it. Rituals, sacrifices. Yes, she's "upset", but that's about it. Upset just doesn't cut it.

Finally, I have to agree with all of the reviews that complain about sentence structure/verb tense. In this book, the verb tense is the strangest I have ever seen. It is jarring and pulls you right out of the novel, trying to figure out if you read it right. At first I chalked it up to, 'Well, maybe the author is a non-native English speaker'. That doesn't really make sense though, because a great deal of the text is properly written. The sentences that are bizarre often involve the verb Stand. Some examples: "They turn to their left and, stood there, visible to both of them...", or "And I'm stood in the middle and Satan touched my head," or "...the waiter is stood there." That is just so bizarre, and again, most all of them revolve around Stand/To Stand. I can't come up with any explanation whatsoever.

This book, or should I say the Idea of this book, wants to be good. It really does, but it just isn't. My honest recommendation is that if you like books revolving truly good versus truly evil, check out Stephen King's The Stand, or most anything by Dean Koontz. Even read the Dan Brown books if you enjoy Vatican conspiracies, etc. This one, sadly, fails on all counts.
Read more
One person found this helpful
Helpful
Comment Report abuse
See all reviews

I Monton
5.0 out of 5 stars unusual and attractive
Reviewed in the United Kingdom on March 3, 2014
Verified Purchase
I choose that rating, because the book is unusually interesting, the subject treated is not seen before.
It is highly controversial, but nonetheless can appeal to many readers, as it makes you reflect on your own believes.
Forgotten Word is written in such a style, that makes it very easy to read and therefore within reach to anybody.
The book is highly entertaining and keeps you curious until the very end.
His characters are very human and one's can relate to.
I suspect there is more to it and I hope that Sam Jane Brown will content us with a follow up.
This book is her first attempt at writing and in my eyes, a real success.
It is very detailed and I could see it in being made into a film.
I encourage anybody whose in for a good time to get it!
Read more
Report abuse

M White
3.0 out of 5 stars Too empty of substance
Reviewed in the United Kingdom on April 26, 2014
Verified Purchase
Another reviewer has used the term 'shallow', and I had that word In my mind throughout reading this. The characters have little congruence with their positions given to them in the story, and the overall plot is just lacking. If this is the author's first book then fair enough, as it reads like someone is having a go at writing without having the required skill to pull off a great result. But they have had a go, which is more than I have done, so maybe they will have a bit more experience from having written this when they come to work on their next publication.
Read more
2 people found this helpful
Report abuse

Spudie
5.0 out of 5 stars An excellent read
Reviewed in the United Kingdom on September 11, 2012
Verified Purchase
This book is fantastic. It has a gripping storyline that makes you not want to put the book down. It makes you think whether there really is more to this world then we think. The charachters all have their own stories within the plot, its extremely well written and easy to follow with a gripping end that makes you want more. I hope the author writes another so we can enjoy the adventures of Zena Mcgrath some more. I would highly recommend this novel to anyone.
Read more
One person found this helpful
Report abuse

BaytreeElla
1.0 out of 5 stars Complete drivel
Reviewed in the United Kingdom on July 23, 2013
Verified Purchase
This book is awful. Complete drivel. The plot was obviously worked out on the back of a cigarette packet and the characters are one dimensional at best. The author seemed to be more interested in telling you what time the main character went to sleep and woke up than expanding on the plot or her conspiracy theory. Rubbish!
Read more
One person found this helpful
Report abuse

moomin
1.0 out of 5 stars awful
Reviewed in the United Kingdom on January 17, 2014
Verified Purchase
I must say this book was one of the worst books I have ever read.Total rubbish,written very badly and the author does not know her subject.
Read more
One person found this helpful
Report abuse
See all reviews