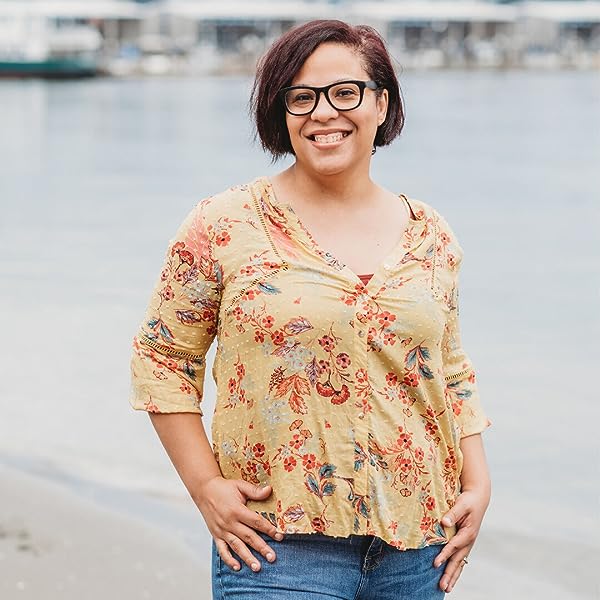 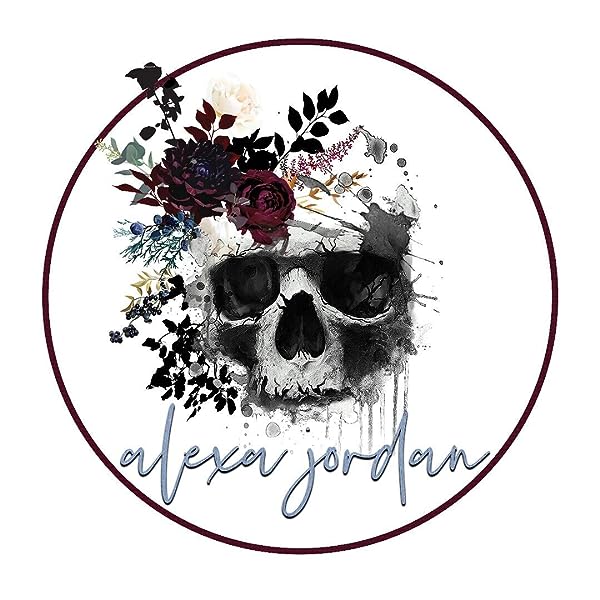 by Alexa Jordan (Author)
4.1 out of 5 stars 36 ratings
Book 1 of 3: Darkly Ever After
See all formats and editions
Sorry, there was a problem loading this page. Try again.

Once upon a time there was an innocent girl…and a ruthless crime lord sworn to protect her.

Helina has spent most of her life alone, hidden away from the world for her own protection, with her stepbrother Gregori her only company. A man who consumes her every thought, filling her with dark, forbidden desires. When he comes to her with promises of forever, she’s ready to give herself to him and his darkness.

Gregori knew the moment Helina turned eighteen, she’d be his ruin. The protection he once offered her from his father is now his obsession. Gregori wants to own every part of her, leaving no chance for any other man to claim her heart.

Even with monsters lurking in the shadows, nothing will keep him from claiming Helina as his.

His to protect.
His to control.
His to own.

"Write My Name Across the Sky: A Novel" by Barbara O'Neal for $6.45
The USA Today bestselling author of When We Believed in Mermaids returns with a tale of two generations of women reconciling family secrets and past regrets. | Learn more

SP
3.0 out of 5 stars Started okay but the acceleration was choppy
Reviewed in the United States 🇺🇸 on June 4, 2022
Verified Purchase
The book started off like it was going to be well-paced but their behavior was just bizarre. Acting like siblings and hiding their love for each other and he suddenly licks her neck and bites her ear but does want her to know he’s in love with her? Not the forbidden ooh lala secret romance it was heading towards. I felt like the author took their time setting the scene and then got choppy and impatient with the storyline.
Read more
Helpful
Report abuse

Anne Ahlefeld
4.0 out of 5 stars Darkly Ever After
Reviewed in the United States 🇺🇸 on February 7, 2022
Verified Purchase
I really enjoyed this book. I feel like this story ties in with another book I've read. Snow seems familiar , but I'm not sure. I can't wait for the next in TBE series.
Read more
Helpful
Report abuse

Crystal Parker
5.0 out of 5 stars ❤️
Reviewed in the United States 🇺🇸 on April 2, 2022
Verified Purchase
This was my first book by this author and I absolutely can’t wait for more ❤️❤️ 🥵🥵 ❤️❤️ 🥵🥵 ❤️❤️
Read more
Helpful
Report abuse

Marns
5.0 out of 5 stars °*🖤 His promise to protect her at all costs! 🖤*°
Reviewed in the United States 🇺🇸 on January 28, 2022
Wow, Alexa Jordan’s first outing with FORSAKING ALL OTHERS was an amazing surprise to have got my hands onto. It had all the ingredients that made for a dark romance that I very much enjoyed.

I believe that our hero, Gregori was such a gorgeous man. Yep, he was deadly, vicious and ruthless. He had to be to have survive the life that he’d been dragged into at the age of 10, but, and this is the big but for me, he was honourable, and followed the rules of engagement within the Bratva that he was a part of. Even when dealing with the scourge that was his father and the men he surrounded himself with, Gregori demanded and maintained that stance of ruthless respect and loyalty that he applied to himself and others, eventually inspiring the loyalty of most of his father’s men. They’d had enough of the organisation being surrounded by the sheer evil of his morally destitute father and the black soul that inhabited his body. Family were to be respected and protected, not used and abused.

It was that black soul who wanted to mar the beautiful innocence of Gregori’s younger sister, Helina, who had held his heart since the moment she’d been placed as a baby into the arm’s of her young teenage step-brother. Over the years, he’d loved her company and watched out for her, until her mother’s death when she was 11 and her life changed, when Gregori’s father demanded the payment promised when he married her mother.

This is where we saw Gregori step up and be the morally grey knight that he is. A ruthless Bratva heir, the very definition of an alpha-male, he protected Helina at all costs, and any who crossed his obsessively protective line paid the ultimate price.

Helina was so young when we first met her character, and I really loved seeing her changing POV as she grew up in cloistered security away from the eyes of the world, and most importantly, Gregori’s father. She’d always been the centre of her big brother’s world and treated as a princess yet her isolation hadn’t spoiled her temperament, so due to this timeline, the book called be called a slow burn, and it absolutely worked. Her changing feelings towards Gregori, her step-brother, changed from childish hero-worship to a woman’s appreciation of a gorgeous male specimen, as his did as she matured into proper adulthood, had the romantic chemistry heat up at an alarming rate, until the pages finally caught fire!!! 🔥🔥🔥

There was always going to be ill-doing going on in the background, so all sorts of power-exchanges had been going on between Gregori and his father who hadn’t given up looking for Helina. This was where we saw that FORSAKING ALL OTHERS also had some pretty awesome secondary characters who were loyal to our couple, and I’m absolutely looking forward to reading more in this world. They rounded out the book in the best possible way, providing a way forward into more books I’m hoping.

If you’re into dark mafia based romances that are at the lighter end of the spectrum, or are wanting to explore this type of genre, then I recommend this book to you, especially if you like a little bit of an age gap going on. For me, FORSAKING ALL OTHERS by Author Alexa Jordan is 4.5-Stars 🖤*°

But, there is a true romance, there is a happy ending. This is an age-gap, forbidden romance, until you realize it’s not technically forbidden.

Gregorio adores his younger sister, Helina and protects her with everything he has in him, even protecting her from their father, Nickolai, who has a dark, secret and burning desire to possess her. Nickolai knows she is not his daughter, and Gregorio learned she is not his sister on her mothers deathbed.

Gregorio hides Helina for 8 years, until she turns 19 and he can’t hold back his own desire for his step-sister, nor can she as she has fallen in love with him as well.

This is where the kidnapping comes into play, but Gregorio doesn’t let Nickolai win and in the end he saves his prized possession, Helina.
Read more
Helpful
Report abuse

Ashley Cestra
4.0 out of 5 stars Ohh.
Reviewed in the United States 🇺🇸 on March 7, 2022
What a great story! I really enjoyed getting to know these characters! Even thought I saw the plot twist from the first few pages I very much liked reading how it happened! Excellent story!
Read more
Helpful
Report abuse

Flo
4.0 out of 5 stars Obsessive love
Reviewed in the United States 🇺🇸 on January 28, 2022
Steamy scenes, obsessive forbidden love, betrayal and revenge, all ingredients of this well written mafia.. The love between the step-siblings Gregori and Helina starts from childhood, when he wants to protect her from his father. For a long time he manages to keep Helina hidden from the world, but reality catches up with them and Gregori has to fight for his beloved.
An entertaining story, sometimes a bit sentimental and over the top, but very powerful, and a nice size to read.

Heather
4.0 out of 5 stars Dark and steamy!
Reviewed in the United States 🇺🇸 on January 29, 2022
This is Alexa’s debut novel of a dark, modern day fairytale. Gregori is a mafia prince set on protecting Helina at any cost. Their chemistry is explosive after they give in to their desire for each other. I enjoyed this book and the characters were very interesting.
I would check trigger warnings before reading. I recommend this book to anyone who likes dark mafia romance that’s suspenseful, fast paced, and full of steamy times!
Read more
Helpful
Report abuse
See all reviews