You've subscribed to Forte! We will preorder your items within 24 hours of when they become available. When new books are released, we'll charge your default payment method for the lowest price available during the pre-order period.
Update your device or payment method, cancel individual pre-orders or your subscription at
Your Memberships & Subscriptions
There was an error. We were unable to process your subscription due to an error. Please refresh and try again. 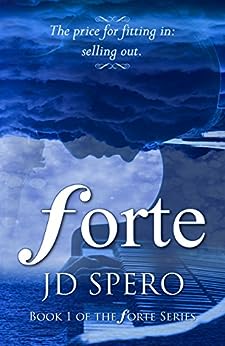 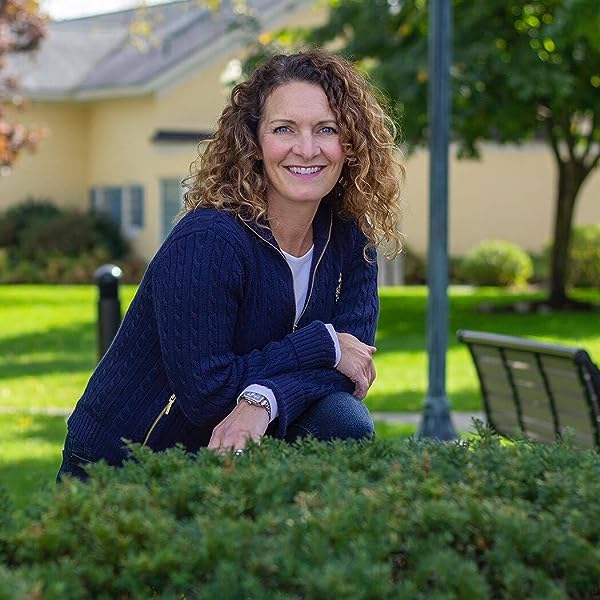 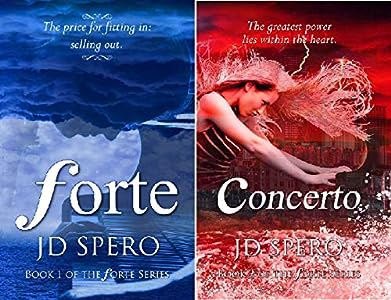 Forte initially seems like a typical young adult coming of age story, but quickly becomes a page turner, pure and simple! The characters are engaging and realistic, and some of the situations so plausible that it doesn't feel like a fantasy book even though there are definitely fantastical elements in the story line. Top notch storytelling!
- Peggy Ohman, Librarian, Saranac Lake Free Library & 2015 Adirondack Literary Awards judge

Young Adult Magical Realism / Urban Fantasy is a genre I feel comfortable writing in because I could infuse a touch of magic into a realistic setting. I was never a hard-core Sci Fi reader or writer and the thought of building entire worlds from scratch intimidates me. But I love the idea that a little magic could be found just around the corner -- or in the next town.
About the setting: Whitehall, New York holds a special place in my heart.Founded as "Skenesborough" by British Army Captain Philip Skene at the southerntip of Lake Champlain in 1759, it was renamed Whitehall after the RevolutionaryWar. Bordering Vermont, Whitehall showed us small-town hospitality when theTown Hall clerk met me and my husband off hours as we traveled in fromMassachusetts to give us our marriage license for our New York wedding.
About the title: This book was originally titled Play for Panic, as in "play volleyball for Coach Panic." The story grew from this play on words. Panic is the actual nickname of a beloved coach at my former high school (Lake George). Certainly not a villain! So, I changed the name of title and character.
About the sport/music motifs: Touching on the archetypal "athlete vs artist" rivalry that happens universally in high school, I chose to use volleyball and piano to represent the opposing sides. But I don't play either! I tried piano lessons as a girl but didn't get very far. Sami's clumsiness playing gym-class volleyball pre-magic absolutely mirrors my experience.

Johannah Davies Spero, author of the award-winning Catcher's Keeper, draws on her experience as a high school teacher--this time with a social concern. A graduate of Lake George High School in update New York, she played against Whitehall (Skenesboro) in sports, although her first love was in the arts. She has also worked as an actress, a yoga instructor, web design entrepreneur, and freelance writer. She now lives in the Northeast with her family, and has a Nevus spilus on her left hand. jdspero.com
Read more

4.3 out of 5 stars
4.3 out of 5
35 global ratings
How are ratings calculated?
To calculate the overall star rating and percentage breakdown by star, we don’t use a simple average. Instead, our system considers things like how recent a review is and if the reviewer bought the item on Amazon. It also analyzes reviews to verify trustworthiness.

Chris W.
4.0 out of 5 stars Good YA Novel
Reviewed in the United States on August 30, 2016
Verified Purchase
I recently finished reading the eBook, Forte by JD Spero. This is a book of love, friendship, and situations that make you realize what you are actually capable of handling. It also shows the reader how it is cool to be who you are, and not changing to be "Cool".

I loved how the JD wrote each character. The story follows Sami, who just moved to Skenesboro from NYC, which is the hometown of her mother. She is an aspiring pianist, and then tries out for the volleyball team which she makes, and she begins taking this enhancement drug to help her play. She also learns that this is taking away her ability to play the piano. She has to decide what and who she wants to be.

She has the help of her true friends, and her mom, and finally makes the right decision.

Once I began reading the book the first day I didn't want to put it down, and it was a really good read.

Full Disclosure: I received this product for free or at a discounted price for my honest opinion. I am not under any obligation to provide a positive or 5 star review. This is my honest opinion.
Read more
One person found this helpful
Helpful
Report abuse

Amazon reader
5.0 out of 5 stars The spooky side of high-school peer pressure
Reviewed in the United States on March 30, 2016
Verified Purchase
Oh, the drama of high-school girls. I never played volleyball nor piano but reading this, I felt like I knew so much about both. Love that the author based this spooky tale in a place she knew well. The pressure we all have to fit in ... the art vs. sports tug of war ... so very high-school. Both young and old will enjoy this.
Read more
One person found this helpful
Helpful
Report abuse

Jirinka
4.0 out of 5 stars Great young adult fiction
Reviewed in the United States on January 24, 2018
Young adult fiction has for a while become somewhat stagnant in the whole vampire, supernatural genre, which I must admit I do enjoy as one of my guilty pleasures. But after reading Flawed by Cecelia Ahern and then this book I feel like this genre is now getting much bigger and covering more of the modern day issues that youngster these days have to face.

Forte started off slightly confusing and I couldn’t really identify with the main character Sami until about third of the book through. I found her too easy to jump between the two sides and I also found her so-called new friends unhelpful in their multiple warnings with no explanations – I would be frustrated so no surprise that Sami was. Being a pianist all her life, suddenly she signs up to the volleyball team. Her mum warns her against the team and the fascinating blue drink the athletes seems to drink like water, but of course being a typical teenager, Sami knows better and has to learn from her own mistakes before it’s too late and she loses her ability to play the piano forever.

What was quite well portrayed in this book was the peer pressure young adults go through to be with the cool gang, to be athletic, to look a certain way and to be noticed by the ‘right’ crowd. There is a clear sense of hierarchy and class separation at the school Sami attends as the new girl.

It’s an enjoyable book and I would say quite unique in its storyline and ideas.
Read more
Helpful
Report abuse

Jill
5.0 out of 5 stars Fantastic Summer read!
Reviewed in the United States on July 12, 2016
Being the new kid at school is never easy, but having a talent and being so gifted at playing the piano makes the transition attract the attention of a boy named Jason and a girl named Brenna. This has been a gift of Sami's to play the piano so effortlessly and when her mom moves her from New York back to her home town to enhance that talent, Sami begins to quickly learn things aren't always what they seem. In order to fit in with the "cool" crowd Sami is pressured to try out for the volleyball team and to drink some mysterious blue liquid that seems to improve her volleyball skills as well as the other players. Although she promises her mother she won't try it... sadly she becomes addicted to it and the side effects are becoming devastating! Will Sami be strong enough to turn her life around and help others who need her? A very interesting story line unfolds....
I really enjoyed this book and couldn't put it down! It was not what I expected, it was even better with all the twists and turns that occur throughout each chapter. How Greek mythology gets interwoven into a story that captures your attention and makes you wonder why? What happens is an unexpected thrill in what appears to be a young adult story, but it definitely exceeds beyond that into an enjoyable read for adults as well! Highly recommend putting this book on your summer reading list!

*I received this ebook for free in exchange for my honest review. All opinions are my own *
Read more
One person found this helpful
Helpful
Report abuse

Amazon Customer
5.0 out of 5 stars What's your Forte?
Reviewed in the United States on August 9, 2016
I have to say that although I received this book for free in exchange for my honest opinion I would have paid for this book without hesitation.
This is a perfect YA book for any age, even "non-YA" readers like me.

It was the perfect reminder of how cliques and the need to "fit in" at any cost happens in High School but yet doesn't have to make you an outcast or excluded if you can be strong enough to trust your "inner" talents. It could be a perfect book for pre-High School crowd to read before they get into the heavy cliques of High School, especially if they have felt like they didn't fit in during Middle School.

One of the things I enjoyed about this book was although there was an element of mystery/fantasy/magic the age old story of one group trying to be better than another, to out shine the other was shown here.. It didn't make one bad and one good, just one into the arts and one into sports. Both groups were "good" kids, just trying to showcasing their "talents" in different ways, with one looking for an "edge" that doesn't come naturally..

The take away, in my mind, is that although we are all different we CAN get along. If you are good at something, you don't need to have any "external" help ... you just need to put your heart and soul into your talent to make it shine.
The "external" or "special" help doesn't last, but making your talents shine naturally is what helps to make YOU into the YOU that you were meant to be.

As mentioned above, I received this book for free in exchange for my honest opinion.
Read more
One person found this helpful
Helpful
Report abuse
See all reviews

Jim Davies
5.0 out of 5 stars Spero does it again
Reviewed in Canada on March 27, 2016
Verified Purchase
JD Spero returns with another excellent book. Her first novel was historical fiction that surrounded the events of John Lennon's assassination. "Catcher's Keeper" was terrific, with excellent characterization. "Forte" shows Spero's versatility, bringing her excellent command of character and storytelling to a young-adult supernatural novel.

It is a low-magic urban fantasy, set in a small town with a high school embroiled with a sports-arts rivalry. A newcomer is dropped in the middle of it, and finds that the rivalry goes deeply and magically into the town's characters and history. I very much enjoyed it.
Read more
Report abuse
See all reviews
Back to top
Get to Know Us
Make Money with Us
Amazon Payment Products
Let Us Help You
EnglishChoose a language for shopping. United StatesChoose a country/region for shopping.
© 1996-2021, Amazon.com, Inc. or its affiliates