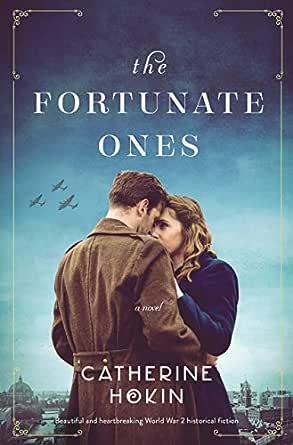 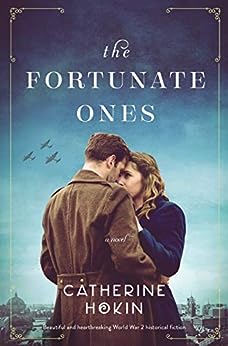 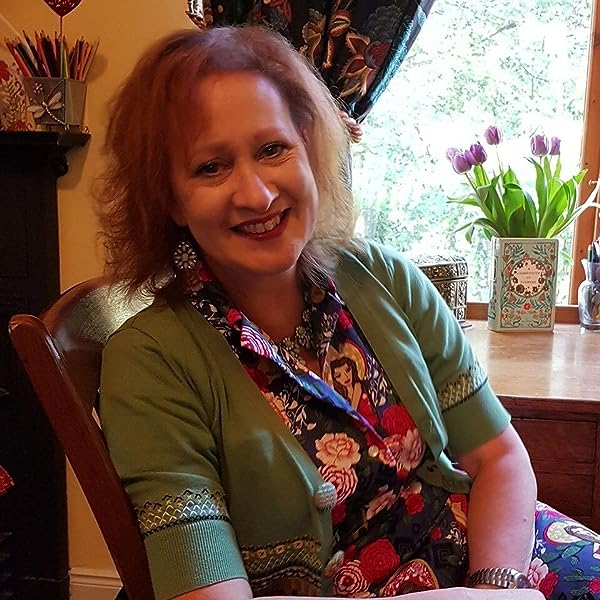 4.5 out of 5 stars
4.5 out of 5
1,098 global ratings
How are ratings calculated?
To calculate the overall star rating and percentage breakdown by star, we don’t use a simple average. Instead, our system considers things like how recent a review is and if the reviewer bought the item on Amazon. It also analyzes reviews to verify trustworthiness.
Top reviews

Lee Husemann
5.0 out of 5 stars Historical Fiction at its best!
Reviewed in the United States on January 20, 2020
Verified Purchase
This story begins in Berlin in 1941 where Felix, a mischling and a printer's apprentice lives with his parents. Inge is wealthy and is about to enter into an arranged marriage to a wealthy, older physician. Shortly before the wedding, Inge's best friend, Liesl talks her into going to a dance for one last chance to have some fun. At the dance, Felix and Inge meet, dance and share a few kisses and they both fall madly in love with each other. They meet one more time before she marries and Felix and his father are deported to a work camp. The book toggles between Felix's struggles in the prison camp and his life after the liberation and Inge's life as a Nazi physician's wife. The story spans from 1941 to 1956 in Berlin. This was a very emotional and heartbreaking read at times and it was hard to put down. Thank you NetGalley and Bookouture for the ARC of this fantastic book in exchange for an honest review. I highly recommend this book to anyone who loves WWII Historical Fiction books.
Read more
17 people found this helpful
Helpful
Comment Report abuse

CGaudreau
VINE VOICE
5.0 out of 5 stars Different approach to a WWII novel
Reviewed in the United States on January 26, 2020
Verified Purchase
This was a really good book. At first, it was confusing. Hokin has a bit of a disjointed way of writing. Whether it is seguing into new ideas through paragraphs or chapters, or starting new ideas or going from past to present, they could've been made clearer with a bit of editing expertise.

That said, for a first novel, this was terrific. The characters popped with their different personalities and mannerisms. Detail was very well illustrated. Felix was a strong character, surviving his horrible ordeal at concentration camps with the hope of finding his "Hannah" and having a life with her. His fixation of her was needed more for his survival than her needing to find him again.

Max was an atrocious man of the Nazi party, basically Mengele's twin in conducting medical tests and experiments on Jews and others the Nazis deemed unacceptable. His calculating ways kept Inge fearing for her life. The only reason she was kept alive was for their son Wolf, who Max poisoned with lies and manipulation about Inge. But Inge was far smarter in the end than Max could've suspected. SPOILER ALERT... Although, Inge and Felix did not ultimately get together, I think that was the best result considering the perfect expectations Felix had of her. I love how Hokin made the story interweave and circle around to the coincidental ending. It seems to me that Max and other Nazis would've gotten away with their atrocities had Inge and Felix gotten together before he was taken away and she married Max. It was a sound storyline.

I wish there would be a sequel. I want to see Max and the others who escaped to be found and punished. I definitely recommend this book.

Jewell
4.0 out of 5 stars Two World War II lovers--were they fortunate?
Reviewed in the United States on February 3, 2020
Verified Purchase
I was impressed by the knowledge of World War II history shown in this novel. There were so many details about the war –from the prewar conditions in Germany, the war itself and the bombings, the concentration camps, life of the top Nazi officials and their wives, the post-war division of Germany, the escape of some top Nazis to Argentina, the war trials. This book takes its two main characters through all this history. Felix is an artistic young man whose father is Jewish (is his name, which means happy or lucky, ironic?); Inge is the perfect blond German girl. Felix, the ultimate romantic, after two meetings with Inge idealizes her as his love, his beacon of hope in all the following horrors of a concentration camp and after—though he thinks her name is Harriet and that she is Jewish. Inge, as the “forced” wife of an abusive Nazi doctor, always remembers Felix as well. Both, then, are in different ways enslaved. Sometimes in these World War II novels (as in real life) there are happy endings—the two parted lovers miraculously find each other. The ending of this novel on one hand rationally impressed me, and on the other left me emotionally uncomfortable and wondering: who are “the fortunate ones”?
Read more
5 people found this helpful
Helpful
Comment Report abuse

Kindle Woman
5.0 out of 5 stars An Unforgettable WWII Love Story
Reviewed in the United States on May 31, 2020
Verified Purchase
I spotted this book on Bookbub and bought it on Amazon. Inge, a young woman who becomes trapped in a dangerous marriage in wartime Germany, and Felix, a young man who never quits despite the odds, were embedded in my mind. I cheered for Inge. I cheered for Felix. I shuddered at their situations... abusive marriage... prison camp... I watched their innocence fade as World War II shook their lives. I wanted them to be together, each to be safe. I hoped they’d find their way back to each other, as one (reluctantly) began the process of leaving war-torn Germany... I will not share the outcome. The pacing is excellent. The author’s descriptions and dialogue are brilliant. I did not expect the ending. I highly recommend The Fortunate Ones.
Read more
5 people found this helpful
Helpful
Comment Report abuse

pamarella
5.0 out of 5 stars A great story!
Reviewed in the United States on March 2, 2020
Verified Purchase
I really enjoyed this book. In the beginning I wanted it to pick up speed and it did. The author did a great job of giving Felix and Hannah (Inge) their stories of heartbreak and pain. It was heartbreaking visiting the suffering in the camps Felix was apart of. Hannah kept him going. Equally heartbreaking for Inge living with a ruthless, cruel man. I don’t want to give up more of the story. It’s hard to say more without spoiling it. The tragedy of the Jews, the town of Berlin and the suffering of Inge are all expressed very well. I was surprised at the ending. But it does make perfect sense. I believe others will enjoy this tragic love story as well.
Read more
5 people found this helpful
Helpful
Comment Report abuse

Joyce Shaughnessy
5.0 out of 5 stars New Fan of this Author!
Reviewed in the United States on March 15, 2020
Verified Purchase
This was a very exquisitely written story about two people caught up in the tragedies of WWII. One was labeled as Jewish because his father was and the woman was pledged to and married a doctor who was a dedicated member of the Nazis. She was young and ignorant of the lies behind the party. The man was sent to the camps. The plot is intricate, but the author managed to weave this complicated story really well because of her wondrous way with words. I can't recommend this book highly enough. It is one that I will read again later, because she is talented and skillful writer.
Read more
3 people found this helpful
Helpful
Comment Report abuse
See all reviews

The Fortunate Ones
by Catherine Hokin
Pub Date: 20 Jan 2020
Review by

Lara
5.0 out of 5 stars A story that stays in your heart
Reviewed in the United Kingdom on February 5, 2020
Verified Purchase
Beautifully written, harrowing but insightful, a terrific account of some lesser known aspects of WW2. I found this book one of the best I've read in a while. Well researched, well drawn and developed characters and a story that draws you in from the first few pages. I read a lot of WW2 novels and this one, especially the relationship between Felix and Inge, will definitely stay with me. I liked the way it switched between characters and locations, but never lost continuity. There are some very vivid scenes that will be hard to forget. I look forward to reading more works by this author.
Read more
One person found this helpful
Report abuse

Curley
5.0 out of 5 stars Wonderful read
Reviewed in the United Kingdom on February 29, 2020
Verified Purchase
This book was amazing would recommend to friends and family good story about the second world war but would like to read more about what happened to wolf Inge son and Felix and kitties life a another book would be good about Felix and kitty's
Read more
2 people found this helpful
Report abuse

Amazon Customer
3.0 out of 5 stars Starts well
Reviewed in the United Kingdom on March 1, 2020
Verified Purchase
Started well but pace slowed for me I enjoyed felix story but inge not so much. The relationship between her and her husband I thought could have been bit deeper described , to really bring out the power struggle instead she seemed just a bit silly.
It’s not a bad book but I have read many more around this era and topic that deserved higher recommendation. Therefore I have gone middle of the road with stars
Read more
Report abuse
See all reviews