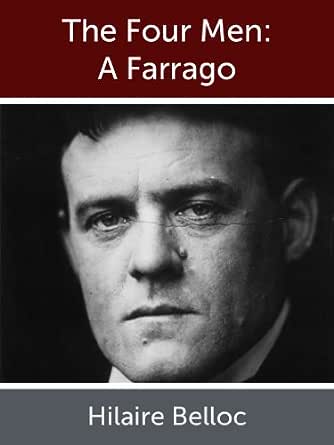 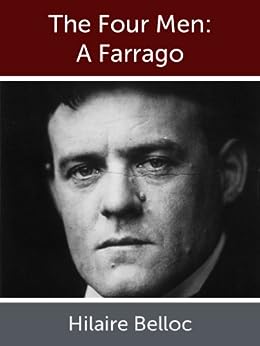 Hilaire Belloc was born at St. Cloud, France, in 1870. He and his family moved to England upon his father s death, where he took first-class honors in history at Balliol College in Oxford, graduating in 1895. It has been stated that his desire was to rewrite the Catholic history of both France and England. He wrote hundreds of books on the subjects of history, economics, and military science, as well as novels and poetry. His works include The Great Heresies, Europe and the Faith, Survivals and New Arrivals, The Path to Rome, Characters of the Reformation, and How the Reformation Happened. --This text refers to an alternate kindle_edition edition.

4.1 out of 5 stars
4.1 out of 5
20 global ratings
How are ratings calculated?
To calculate the overall star rating and percentage breakdown by star, we don’t use a simple average. Instead, our system considers things like how recent a review is and if the reviewer bought the item on Amazon. It also analyzes reviews to verify trustworthiness.
Top reviews

Randolph Severson
5.0 out of 5 stars a beautiful, haunting treasure
Reviewed in the United States on November 7, 2013
Verified Purchase
This is a strange, wonderful and haunting book that I re-read every autumn. In rich, sombre and beautiful, elegiac prose, layered over and over with limpid description of drinking before a fire, of striding up a hill, or shuffling through smoke scented leaves, of the freshness of first light in the morning, the rolling earth, the vault of the sky, awakening content and wistful from a dream-filled sleep, it is the story of a far travelled world weary man returning home on a walking tour in the company of three companions, Grizzlebeard, the Poet and the Sailor, who are also aspects of himself, faces of his own immortal soul, with whom he shares his journey, his meals, his memories, his meditations and reflections. The talk is rich, the thoughts profound, the wisdom that can be derived from this classic, unending. I highly recommend it.
Read more
30 people found this helpful
Helpful
Comment Report abuse

propertius
5.0 out of 5 stars A Very Difficult Review
Reviewed in the United States on January 26, 2014
Verified Purchase
How to describe this book. A travelogue, a paean to county Sussex, a hurly burly of thoughts, reflections, musings about poetry, philosophy, the meaning of life, unrequited love, archeology, medieval England?

Let us say that this long lost gem lacks the lapidary precision of most travelogues and herein lies its charm, because it is all of these and more. It allows us to experience a world long gone by and cannot be duplicated. Walking tours such as this are unknown in America, although some English associates do say that they are still done to some extent in the midlands and northern parts of England. What cannot be duplicated is the breadth, knowledge, and erudition of Mr. Belloc and his world. He might be called the last great essayist, although I hope to stand corrected and alerted to any additions to that list.

But back to this marvelous book it is the small conceits and prejudices that I find so amusing. Certainly his love of Sussex is bucolically described and there is a tinge of satire there. His prejudices? Well he does call German the language of the devil. Unrequited love? Between the pain that Grizzlebeard experienced and the results of the love, one can't help thinking that Hilaire is jesting with the emotions of young love.

The linguistic style may be a bit foreign to contemporary tastes since he was an Edwardian to some extent but once you acquaint yourself to his style, you will find a manner that should enhance your own way of expressing yourself.
Read more
13 people found this helpful
Helpful
Comment Report abuse

A. Reader
4.0 out of 5 stars Very interesting, insightful, & fun. Parts are Sublime.
Reviewed in the United States on February 14, 2018
Verified Purchase
A insightful yet playful romp across Sussex with "four men" who (spoiler) are the four prominent parts of one man, the author.
The best parts of the book are the sections when you can really feel the love Mr. Belloc has for his homeland. Unfortunately you can also feel the dread he feels as he sees the land and his country changing for, in his opinion, the worse.
Some passages are truly beautifully written; the whole book is worth those paragraphs.
Modern readers are sure to be board at points during the journey but they will, none-the-less, appreciate the unique style of a one-of-a-kind writer.
PS: If you read The Four Men: A Farrago  The Four Men: A Farrago  and think you have had enough of Belloc's walking tales, you are wrong. DO NOT be dissuaded from taking up his classic The Path to Rome  The Path to Rome . That volume is not just a Belloc masterpiece but is a masterpiece of modern era English literature.
Read more
3 people found this helpful
Helpful
Comment Report abuse

Max Bville
5.0 out of 5 stars What's a Farrago?
Reviewed in the United States on November 30, 2014
Verified Purchase
There is a reason Belloc's work is still in print - it's well worth reading. Belloc is brilliant. For those that loved Kerouac's On the Road; the Farrago blows that books doors off. The Farrago is one of the great books of the 20th century. You owe it to yourself to read the truth.
Read more
4 people found this helpful
Helpful
Comment Report abuse

Nicholas Casley
3.0 out of 5 stars Woe to Hayling Island
Reviewed in the United Kingdom on October 30, 2013
Verified Purchase
This is a review of the Oxford University Press's `Twentieth-Century Classics' edition of 1984 with a ten-page introduction by AN Wilson. The novel itself only takes up 162 pages. Belloc wrote the book in 1911 when he was forty-one and perhaps starting to feel the intimations of mortality. Indeed, at the end of the journey described in this book, having left his companions to carry on the way, the main character "recognised that I was (and I confessed) in that attitude of the mind wherein men admit mortality; something had already passed from me."

In his introduction, AN Wilson asserts that Belloc is not read today because we cannot bear to contemplate his wisdom, "the wisdom of a man who says `I told you so' after the horse has bolted, and who is not entirely sorry to point out that the stable door, far from being better closed, was warped and torn from its hinges years ago." Rather, Wilson proposes that `The Four Men' "is like a series of happy snapshots taken at random before a cataclysm."

The novel is set over five successive days, starting on 29 October 1902, or the evening thereof to be precise. The place? `The George' inn at Robertsbridge on Sussex's border with Kent. Over the next few days, Belloc tells the tale of a group of four men who walk from this eastern outpost of Sussex to a western one at Harting on the border with Hampshire. In effect, the book is Belloc's homage to "this Eden which is Sussex still."

It is more than that, of course. Much of the book consists of each of the four characters telling tales, or "nothing but interminable stories" as one of them complains. The work has the occasional amusing moment, especially when partisan prejudices are involved, such as Belloc assuring his readers that whilst fair Sussex and its folk will not suffer on the Day of Judgement, "a horrible great rain of fire from Heaven" will strike all around, "and very certainly Petersfield and Havant, and there shall be an especial woe for Hayling Island."

There are words of occasional wisdom too, as Wilson attests, for instance the Poet asserting that the best thing in the world is a compound of "great wads of unexpected money, new landscapes, and the return of old loves." But what of that cataclysm that Wilson refers to in his introduction? Well, the clue is in the timing: set in 1902, but written in 1911, the novel frames the dramatic introduction of the motor car to the Sussex countryside. Wilson says that "Belloc knew he was immortalising a world which was soon to vanish forever; destroyed not by accident but by human folly."

This is all `true', but does that make `The Four Men' a good read? I read it after coming to know the county a little bit more. County places, county people, county traditions, and county lore are all contemplated as the four men journey from east to west. Stories and arguments abound between dawn and dusk of each day, or even between dusk and dawn. It is a novel of its time, certainly - it would be an interesting experiment to write something similar today - but for this reader of the second decade of the twenty-first century, I cannot hand on heart say that Belloc's tale is a riveting good read. But, then, I'm not from Sussex.
Read more
3 people found this helpful
Report abuse

Le gros jerseyais
4.0 out of 5 stars Belloc’s Four Men.
Reviewed in the United Kingdom on January 11, 2019
Verified Purchase
This description of a walk across Belloc’s beloved Sussex is wonderful to read. It is imbued with his view-of-life, which is based on his intensely-felt Catholicism. His characters are based on aspects of his own personality and so give fascinating insights into the personality of this odd, intelligent man. “The Four Men” is worth reading.
Read more
Report abuse

Bookworm Not
5.0 out of 5 stars Great book
Reviewed in the United Kingdom on January 24, 2019
Verified Purchase
Bought this as a gift and it has been very much enjoyed by a person who loves West Sussex.
Read more
Report abuse