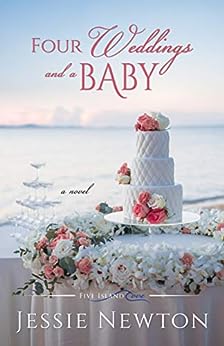 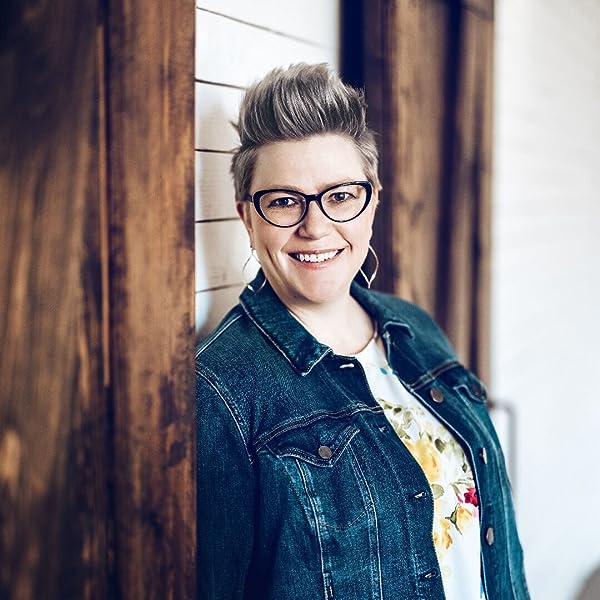 by Jessie Newton (Author) Format: Kindle Edition
Book 6 of 9: Five Island Cove
See all formats and editions
Sorry, there was a problem loading this page. Try again.
Four weddings and a baby are on their way to Five Island Cove!

Eloise has been waiting for her dream wedding for months. When the Cove Chronicles calls it "the wedding of the year" and literally the whole town is invited, she wants everything to be perfect.

Laurel Baker has just been promoted to detective in the narcotics unit, and her first case is one that's gone unsolved for a year now. She's desperate to find out who's bringing drugs into the cove, but each clue she uncovers leads to one of the women she's grown to love.

She has to juggle her friendship with Alice, who's started a new relationship with her children's guidance counselor. And Kelli, who finds herself with a new boyfriend...who happens to live right next door to her. Laurel doesn't want to hurt AJ, who is off her pregnancy bed-rest now, but her new challenge is meeting her fiancé's grown children–and the reception isn't all rainbows and sunshine.

AJ's determined to go through with the wedding, even if not everyone is thrilled it's happening. Laurel can always rely on Robin, as she's planning Laurel's end-of-summer wedding.

But Robin's busier than ever as she's taken on dozens of clients to pay for her husband's new fishing boat and Duke is off to Alaska again.

Kristen is usually there to pick up any pieces that fall, but this summer finds her moving into a new house for the first time in fifty years.

When Laurel finally uncovers the truth, fingers are pointed in every direction, friendships are threatened, and romantic relationships strained. And who will be the ones standing at the altar for that fourth wedding?

Join Alice, AJ, Kelli, Robin, Kristen, Eloise, and Laurel as they learn how strong they really are, and the great power they hold as women, and as friends, in any circumstance.
Read more
Previous page
Next page

Next 3 for you in this series See full series
Total Price: $17.37
Books In This Series (9 Books)
Complete Series
Five Island Cove
Kindle Edition
Page 1 of 1Start OverPage 1 of 1
Previous page
Next page

Jessie Newton is a saleswoman during the day and escapes into romance and women's fiction in the evening, usually with a cat and a cup of tea nearby. The Lighthouse is a feel-good, heartwarming women's fiction novel about best friends and the power of female relationships. Learn more at www.authorjessienewton.com/and join her newsletter at https: //www.subscribepage.com/jessienewton --This text refers to the paperback edition.

Jessie Newton is a saleswoman during the day and escapes into romance and women's fiction in the evening, usually with a cat and a cup of tea nearby. The Lighthouse is a feel-good, heartwarming women's fiction novel about best friends and the power of female relationships. Learn more at www.authorjessienewton.com/and join her newsletter at https://www.subscribepage.com/jessienewton

Amazon Customer
4.0 out of 5 stars An Exciting Friendship
Reviewed in the United States 🇺🇸 on November 16, 2022
Verified Purchase
Four Weddings. What could top that? A drug bust for the biggest bust in this small town. Involves a host of big shots in the town. Close friendship of a handful of women. What a friendship. Good book.
Read more
Helpful
Report abuse

Clarissa
5.0 out of 5 stars Friendship is such a blessing
Reviewed in the United States 🇺🇸 on October 1, 2022
Verified Purchase
Friendship is such a blessing this book doesa great job of displaying all the sides of frienship. I feel like i am apart of the seafaring girls.
The authir has such a way of pulling you and making you feel invested in the lives of these ladies.
So much love, affection, caring, sacrificing, & much more. The story develops at a steady pace.
I definitely recommend.
Read more
Helpful
Report abuse

Kindle Customer
3.0 out of 5 stars Definitely Not a Stand Alone Book.
Reviewed in the United States 🇺🇸 on November 6, 2022
Verified Purchase
I got this book because the title and cover caught my eye. I've not read any of the others in the series. (This is book 6) Usually I can pick up the story line and attach to the characters, but I slogged through this story. There were so many characters with complex back stories I couldn't keep them straight. It wasn't until the last few chapters that I knew who was married or marrying who. I had to keep searching the book when I got lost. One thing that certainly didn't help is that two chapters never tied together. Every chapter switched to a new person and storyline. I liked the camaraderie between these women, but I wish there had been a warning to read books 1 through 5 first. I always finish what I start so I made it to the last weddings.....happy endings for all.
Read more
Helpful
Report abuse

Retired Teacher Barb
4.0 out of 5 stars just a little warning
Reviewed in the United States 🇺🇸 on August 5, 2022
Verified Purchase
I read book one a few years ago and for whatever reason, I didn’t continue the series (life sometimes gets in the way). I saw this one and remembered the series title, and dived in. If you haven’t read the other books, it’s hard to follow all the characters. If you are reading them in order, it’s a great next book!
Read more
Helpful
Report abuse

Carolina Moon
4.0 out of 5 stars intetesting
Reviewed in the United States 🇺🇸 on July 24, 2022
Verified Purchase
This story was good. The only drawback was there were so many main characters. AJ (AvaJane) and Alice, Kirsten and Kelli, the main characters need totally different names to keep them straight.
Read more
Helpful
Report abuse

B. tafuni
4.0 out of 5 stars Four Weddings and a Baby
Reviewed in the United States 🇺🇸 on July 18, 2022
Verified Purchase
Small communities can be really crazy even if everyone gets along well. This story shows how important it is to care about each other. I look forward to reading more books by Jessie Newton
Read more
Helpful
Report abuse

b. Jarrett
4.0 out of 5 stars Friends forever
Reviewed in the United States 🇺🇸 on July 3, 2022
Verified Purchase
I almost stopped reading this book as there were so many people involved. On top of the women there were men and children. Maybe others did not have this problem. I am glad I read the book all the way through as it did have a good story line.
Read more
Helpful
Report abuse

Catherine Belt
4.0 out of 5 stars a light Summer read
Reviewed in the United States 🇺🇸 on July 29, 2022
Verified Purchase
Lots of characters to keep track of - confusing at first due to the number of people. Happy endings abound!
Read more
Helpful
Report abuse
See all reviews

DeAnna
5.0 out of 5 stars five Island series
Reviewed in Canada 🇨🇦 on April 8, 2022
Verified Purchase
Things I didn’t like: I’m a very logical person, with memory for detail, and I found it very annoying that the author can’t seem to remember facts! On one page Grace was 10years old, then later 9years old. At the end of the Christmas one, after the tsunami, Kristen went back to her cottage to find a caping hole in the roof and other damage, and decided to walk away and find another home! Leaving memories of Joel behind. At Christmas she’d moved in with Robin and Duke until she found somewhere. Yet here she is in this book, offering AJ to stay at her house, then deciding the “secret” she’ll share at Wednesday lunch some months later is the fact that she’s looking for a house and will move! And of course they are all so surprised! Ginny had a date for the prom in the last book and Alice had taken her shopping and they ‘d found a gorgeous blue dress! Here she is asked to the prom at a Taco party at her house, and Alice says she’ll take her to find a dress!! But the biggest thing was, they all seemed to be struggling financially! After the tsunami they all had damage, Duke’s boat was totalled and he mentioned he’d get insurance (as they all would), but they all continued to struggle to recover as though there wasn’t any insurance and Robin and Duke got a loan, Robin was a busy event planner (who get paid well) , but right through two books they struggled and there was never any mention of any if them getting insurance! That names just a few things.
The book is also very over the top on emotions, the friends were constantly looking at each other and their hearts/chests, squeezing, swelling, clutching etc with love for each other! Got too much. Hearts continually dropping through their feet etc one page Robins the strongest and leader, another, she’s spinning out of control!
HOWEVER!! What I loved. The basic characters of the group, and my favourite books are always about friendships. The author really does keep you interested, (high drama, over and over) and the books are hard to put down. I keep telling myself I won’t buy the next one so I can get some work done, but I do! This is a great series so far.
Read more
Report abuse

Amazon Customer
1.0 out of 5 stars TERRIBLE WRITING AND EDITING
Reviewed in Canada 🇨🇦 on June 14, 2021
Verified Purchase
This book is riddled with mistakes; both grammatical and spelling. Have never read a book with so many errors. Feel totally ripped off having paid $19.99 for such an inferior product. Surprised that Amazon would not review these things before putting them on their market place for purchase. Will not be buying any additional books from Amazon.
Read more
2 people found this helpful
Report abuse

M E C
4.0 out of 5 stars Friendship
Reviewed in Australia 🇦🇺 on August 5, 2022
Verified Purchase
Although there are so many names and relationships to sort out when reading this book, it is a shining example of how true friendship works, through thick and thin, rather like the marriage vows.
Read more
Report abuse