The Fourth Nephite and millions of other books are available for Amazon Kindle. Learn more
Share <Embed>
Have one to sell?
Sell on Amazon 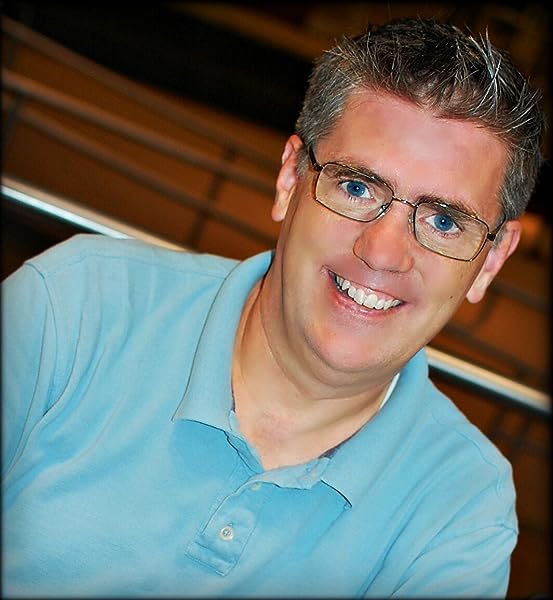 Jeffrey S. Savage lives in Spanish Fork, Utah. This is his first novel for LDS teenagers.

Start reading The Fourth Nephite on your Kindle in under a minute.

M. Stevenson
4.0 out of 5 stars It's good, but it's not Tennis Shoes Among The Nephites...
Reviewed in the United States on March 4, 2019
Verified Purchase
I recently read this to my kids (the kindle edition), the copy was great, formatting was good, no problems at all with the kindle content there.

As for the book itself, it is impossible not to draw parallels to Chris Heimerdinger's very popular Tennis Shoes Among the Nephites series. Both book start with a wayward youth that ends up time traveling to another church history era, and along the way strengthens their testimony and learns a valuable lesson. That being said, this book isn't a cheap ripoff of the other series, but I also don't think it's quite as good. Don't get me wrong, it's still quite good, but the other series has a few things going for it that make it more broadly appealing than this book.

This book will be very good for teens and some pre-teens to read by themselves, as the story will appeal to them, it may help them with questions they have had themselves, and it's a pretty quick read, with relate-able characters. Adults may enjoy it, but if I had been reading to myself I probably wouldn't have finished it. I think the biggest problem I had with this book compared to Tennis Shoes, is this book doesn't have a Garth Plimpton Character to help reign in some of the faith wavering thoughts. I felt it went a little too long at some points making a good case for doubt before it finally came around and defended faith. That was essentially what Garth Plimpton added to the other book. Don't get me wrong, it's not anti-mormon or anything, it just takes it's time getting to the point, and younger readers may not remember the right parts :)

Ultimately, it's a good book, wish we had more like this available to read with my kids, if you liked other LDS youth fiction, you'll like this too, it's well written, I like the authors style, just don't be upset when it's different than the Tennis Shoes series.

Fire and Ice
5.0 out of 5 stars Engaging for Teens and Adults
Reviewed in the United States on November 10, 2010
Every once in a while a book takes me completely by surprise and I close the pages with a smile on my face. The Fourth Nephite Series is one I now have my eye on, awaiting book two. Here are a few of the many reasons I loved the first book, The Fourth Nephite:

1) The cover. The top half of the front page is gold metallic paper with rusty holes, like the golden plates and the rest of the cover illustration is perfect.

2) The author. I have met Jeffrey and his wife and two book signings and decided it was time to read his books. They are wonderful people who sit together at their booths and engage fans.

3) The scenes are places I'm familiar with. It's fun to hear of tunnels beneath Salt Lake City and travel back in time to the thick woods of Palmyra where we visited as a youth and an adult.

4) The message is positive and interesting for both teenagers and adults. Common questions and doubts about the early history of the Mormon church are answered through Kaleo's adventures. He learns that knowledge and faith must work together as a key.

5) The author's notes were my favorite part of The Fourth Nephite. I love that Jeff uses real historical facts and names in his scenes. I wish he would have written more. When Joseph Smith speaks his own story to Kaleo, endnotes or footnotes would be a useful reference for teens or others not familiar with his quoted words.

6) The writing mixes fantasy with reality in a tasteful way. I am one who usually runs far far away from series like this. But I was drawn in to Jeffrey's writing, his characters and the quest of Kaleo. I will be reading the entire series and one day when my children are a little older we'll read it together.

7) The journalistic pages written at the beginning of each chapter by main hero Kaleo bring us back to the present thoughts of an every day average teenager and show the changes in his personality as he learns the truth for himself as a first hand witness.

evelyn
5.0 out of 5 stars A great book!
Reviewed in the United States on June 24, 2020
Another of Jeffrey Savage books that I love! Also another one that I wish he would write a us sequel. Make it about Kaleo again. Or make it about one of his friends---How about Jennie? She would make a great story. The book about Kaleo is uplifting, entertaining, and carries truth through the pages. I thoroughly enjoyed it.
Read more
Helpful
Report abuse

S.Staley
4.0 out of 5 stars A Great Novel for LDS Teens and Their Parents
Reviewed in the United States on October 25, 2010
This is a great new book from Jeffrey S. Savage. LDS teens and their parents will love this book and so will adults who love YA books. I love the concept of going back in time, especially to meet the Prophet Joseph. This will be another wonderful series by Jeff. (At least I think this is going to be a series. If I am incorrect Jeff, let everyone know. It just seems to be something that would make a great series.)

I always read his books so quickly. He is an such an awesome writer. He knows how to create fantastic and realistic characters that you love to care about. The main character,Kaleo, learns a lot on his adventure. At first you think he is another sassy kid that just doesn't "get it". By the end of the book, his testimony grows and yours can't help but be strengthened by what Kaleo learns from The Prophet Joseph Smith. This is a book I will be sharing with my own children and my nieces and nephews.

Another note, I loved reading the author notes at the end of the book. They are so awesome! You will get a feel of what Jeff is really like; besides being a fantastic author,he is a really great guy with a super sense of humor. Just don't read the author notes first! You have been warned.

I bought my copy of this book at the Book Academy Writers Conference and had it signed there by the author.
Read more
2 people found this helpful
Helpful
Report abuse
See all reviews