You've subscribed to Drive Me Wild! We will preorder your items within 24 hours of when they become available. When new books are released, we'll charge your default payment method for the lowest price available during the pre-order period.
Update your device or payment method, cancel individual pre-orders or your subscription at
Your Memberships & Subscriptions
There was an error. We were unable to process your subscription due to an error. Please refresh and try again. 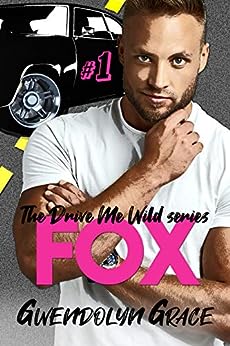 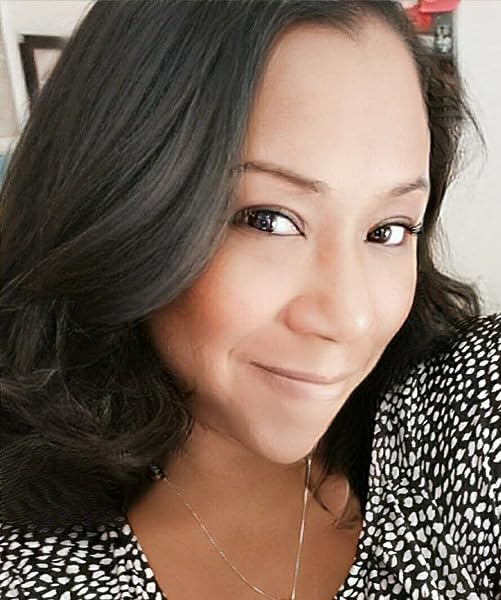 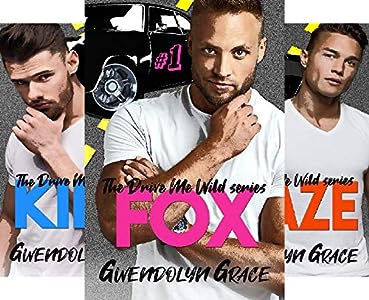 INFINITE STARS! If there was an infinite rating system for books, Gwendolyn Grace would most definitely be the first author whose books I shall nominate! -Revenge of the Feels

Rebecca
5.0 out of 5 stars Great steamy book!
Reviewed in the United States on July 21, 2015
Verified Purchase
Wow what an amazing book. I started this at lunch and haven't been able to put it down. Harley is a badass girl that has a major attitude problem. She has never had anyone to depend on until she was picked up one night off the street by her knight in shining armor. Fox comes from a small town and a close family. He doesn't know how to take Harley at first but she grows on him quick. She gets a job with his families restaurant and loves every minute. Harley doesn't know what to do but is willing to try will she succeed or will she go back to her old ways.
Read more
4 people found this helpful
Helpful
Report abuse

Lindsay Van Houten
5.0 out of 5 stars Another great book by Gwendolyn Grace
Reviewed in the United States on February 27, 2015
Verified Purchase
Gwendolyn Grace had done it again! Another fantastic book.
This may be a quick read but I was completely caught up in the story from the first chapter. It amazes me that she can put so much into a story in a short amount of time. The book doesn't need any of the typical "fillers" as some other books do.

I love Fox and Harley's story. It's a story of a extremely strong woman who is afraid of letting anyone in. Then comes along Fox, who is a sweet and nice guy but also has some secrets. It's a beautiful story of what happens when 2 people let go and learn to trust and love. This book is full of twist and turns that will keep you on the edge of your seat and not let you put the book down.

This is the 3rd book I've from this author and she is quickly becoming one of my favorite authors. I can't wait to read book 2 of this series!!
Read more
2 people found this helpful
Helpful
Report abuse

Elexis
5.0 out of 5 stars I enjoyed this book! I think it'd be great if you have a book hangover!
Reviewed in the United States on September 21, 2015
Verified Purchase
Carolina Hurricane gave me a Nicholas Sparks feel with a bit more...spice.
I loved reading how Harley found her safe haven, as well as herself in the process.
You never know how someone is feeling, what they are thinking, who they really are...until you give them a chance.
A crazy hurricane wind brings them together, will her stubborn ways bring them apart?
I loved Harley's no BS attitude and how the families are painted in this book.
Definitely moving on to Carolina King soon !
Read more
3 people found this helpful
Helpful
Report abuse

ElizrdbthSpeaks
3.0 out of 5 stars great style
Reviewed in the United States on April 27, 2019
Verified Purchase
book 1 of 3 ... funny how you know nothing of an author and then suddenly i have now read 3 books from this author. what a great kind of writing style. great book cover too. please check this author out. these characters ... will read more from Gwendolyn. must read.
Read more
One person found this helpful
Helpful
Report abuse

Kindle Customer
5.0 out of 5 stars Wow!!
Reviewed in the United States on July 11, 2018
Verified Purchase
This is the first book I have read by this author. I am amazed. I was hooked from the beginning and ended up reading it in a day. I loved Fox. The plot was great. I already added the next 2in this series to my list.
Read more
Helpful
Report abuse

Maria
4.0 out of 5 stars 4.5 Fox-y Stars!
Reviewed in the United States on February 28, 2015
Verified Purchase
I haven't read and I'm not really into muscle cars & drag racing, but this was an engaging story & a wild ride.
I'm definitely looking forward to getting more of Fox, Harley & the rest of this Carolina crew.
One more thing, Ms. Gwendolyn Grace can sure write some hot love/sex scenes!
Read more
3 people found this helpful
Helpful
Report abuse

Revenge of the Feels
5.0 out of 5 stars Review: Carolina Hurricane by Gwendolyn Grace
Reviewed in the United States on April 25, 2015
INFINITE STARS!

If there was an infinite rating system for books, Gwendolyn Grace would most definitely be the first author whose books I shall nominate!

Carolina Hurricane is the third book written by Miss Gwendolyn, and the second that I have read! True was the first and let me tell you, it was amazing! Miss Gwendolyn has a talent, or rather, a knack to write books with such well-developed characters and story. Yet, her writing isn’t heavy (if that’s most of you are wondering since the story is developed rather well!) and quite an easy read!

Seriously, I have immensely enjoy Carolina Hurricane so much that I really want to give the book never-ending stars!

Harley, the girl who protected herself by being a badass and a smart-mouth, aka the female protagonist who wants to be more than this side of hers when she meets Fox. Most of her adult life was spent with toxic company until she decides she had enough. She leaves the source of her toxic self and meets Fox while hitching a ride.

I love Harley and Fox so much! Their banter literally makes my life! The things they do together makes me feel so much, like I want to cry and laugh with them. I’ll be honest, I thought Fox would be quite a sunshine-guy that would be teased mercilessly by Harley and well, I GOT A SURPRISE!

(No, I’m not telling what the surprise is! *smirks*)

I love how the characters develop. It’s not too fast, yet not too slow either! There are some books where you are just wondering…”how in the world does the characters changes themselves so fast?!!” but let me assure you that Carolina Hurricane will most definitely NOT be one of those books!

Though…that ending…it’s a teeny tiny little bombshell. A bombshell that makes me want…no…NEED CAROLINA KING RIGHT NOW! I NEED TO KNOW WHAT WILL HAPPEN BETWEEN HARLEY AND MACK AND FOX!

Carolina Hurricane is one of those books where it builds up your anticipation and you will want to keep on reading till the last page!

Highly recommended for all readers!

*Thank you to the author for giving me an eARC in exchange for a honest review.
Read more
2 people found this helpful
Helpful
Report abuse
See all reviews

Amazon Customer
5.0 out of 5 stars Love it and my car looks beautifull :-)
Reviewed in the United Kingdom on May 5, 2016
Verified Purchase
Eventually got my copy of the book, and was everything I expected it to be. Its an easy captivating read and sucks you right in.im so proude to have my car featured on the book. Excellent job Gwendolyn.'
Read more
Report abuse
See all reviews