Other sellers & formats from $1.40
Share
Have one to sell?
Sell on Amazon 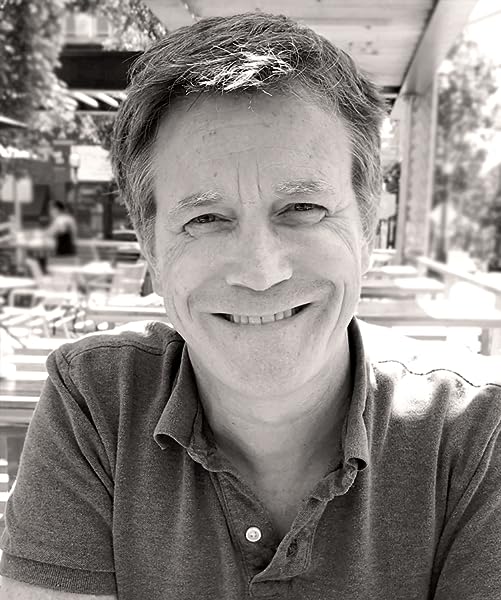 Bill Amend was named Outstanding Cartoonist of the Year by the National Cartoonists Society in 2007. He creates FoxTrot cartoons for Sunday newspapers and maintains an online presence at foxtrot.com. He lives in the Midwest.

Neodoering
5.0 out of 5 stars Family fun with gentle humor
Reviewed in the United States on April 10, 2020
Verified Purchase
I read the comic "Foxtrot" in the Sunday paper, and I thought I'd order a collection and give it a read. I'm glad I did. The Fox family is engaging and funny, and the youngest boy, Jason, is a budding nerd who reminds me of teens I grew up with. This is an amusing collection that you can read over and again. Have fun!
Read more
Helpful
Report abuse

Scott
5.0 out of 5 stars Even in the beginning Fox Trot was hilarious
Reviewed in the United States on January 14, 2014
Verified Purchase
My family have been big fans of Foxtrot for nearly 20 years. We swear Bill Amend has a camera in our house and is taking strips from our lives. We thought we had purchased all the major collections, but were delighted to frind this release from early in his career. While the art is not as refined as his later strips, the content and humor is 100% on target.

Highly recommend this to anyone with kids or just enjoys a good belly laugh.
Read more
Helpful
Report abuse

Cward55
3.0 out of 5 stars Good for starters
Reviewed in the United States on March 2, 2014
Verified Purchase
This is not a bad book but I would only recommend this to people starting off with Foxtrot that and/or if you can get it really cheap and just love collecting Foxtrot. Get the Best of Foxtrot collection instead.
Read more
2 people found this helpful
Helpful
Report abuse

Amazon Customer
5.0 out of 5 stars FoxTrot Still Good In Early Years
Reviewed in the United States on June 26, 2002
On April 10, 1988.... I wasn't alive, yet, more importanly, FoxTrot first was printed in newspapers. A phenom that will hopefully live on for many more years
On with the review:
Bill Amend's first book is a truely awesome work of "art" coming from the brain of a physics major. Unlike the early years of Garfield, (or "classic" Heathcliff) the number of cheap laughs in this book is reduced to single digits.
There, not-so-suprisingly, are very huge artistic contrasts in the FoxTrot comics between now and 1988. There is even a change of drawing styles even inside this book, containing the first 10-11 months of FoxTrot cartoons.
Even way back then, Amend (rhymes with "Raymond") still had a creative mind. In one Sunday cartoon, Roger was reading the Sunday comics; and on that fictional newspaper was the first panel of the cartoon that you were reading.
In Paige's room, there was a picture of a unicorn with a little a little fairy on the ground. In the last panel...the unicorn ate the fairy!!!
While Paige was at the dance, you could see the different things going on in the background.
In the Fox household, there is ususally pictures of pieces of fruit, in some cartoons, the fruit, rotates, changes, or even gets eaten!
Aside from all of the stupid little things, this is a wonderfully compiled book of laughs, and Amend's creativity will force you to smile. A must have!!
Read more
4 people found this helpful
Helpful
Report abuse

Amazon Customer
5.0 out of 5 stars Either it's funny or it's downright hilarious
Reviewed in the United States on June 8, 2000
There is no such thing as mediocre humor in the world of Fox Trot. If I do one thing every day, it's read this strip (Thank God for MSNBC Comics!). The interesting thing about this particular collection of Fox Trot strips is that it is the first. Therefore, it is interesting to see early physical forms of all the characters and compare those with how they look today.
Read more
2 people found this helpful
Helpful
Report abuse

Michael Menninger
5.0 out of 5 stars Foxtrot is the Best
Reviewed in the United States on June 18, 2013
I love any and all Foxtrot comics. It was sad to see them go.
I have them all. If you like Foxtrot and don't have this one, why not?
Get it. Read it. Pass it on to your grandchildren.
Read more
One person found this helpful
Helpful
Report abuse
See all reviews