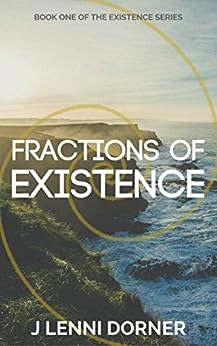 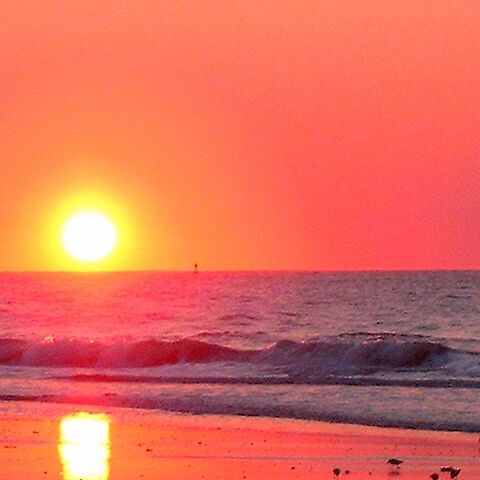 Fractions of Existence: Book One of the Existence Series Kindle Edition

by J Lenni Dorner (Author) Format: Kindle Edition
Book 1 of 1: Existence
See all formats and editions
Sorry, there was a problem loading this page. Try again.
Once they were humanity's exalted protectors— now they are being hunted.
Xavier will weigh all human life against Gwendolyn's ignorant happiness. The good news is that her choice can blow his away.
Omnipotent beings find each other while playing an online game. Xavier has been searching for Gwendolyn, his true mate and the missing member of the Existence. Only if reunited can the group regain the rest of their memories and access all of their powers. Hidden in plain sight, disguised as humans, they help who they can, as best they can, when they can.
The Eyes in the Shadows, a religious sect, has been trying to free humans from the “prison” of life on Earth for millenniums. The Existence has always been able to thwart them… until now. They've discovered a way to end the world that no one will see coming.
Gwendolyn has her future all laid out. There is a plan. She knows what her parents want for her and how to get it. Then Xavier, a friend from a virtual game, makes her question everything. He's full of secrets, one being an understanding of her fear of the wind.
She tries to suppress her intense attraction to the mysterious and frustrating Xavier. She's engaged, after all, and the thoughts she's having aren't proper. Gwendolyn is swept into a whirlwind of secrets, danger, and a forbidden attraction. She'll drive across the country in her beat-up old car, not knowing if he is genuinely interested or just being polite. (He refuses to kiss her!) Gwendolyn's journey is full of self-doubt, sacrifice, and dark visions that invade her sleep. Will she uncover the truth about herself?
The following TRIGGER WARNING may contain spoilers :

This urban fantasy is 99k long and contains some strong language, sexual situations, alcohol, a scene with medical marijuana, violence (including a memory of the murder of a sadist seconds before he commits rape), an arranged marriage, and college student debt. The majority of this book takes place in 2005.
Read more
Previous page
Next page 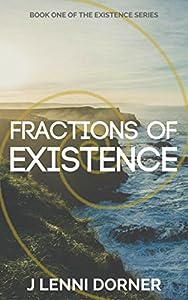 While embracing the ancient tribal traditions, J Lenni Dorner learned a legend originated by The Grandfathers.

J is best known for the Existence series. Book One, "Fractions of Existence," is available on Amazon as of 2017. Also known for the writer's reference books, "Preparing to Write Settings that Feel Like Characters" and "Writing Book Reviews As An Author: Inspiration To Make It Easier."

In May 2016, J became a member of the Operation Awesome Team, running the Debut Author Spotlight on Wednesdays. Blogging from A to Z #AtoZchallenge co-host as of 2017.

J weaves fantasy with lore to unhinge your mind.

This speculative fiction and reference author is happily married and living in Pennsylvania (USA) on the original lands of the Lenni-Lenape people. When not reading or writing, J enjoys video games, funny cat videos, finding drawings of dragons on Pinterest, and watching movies.

Alex
5.0 out of 5 stars Pick it up and you wont put it down
Reviewed in the United States 🇺🇸 on July 19, 2018
Verified Purchase
I don’t know if Fractions of Existence is just a fast read or that I just got so sucked into the story that I couldn’t put it down. Either way I went through the book in a couple of days. This book succeeds were a lot of books fail. No matter how good the story is, characters the reader can’t connect with make a book hard to read. That is not the case with Fractions. The characters in this world immediately draw you in and you care about what happens to them (this was unlike the last book and a half of The Hunger Games series where I just wanted something heavy to fall on Katniss and end everyone’s pain).
From a story standpoint, this was modern mythology meets the MCU. It’s a fantastic read and well worth investing the time in.
Read more
One person found this helpful
Helpful
Report abuse

Bill
5.0 out of 5 stars Its a fun read. A book I can digest quickly but ...
Reviewed in the United States 🇺🇸 on January 26, 2018
Verified Purchase
Its a fun read. A book I can digest quickly but at the same time have trouble putting down. Having some memory issues I often have to read things twice if I put a book down for a day or two but this one stayed fresh in my broken little mind and when next I picked it up I was dropped neatly back into the plot.
I feel I get to know the characters very well but not so much that I begin to predict their actions.
I am being careful here not to spoil anything like in chapter six when....LOL just kidding
Life does not allow me much time to read but I am anxious for another book in this series and will be watching for it.
Read more
Helpful
Report abuse

Lyle Wilson
5.0 out of 5 stars Fantastic!
Reviewed in the United States 🇺🇸 on February 25, 2018
Verified Purchase
This book is a great look into the phenomena that surround us in every day life. What if there were those among us who were more than they appear? Love how the revelations are metered out while still leaving such a big mystery for further books. Can't wait to be able to spend more time with Wend, Xavier, Heath, Jez and the others.
Read more
One person found this helpful
Helpful
Report abuse

Christine Rains
4.0 out of 5 stars Original NA urban fantasy with superheroes
Reviewed in the United States 🇺🇸 on May 21, 2020
The Existence wants only to protect humanity, but with their numbers split, they do not have the power to stop those who wish them dead. Xavier has been searching for their missing member and his love, but when he finally finds Wend (short for Gwendolyn), she doesn't know who she truly is and is about to be married her a man she doesn't know. The two of them grow close online, and Wend tries to be happy with her life, to do right by her father, but her emotions are in turmoil. Will she find her true self before it's too late?

This is the first book in the NA fantasy series, Existence. It has a unique mythology about The Existence where the members are like superheros or demi-gods. Even those that serve them have the desire to protect and better humanity. I have never read something like this before and it truly fascinated me. I'd love to see more about The Existence and its history. The villains are despicable and only want to destroy the good guys to "free" humans from their Earthly prison. Yet most of this book is concentrated on Xavier and Wend and how they're struggling with their budding relationship. Wend especially has a lot of issues to deal with for she feels a duty to her family and her religion, which makes her very passive, and has no one to support her until Xavier comes along. The relationships of Xavier and the others in The Existence are powerful, and I loved seeing the interaction between them. I also loved the fact Xavier and Wend met in an online fantasy game.

Highly recommended to those who want something new and fresh in the genre.
Read more
Helpful
Report abuse

N. Ivey
5.0 out of 5 stars Seriously, what are they?
Reviewed in the United States 🇺🇸 on September 27, 2017
What I love most about this book is that the main characters treat each other as equals. In fact, there's a scene where Wend claims to be a damsel in distress, and it's clear that it didn't even dawn on Xavier that she couldn't handle a "minor problem" own her own. (He does make sure she's safe, but it's kind of a covert backup.) Jez seems to be so powerful that she has both the guys wrapped around her finger (love that)!

Heath is the character who most reminds me of myths I've heard of, like the Greek or Roman Gods. But I don't think that explains everything. However, it's fun reading about Heath's inability to "keep it in his pants."

The shower scene, omg, that freaked me out. I can see (part of that) happening to me! A lot of this book feels like it could happen. I loved the witty banter between the friends.

What was up with Tred though? He gave me the creeps. There were so many times when I wanted her just to get away from that guy.

I liked how the author subtly worked in information. Like, instead of flat out saying Xavier is ridiculously wealthy, the book has him owning buildings in Manhattan (his apartment's elevation is over 800 feet), buying two sports cars in one week, and creating college funds for orphans. It makes a great contrast for Wend's character, with her handmade clothing and crappy old car. She reminds me more of Anastasia than Cinderella if one of them had some kind of superpower.
Read more
One person found this helpful
Helpful
Report abuse
See all reviews
Report an issue
Does this item contain inappropriate content?
Report
Do you believe that this item violates a copyright?
Report
Does this item contain quality or formatting issues?
Report