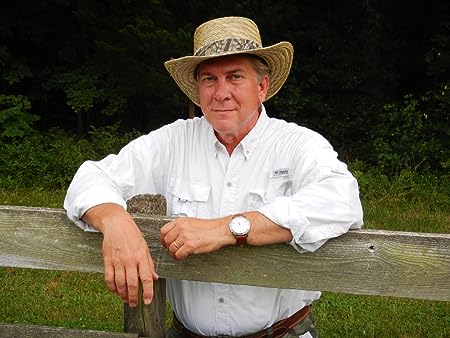 In 1993 Francis wrote a Christmas story titled, THE WOODEN BELL. He published it in 1996 to rave reviews and phenomenal success for a self-published work. That book is now in its fifth printing and has sold thousands of copies. The success of THE WOODEN BELL enabled Francis and his wife, Chris, to form their own publishing company (Tip-of-the-Moon) in 1997. Together, they have now published 40 books.

Francis' books have won many design and writing awards over the years. Sixteen of his books have been nominated for Virginia Literary Awards in Fiction. The NIPKINS and THE SNOWPEOPLE won the 2003 and 2004 Communicator Awards of Distinction in Writing (an international competition). His NIPKINS, SNOWFLAKE ,SNOWPEOPLE , Moonglow and Sunflower have all garnered first place print awards from the Printing Industry of Virginia. His books are printed through Farmville Printing. He incorporates the talents of local and Virginia artists in many of his publications.

Francis was born in Farmville but grew up in Brunswick County near Lawrenceville. He moved to Farmville with his family in 1971. Francis and Chris have a blended family with five children and four grandchildren. The couple can be heard each day on radio station WFLO where Francis is General Manager and Chris is Program Director and Bookkeeper. He and Chris live in their log cabin in the woods on the family farm near Sheppards in Buckingham County.

Many of Francis' stories reflect his love of nature and his knowledge of the people of rural Virginia. He has been called "prolific" and a "natural storyteller." Donna Bernard, editor and writer for Celebrating Virginia Magazine calls Francis, "Virginia's Favorite Storyteller". His books have been featured in Celebrating Piedmont Magazine and local and state newspapers. He was inducted into the Virginia Communications Hall of Fame in 2015. Francis' book releases for 2020 are The Story Stick and Life Is A Peach ( When It’s Not The Pits ). 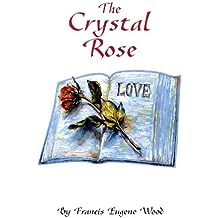 The Crystal Rose Feb 6, 2013
by Francis Eugene Wood
( 2 )
$3.99
A mysterious and beautiful gift, a crystal rose, appears in each of seven short stories dealing with various dimensions of love. It is well-crafted and touching.
Read more
Other Formats: Paperback 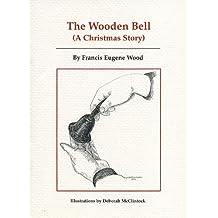 The Wooden Bell (A Christmas Story) Feb 5, 2013
by Francis Eugene Wood
( 4 )
$2.99
Set in the Blue Ridge Mountains of Virginia. A learning impaired boy shares his faith with the mountain community where he lives, and magic unfolds. The story has a warm holiday theme.
Read more
Other Formats: Paperback 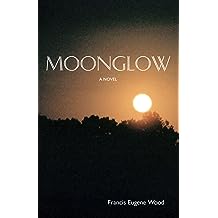 Moonglow Jan 30, 2013
by Francis Eugene Wood
( 4 )
$3.99
A young woman follows her heart to a small town in the Blue Ridge mountains of Virginia and begins to unlock the secrets that surround the man she is destined to love. Little does she know that evil waits in the shadows for the opportunity to destroy her one desire.
Read more
Other Formats: Paperback 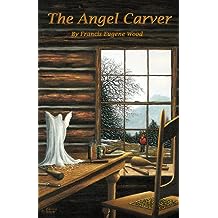 The Angel Carver Oct 1, 1999
by Francis Eugene Wood
( 14 )
$3.99
The Angel Carver is actually a story within a story. On Christmas Eve 1998, a young girl named Julianna is troubled by what some of the children at her school are saying about Christmas. They don't believe in Santa, and worst of all they say that miracles and angels do not exist. Julianna seeks answers in a story written by her grandmother.

The story takes place in January of 1940 during a devastating blizzard which, in fact, hit central Virginia. Rachael Lundy and her daughter, Maddie, attempt to come down from their mountain home when the savage storm threatens their lives. A terrible accident occurs, and young Maddie must try to find the one man who can save her mother's life. His name is Beecher Whitman, and he is blind.

The setting for The Angel Carver is Tyro, Virginia, in Nelson County.
Read more
Other Formats: Paperback 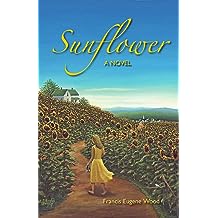 Sunflower Jul 9, 2014
by Francis Eugene Wood
( 1 )
$3.99
Where there is beauty there is hope. Where there is mystery there is truth. Daniel Taylor found them both in the promise of a legend and the faith of his heart. “Sunflower is some book! The author has quite a far-reaching imagination and an ability to make the unbelievable become believable.”
Read more
Other Formats: Paperback 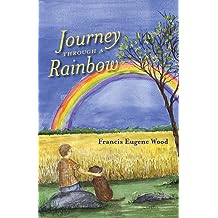 Journey Through a Rainbow Oct 2, 2013
by Francis Eugene Wood
$3.99
Journey Through a Rainbow has a just-right mix of real life and fantasy, of good and evil, of action/adventure and philosophical musings all woven into a timely narrative about a serious issue in American schools today—bullying. While his earthly life hangs in the balance, a victim of cruelty by his tormentors, Theodore Clatterbuck is taken on an extraordinary spiritual voyage through the seven layers of a rainbow that offers deep insights into the causes and possibly solutions to this complex social issue.
Read more
Other Formats: Paperback 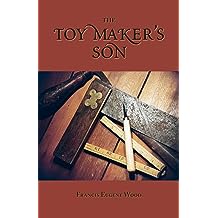 The Toymaker's Son Jan 24, 2013
by Francis Eugene Wood
( 2 )
$3.99
In this touching story, a crippled and fatherless boy, Peerless Gates, finds hope in his dream of a man who walks out of a blinding storm and into the lives of him and his mother. George Whitley has come home after losing his career to corporate downsizing. His father is ill, and his mother is concerned about the future and happiness of their only son. The Toy Maker’s Son is a heartwarming story that touches on the emotional compass that guides us all, no matter what the circumstances, to the most important thing we can share — family.
Award-winning author Francis Eugene Wood delivers yet another beautifully written story that compels us to look within and reflect on ourselves. It is this ability that makes the author stand out as a unique and persuasive storyteller.
Read more