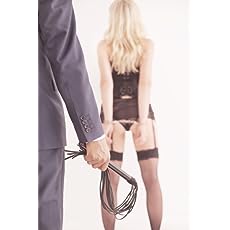 Frank Noir is a pornographic author living and working in Berlin, Germany.
His writings have appeared in print and online under various pseudonyms.
The stories of Frank Noir are graphically sexual, daring to embrace the darker side of our carnal urges. Hard, yet sensual tales of submission and guilty pleasures.
Read more 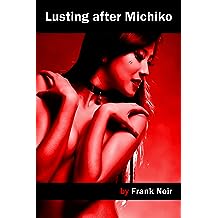 Lusting after Michiko Dec 6, 2013
by Frank Noir
( 1 )
$2.99
Michiko - an attractive young executive in a nameless city - finds out she's being stalked by a secret, but very insistent admirer. Her quest to reveal his identity becomes a stimulating voyage of sexual discovery. From masturbatory fantasies through exhibitionism to the ultimate raunchy climax, we follow Michiko being pushed to the limit, only to experience new levels of pleasure. Not for the faint of heart
Read more 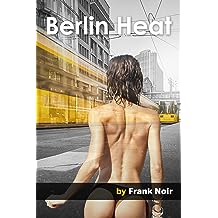 Berlin Heat May 1, 2020
by Frank Noir
$3.99
It's the tenth anniversary of Megan and Adam's dominant/submissive relationship. And they celebrate by taking a second honeymoon in Berlin. Adam only sets up one single rule for the trip. But it's a rule that we turn their stay in the German capital into a turmoil of breathless, sweaty sex.
Read more
Other Formats: Paperback 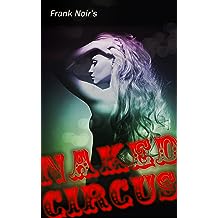 Naked Circus Mar 1, 2017
by Frank Noir
( 1 )
$2.99
When her father dies and her mother remarries, our young heroine runs away from the family mansion to join a travelling circus.
As the troupe turns out to be a motley crew of perverts and deviants, it becomes a journey of personal and sexual development for Kate.
And maybe in the midst of the carnal chaos, true love awaits?
Read more
Other Formats: Paperback 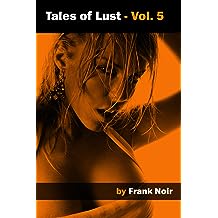 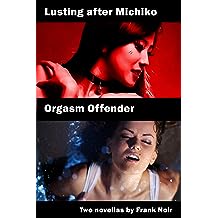 In "Lusting after Michiko", an attractive female executive is on a quest to discover the identity of her persistent and kinky stalker. But if she finds him - will he be too much for her to handle?

In "Orgasm Offender", the deviant sex fiend, Maxwell, has escaped from a psychiatric hospital and is on the prowl - forcing random female victims to have multiple orgasms. As police officers Amy and Jack encounter him by accident, they are kidnapped and drawn into his perverted psyschosexual games.

Two stories guaranteed to arouse you and awaken primal urges you may not know you had.

Not for the faint of heart.
Read more
Other Formats: Paperback 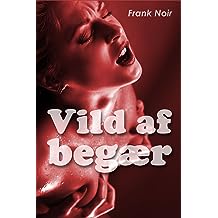 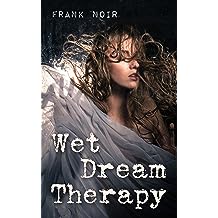 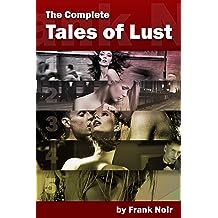 For years, Frank Noir has excited readers with his sensual short stories of raw and forbidden sexuality, published in five volumes as "Tales of Lust".

All 31 stories from the five "Tales of Lust" collections are now available in one volume - at half the original price. 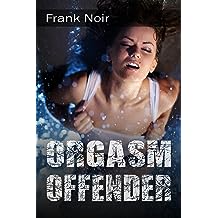 Orgasm Offender Mar 15, 2016
by Frank Noir
( 1 )
$2.99
Maxwell is a notorious sex offender with a bizarre twist: Not content with his his own satisfaction, he forces his helpless female victims to experience powerful serial orgasms.

When Maxwell escapes after five years of incarceration in a psychiatric hospital, no woman is safe in city, as he embarks on an insatiable sexual rampage.

Police officers Amy and Jack stumble across the deranged predator – but are utterly unprepared for his perverted urges. He takes them both hostage, setting the scene for a psychosexual showdown of orgasmic proportions.

A darkly sensual tale of kinky desires, packed with graphic descriptions of savage sexual encounters, “Orgasm Offender” is Frank Noir at his best: Explicit depictions of scorching, dangerous pleasures. Prepare to be aroused – perhaps even against your will.
Read more 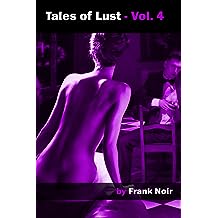 Tales of Lust - Vol. 4 Oct 3, 2015
by Frank Noir
$1.99
Just when you thought Frank Noir's stories couldn't get any filthier, he decides to turn the kink up another notch.
A racist blonde on holiday in the desert falls into the hands of a virile arab. A perverted flasher takes advantage of a young (and horny) widow visiting her husband's grave. And when the guests gang up on our heroine, even a simple coffee in an outdoor café can lead to hours of unbelievable depravity.
Frank Noir serves up graphic, yet sensual tales of torrid sexual encounters that will force you to face up to your own darkest urges. And ignite a fire of lust in you for which there is but one remedy...

The stories in this collection:

“The Tourists”: Nikki is not enjoying her holiday in the Arab world. But unfortunately the local men find her shapely body irresistible.

“Superficial Damage”: When a young woman crashes into another car, its male driver demands a very special kind of compensation.

“Revenge”: Ed wants to punish his supposedly unfaithful wife. But soon the tables are turned.

“The Plumber”: When Christy makes plans to seduce the handsome young plumber, she ends up getting much more than she bargained for.

“Outdoor Service”: A story in three parts: Rachel’s visit to an outdoor café turns into a frenzied sexual adventure when the waiter and the guests gang up on her.
Read more 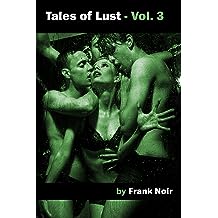 Tales of Lust - Vol. 3 Mar 29, 2014
by Frank Noir
$1.99
Once again, Frank Noir has unleashed his filthy fantasies on the world. And beware: These stories will crawl inside your mind and awaken your most primal urges. A man tells his wife he just had sex with her best friend, turning both of them on. A woman held hostage by bank robbers realize they care less about the money than about what's between her legs. A female journalist doing an interview on a construction site is ravaged by the entire workforce. And that's just half the stories in this sizzling collection - all told in the inimitable brutal, yet sensual style that Frank Noir fans know and love.

The stories in this collection:

“The Bank Robbers”: Kelly is taken hostage by bank robbers – but soon realize they care less about the money than about what’s between her legs.

“The Gas Station”: Unable to remember what happened, a woman find herself naked by a gas station in the middle of the desert. And then two men appear.

“The Warehouse”: Office girl Tanya turns down the indecent advances of the guys from the warehouse. But then she reconsiders.

“Her Best Friend”: In graphic detail, a husband tells his wife about a hot sexual encounter with her best friend. Who knew it would make her so excited?

“The Construction Site”: A female journalist goes to do an interview on a remote construction site. But before long, she is tied up and ravaged by the entire workforce.
Read more 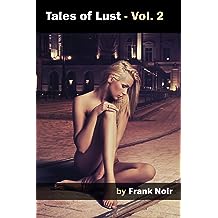 Tales of Lust - Vol. 2 Feb 11, 2014
by Frank Noir
$1.99
In the universe of Frank Noir, anything may lead to sex - and inevitably sex of a particularly rough and savage kind. A young heiress is held hostage by a criminal and his dim-witted brother. A hotel maid witnesses a clandestine affair. A bachelor spies on a naked female neighbour. And every story descends into vigorous, graphic sex acts and orgastic climaxes guaranteed to leave you breathless. Not for the faint of heart.
The stories in this collection:
“The Kidnappers”: Held hostage by two criminals, a young heiress discovers that one of them is not only dim-witted, but spectacularly well-endowed.
“My Naked Neighbour”: A single man discovers that his female neighbour is far from shy.
“The Maid”: Turned on by spying on a clandestine affair, a hotel maid gets involved in a strange menage.
“The Hangover”: Waking up hungover and horny after a wild party, our protagonist finds a strange girl asleep in his flat. What could possibly go wrong?
“The Nurses”: Two kinky female nurses takes advantage of their helpless male patient.
“Yes, My Darling – Tonight”: A girl receives yet another visit from a mysterious and relentlessly dominant man.
Read more