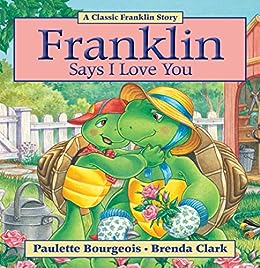 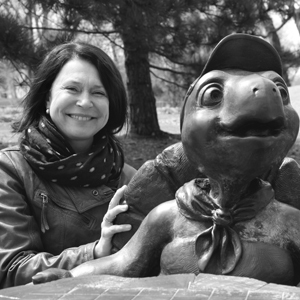 by Paulette Bourgeois (Author), Brenda Clark (Illustrator) Format: Kindle Edition
Part of: Classic Franklin Stories (28 books)
See all formats and editions
Sorry, there was a problem loading this page. Try again.
A delightful storybook in the series that inspired the Franklin and Friends TV show!

In this Franklin Classic Storybook, our hero is a very lucky turtle. He has the best friends, the best little sister, the best goldfish, and, of course, the best mother. But when he discovers that his mother’s birthday is coming up, he can’t find the best present. After giving it some serious thought, Franklin decides to do everything for his mom. On the morning of her birthday he takes her breakfast in bed, makes a brooch, draws a picture, and cuts fresh flowers from the garden! And then Franklin gives his mom a great big hug and says, “I love you”—which is, of course, the best gift of all.
Read more
Previous page
Next page
Kindle e-Readers
Fire Tablets
Fire Phones
Free Kindle Reading Apps
Available on these devices

Paulette Bourgeois worked as an occupational therapist and a print and television journalist before she began writing for children. When Franklin in the Dark, was released in 1986, it became a bestseller—and the Franklin phenomenon was born. Paulette has gone on to write over 30 Franklin stories illustrated by Brenda Clark that have been published around the world. Although Paulette is best known for the Franklin books, she has also written other children’s titles, including a number of non-fiction books and the award-winning picture book Oma’s Quilt. Paulette lives in Toronto, Ontario.  After graduating from the illustration program at Sheridan College, Brenda Clark worked as a freelance illustrator for children’s magazines and books. When she was asked to illustrate Franklin in the Dark, Brenda researched turtles and other animals in order to give Franklin and his friends as many authentic details as possible. In addition to over 30 Franklin collaborations with Paulette Bourgeois, the duo created another picture-book classic, Big Sarah’s Little Boots. Brenda Clark is also the illustrator of Sadie and the Snowman and the award-winning Little Fingerling. Brenda lives in Port Hope, Ontario.

Paulette Bourgeois worked as an occupational therapist and a print and television journalist before she began writing for children. When Franklin in the Dark was released in 1986, it became a bestseller—and the Franklin phenomenon was born. Paulette has gone on to write over 30 Franklin stories illustrated by Brenda Clark that have been published around the world. Paulette lives in Toronto, Ontario.

Gary W.
5.0 out of 5 stars Such a sweet book
Reviewed in the United States on January 26, 2022
Verified Purchase
We love all the Franklin Books and this is no exception.
Read more
Helpful
Report abuse

Sheridan Benson
3.0 out of 5 stars I think my grandson will enjoy this book
Reviewed in the United States on December 24, 2015
Verified Purchase
I think my grandson will enjoy this book, however, I was disappointed that it was not a hard back book. The cover and book is very thin. I do not buy anything but hard back book for him since they are more durable and last for many years. You can be sure I will ask in the future before I buy.
Read more
Helpful
Report abuse

Megan Greenman
5.0 out of 5 stars Sweet story
Reviewed in the United States on January 3, 2021
Verified Purchase
This is a sweet book. My kids enjoy reading it.
Read more
Helpful
Report abuse

Diva
5.0 out of 5 stars Cute story with a good lesson
Reviewed in the United States on March 27, 2015
Verified Purchase
Cute story with a great lesson. Franklin wants to buy something for his moms birthday but everything is too expensive or not right. And his mom couldn't careless, she is most touched but Franklin telling her he loves her.
Read more
Helpful
Report abuse

Carla
5.0 out of 5 stars Favorite
Reviewed in the United States on November 10, 2018
Verified Purchase
My daughters and myself LOVE these books. My goal is to purchase all of them over time
Read more
Helpful
Report abuse
See all reviews

Eoinster
5.0 out of 5 stars Empathy
Reviewed in the United Kingdom on September 30, 2019
Verified Purchase
Seems to be good for teaching some empathy to my toddler
Read more
Report abuse

Jessica
1.0 out of 5 stars Book missing pages
Reviewed in Canada on April 5, 2018
Verified Purchase
I bought this book for my son from the Easter Bunny. We went to read it tonight and it is missing pages. The story just abruptly ends, clearly missing multiple pages. Very Disappointed.

I am now changing my review to 5 Stars as Amazon was quick to replace the incomplete book with a new one!
Read more
Report abuse