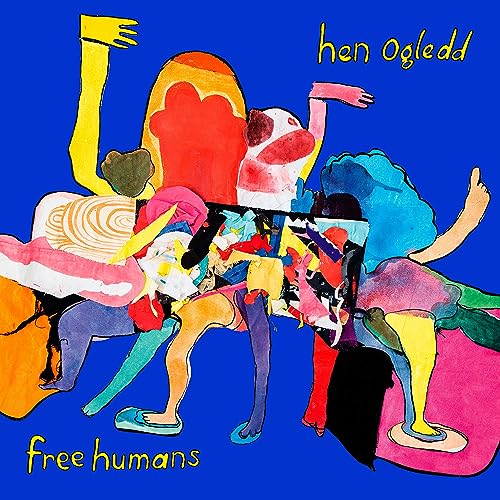 Hen Ogledd
September 25, 2020
4.7 out of 5 stars 31 ratings
See all 5 formats and editions Hide other formats and editions
Buy the CD album for $13.99 and get the MP3 version for FREE.&nbspCD album ships from and sold by Amazon.com. Terms and Conditions. Does not apply to gift orders. Complete your purchase of the CD album to save the MP3 version to your Music Library.

William Myrkle
5.0 out of 5 stars Smashing album!
Reviewed in the United States on December 4, 2020
Verified Purchase
I didn't think they could top Mojic, but I think it's quite a successor!
Read more
Helpful
Report abuse
See all reviews

concolz
5.0 out of 5 stars Sweet And Sour
Reviewed in the United Kingdom on December 20, 2020
Verified Purchase
Techno-folk for the Covid Generation, Hen Ogledd's sophomore album is one of the best from 2020. It's eclectic with a capital E, chucking everything in from trad folk to synth-pop to medieval chants to rock.

Kicking off with the synth-flecked, folkie, 'Farewell' - starting where they should end! - it's on to the poptastic call & response of 'Trouble'. Throughout the album there's a switching back and forth between male & female lead vocals - very reminiscent of Chumbawamba - which adds to the interest. 'Earworm' is a distinct homage to The Human League, whilst 'Crimson Star' has a swoonsome chorus - with harp!

Like a dog chasing its tale on a kaleidoscopic roller-coaster ride, the rest of the album is all over the place - and all the better for that. Balinese chamber pop-meets - No wave? Tick. The Buggles filtered through a 21st century lens? Welcome to 'Remains'. Have the lunatics broken out of the asylum? Well they may have listening to the creepy & bonkers 'Paul Is 9ft tall'. Time to go the full Chumba for the Trumpian backhander of 'Space Golf'

'Loch Ness Monster's Song' invents a Nessie language. 'Time Party' cross-fertilisers atonal brass with sweet synths. 'Bwganod' - Welsh for 'scaremonger' - goes a bit sci-fi for its planet-destruction fingerpointing. And so on, and so forth. Maybe they should have just titled the album 'Off The Wall', because it certainly is.

I doubt you'll find an album that veers off at so many tangents - yet still retains a poptastic core - this year.
Read more
Report abuse

Allmusichasvalue
4.0 out of 5 stars Best of 2020
Reviewed in the United Kingdom on November 23, 2020
Verified Purchase
One of 2020's best albums.
Read more
One person found this helpful
Report abuse

Dave
5.0 out of 5 stars Don't think, just buy it, it's sublime
Reviewed in the United Kingdom on December 24, 2020
Verified Purchase
This is the best new music I've heard in ages. This is how the Flaming Lips would have turned out if they'd grown up in the UK listening to English keyboard based pop music. Sublime.
Read more

5.0 out of 5 stars Don't think, just buy it, it's sublime
Reviewed in the United Kingdom on December 24, 2020
This is the best new music I've heard in ages. This is how the Flaming Lips would have turned out if they'd grown up in the UK listening to English keyboard based pop music. Sublime.
Images in this review