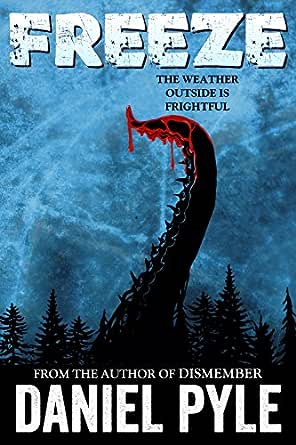 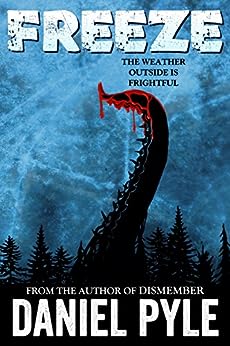 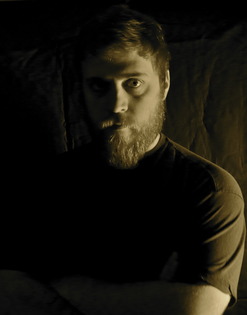 Daniel Pyle is the author of DISMEMBER, DOWN THE DRAIN, FREEZE, the upcoming DEEP ROUGH, and many short stories. He's also the editor of UNNATURAL DISASTERS and an Active member of the Horror Writers Association. After studying creative writing at Amherst College, he moved back to Springfield, Missouri, where he now lives with his wife and three children. You can visit him online at www.danielpyle.com. --This text refers to the paperback edition.

3.3 out of 5 stars
3.3 out of 5
68 customer ratings
How does Amazon calculate star ratings?
Amazon calculates a product’s star ratings based on a machine learned model instead of a raw data average. The model takes into account factors including the age of a rating, whether the ratings are from verified purchasers, and factors that establish reviewer trustworthiness.
Top reviews

Chris McCaffrey
4.0 out of 5 stars A Monster Romp Done Right!
Reviewed in the United States on January 29, 2012
Verified Purchase
I gave it four stars:

A great monster romp with very unusual (and quite nasty) creatures. I would love to read a sequel to learn more about these monsters--where they come from and what they are up to. In a time when every other horror novel is about zombies, how often do you get to enjoy a story about a completely different kind of creature?

Atmosphere. I will admit that I really love stories where the characters are isolated and left to their own devices and I could really feel the arctic chill in the air. It was almost a toss up at times which was more deadly: the creatures or the blizzard.

Pacing was great. Read it in one sitting. It was exactly as long as it should be. Pyle kept the story simple, limiting it mainly to 2 characters and kept the story humming along. It never felt rushed yet never slagged in pace. Well done.

Fun. Plenty of humor. Pyle knows exactly how to write this type of story. Monster romps should be fun and this one sure was. Also, he avoided the typical cliches. These characters were not buff, brilliant, young athletic types capable of making devastating weapons out of a few pieces of wire and a couple of garden tools. They are middle aged, not particularly fit, and are about as far from mechanical engineers as you can get. They are baffled and unprepared for their circumstances, .bBut they fight like hell and I cheered for them.

I will be reading the rest of Pyle's books and I bet that they will be just as good.
Read more
One person found this helpful
Helpful
Comment Report abuse

Chryse Wymer
3.0 out of 5 stars So-so
Reviewed in the United States on March 5, 2012
Verified Purchase
The story opens with a couple living in a cabin during a snow-in style mountain blizzard. It all starts when what seems to be a hand bashes through the cabin window. There's monsters, frostbite, "running" via snowmobile and on foot...what should all make for an amazingly page-turning, thrilling novel. To say much more would be a major plot spoiler. What I'll say is while this story is written in a very fast-paced style in the way of lots happening, the characterization never goes any deeper than "mountain couple." I never cared whether the characters lived or died, which is why I kept going back to this between other books. If I get more than halfway through a novel, I'll stick it out, no matter how much I dislike it. So I'll say that the plot is good, the setting interesting, the dialogue great, and the characters nonexistent. I find the comparison to Stephen King inaccurate because while I'm not a HUGE fan of King, his characters are always well-developed. This story was good enough that I would try another one of his, albeit with a great deal of hesitation.
Read more
Helpful
Comment Report abuse

D. J. Duran
4.0 out of 5 stars The horror!
Reviewed in the United States on August 9, 2014
Verified Purchase
Warren and Tess, along with their aging dog, living in a small, cabin in the upper Rockies. Where a blizzard has been storming for several days. The couple chose to stay in their cabin as they did not have the money to go to a hotel and they don't know their neighbor, who live about a mile away as the crow flies, all that well. tess is very ill and spiting up blood. Warren decides to try to reach their neighbors as he is very concern for Tess's health. In the storm is hidden a horrific creature. Tess and Warren must fight for there lives. Question is...Do they survive? a must read. Pyles book "Dismember" is one of my favorite horror stories. So i knew I could not go wrong with "Freeze." I was not disappointed.
Read more
One person found this helpful
Helpful
Comment Report abuse

Cheryl Stout
TOP 500 REVIEWER
4.0 out of 5 stars Watch out for what comes knocking at your window
Reviewed in the United States on July 15, 2012
Verified Purchase
This is a very spooky novella about creatures of the bitter cold, appearing and terrorizing a couple and their elderly dog in the Rocky Mountains in the middle of a terrible blizzard.

What would you do? Terrible blizzard, no electricity or phone, wife injured, truck won't start...how do you get help? And then there's the little problem of EXACTLY how did your wife get injured.

The characters were well developed for a story of this length. Unique monsters. I finished it very quickly. I wish the story had been extended out. The ending felt a bit rushed and I would have liked a bit more closure.

This is a horror story so don't be surprised at a little blood and guts - literally.
Read more
3 people found this helpful
Helpful
Comment Report abuse

Ruby Pedde
3.0 out of 5 stars Disappointing!
Reviewed in the United States on March 27, 2012
Verified Purchase
Although this book was very good, it was also disappointing..I hate reading a book that seems to end in the middle. The ending leaves you questions and not answers, for example do Tess and Warren survive? Do they get rescued, does the storm end and they are dead and last but not least what are the creatures and where did they come from. Leaves alot of unknowns and that does not make for a good book unless you have already written a book 2 and continue the story.
Read more
2 people found this helpful
Helpful
Comment Report abuse

Sam Wicked
4.0 out of 5 stars Jack Frost is pissed
Reviewed in the United States on January 11, 2012
Verified Purchase
A blizzard has rolled in and cut you, your wife and dog 'Bud' off from the world, town and even your closest neighbors. The powers out but you have a fireplace and enough wood and food to outlast the storm. All is fine until you spot something out of the corner of your eye moving quickly through the blizzard outside. It's ok, just a trick of the snow blowing around. Right? Freeze is a fun horror ride that will leave your teeth chattering.
Read more
One person found this helpful
Helpful
Comment Report abuse
See all reviews from the United States

Damon
4.0 out of 5 stars Tight, fast-paced chiller
Reviewed in the United Kingdom on January 1, 2012
Verified Purchase
This book is a proper chiller (pun intended). It's tight, fast paced, and has characters that you really support. It's slightly reminiscent of the style that the late great Richard Laymon used to write, and this is good. The only reason it's 4 stars (when it deserved 5 stars!) is that I felt the ending, brilliant though it was, still left a few questions unanswered: I'm not giving away the ending, but I felt after reading the last line a huge sigh of relief that the horror rollercoaster seemingly was over, but I also felt I should be asking "what next?" Don't let this put you off, though, as I will definitely be looking out to read more works by this great author!
Read more
One person found this helpful
Helpful
Sending feedback...
Thank you for your feedback.
Sorry, we failed to record your vote. Please try again
Report abuse

krg
3.0 out of 5 stars Snow and Ice can be deadly........
Reviewed in the United Kingdom on February 25, 2012
Verified Purchase
In general, I really liked this book.
The characters were easy to relate to and the storyline flowed quickly to suck the reader right into the middle of the horror that Warren and Tess are going through.
When Warren goes off to get help for his sick wife, the story kind of splits in two so you still know what's happening to both characters.
So the reason for 3 stars? - the ending. I'm not sure how I wanted the book to finish but I got to the last page and went 'oh, is that it?'
I got this when it was free, and I'm glad I read it because I did enjoy it, but I'm still wondering 'and then what?'. I look forward to discovering a full length novel by the same author.
Read more
Helpful
Sending feedback...
Thank you for your feedback.
Sorry, we failed to record your vote. Please try again
Report abuse

L. Deakin
5.0 out of 5 stars Surprisingly good read
Reviewed in the United Kingdom on March 25, 2013
Verified Purchase
Being snowed in this weekend, I decided to read a snowy thriller, and really enjoyed it! An excellent plot idea, and well written, wish it had been longer. Will definately read another by this author
Read more
Helpful
Sending feedback...
Thank you for your feedback.
Sorry, we failed to record your vote. Please try again
Report abuse