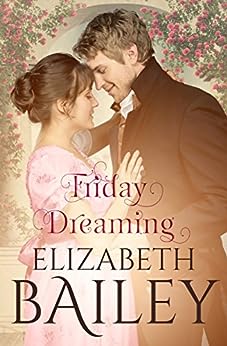 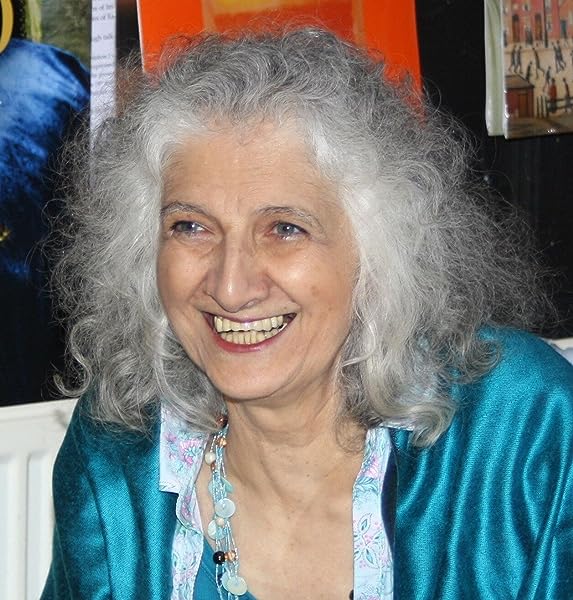 3.8 out of 5 stars
3.8 out of 5
18 global ratings
How are ratings calculated?
To calculate the overall star rating and percentage breakdown by star, we don’t use a simple average. Instead, our system considers things like how recent a review is and if the reviewer bought the item on Amazon. It also analyzes reviews to verify trustworthiness.
Top reviews

Crazygirl
4.0 out of 5 stars Clean enjoyable read
Reviewed in the United States on July 12, 2019
Verified Purchase
This was well written and clean. The story was well developed in general and a great plot, but my only criticism is the misunderstanding between the h and H went on far too long. I was exasperated. The resolution should have come much sooner. The things they said repeatedly to each other would have normally created an unresolvable rift. So it became unbelievable that the could get together in the end. So that made it 4 stars instead of 5.

Otherwise a great read. I was so happy it was clean.
Read more
3 people found this helpful
Helpful
Report abuse

Sandy Milan
3.0 out of 5 stars Could've been better
Reviewed in the United States on August 30, 2015
Verified Purchase
I think that this story had the potential to be so much better than it was. It's never easy reading an unrequited love story particularly when the h has so little going for her (the way she was portrayed). She's had a thing for the H for years but although they are great friends, he really doesn't see her. He's gorgeous and she's not. She comes across as an eccentric, myopic blue stocking that no one respects terribly much. The H proposes to her on her birthday and treats her pretty badly that day - not wishing her for her birthday and not staying for dinner. He's basically forced into proposing to her by his father else his allowance will be cut. He wants to marry a woman that his father thinks is unacceptable but he loves this woman. The h breaks the engagement and their relationship is affected. She chooses not to remain friends with the H and it affects him. Slowly he comes around to acknowledging how he really feels. Unfortunately for me I couldn't get past how badly everyone treats the lovely h.
Read more
7 people found this helpful
Helpful
Report abuse

Kindle Customer
2.0 out of 5 stars Ehh
Reviewed in the United States on April 3, 2019
Verified Purchase
The plot itself was good but I truly disliked the characters of the story. Friday was weak with no backbone. She allowed herself to bullied, manipulated, insulted and then forgave way too easily. Caro was shrill, overbearing and manipulative. Nick was entirely too arrogant, selfish, self-absorbed and wishy-washy. I won't say more on the rest of the characters.
Read more
3 people found this helpful
Helpful
Report abuse

Kindle Customer
5.0 out of 5 stars One of my favourites
Reviewed in the United States on January 4, 2021
Verified Purchase
As a huge Georgette Heyer fan, very few authors come close but this book has hit the nail on the head. I loved the story, the pace and the ending. I would rate this book 10/10. Definitely worth purchasing.
Read more
One person found this helpful
Helpful
Report abuse

SusanCz
4.0 out of 5 stars Good story
Reviewed in the United States on July 6, 2019
To my way of thinking, this book just goes to show the importance of a background with a healthy parental relationship. The H lost his mother when he was young and his dictatorial father made his life miserable with demands. The h had very hands off parents who gave little guidance and caused her to have little confidence in herself, her looks, or her worth. The hurdles they had to overcome were many and difficult. I liked this story, the characters (most of them, anyway), and the HEA that almost seemed to be impossible to come about.
Read more
Helpful
Report abuse

Christopher
4.0 out of 5 stars A well written friends-to-lovers traditional regency
Reviewed in the United States on July 17, 2013
The hero has been the heroine's imaginary Paris to her Helen ever since they met and became best friends a number of years ago. She knows her feelings are not returned because he tells her just about everything, and she has learned to live with that. Instead, she throws herself into reading ancient books and enjoys the level of friendship they have. But when the fathers of the hero and heroine plan to marry them off, their relationship is suddenly thrown off-balance. Drama ensues when the heroine unknowingly accepts the hero's halfhearted proposal, the hero tries to break things off with the girl he is infatuated with, the heroine thinks it's best to end their engagement, and things change irrevocably between them.

For a novel containing an unrequited friends-to-lovers plot, Friday Dreaming is quite well done. To be sure, there is a fair amount of angst throughout as misunderstandings and hurt feelings abound. But there is good deal of enjoyable humor, and - more importantly - an undeniable feel of authenticity to the troubled romance. Maybe it's the fact that the hero is a generally honorable young man, all things considered, and has the highest respect for both the heroine and their friendship. Or the fact that the heroine's anguish is understandable, and yet she still makes a good show of being a sensible young woman. Whatever it is, Friday Dreaming comes off as a relatively sweet and genuine discovery of love.
Read more
8 people found this helpful
Helpful
Report abuse

S. Anderson
5.0 out of 5 stars Clean and very poignant story
Reviewed in the United States on November 21, 2019
I loved this story. Yes, Friday does get manipulated by both friends and relatives, but you can't help but feel for her as she goes through a very turbulent roller coaster of emotions brought about by the well meaning people in her life and her secret love for Nick that is stuck in the "friend zone". I thought it was a well written story that often tugged at my heart strings. Will definitely read more by this author.
Read more
One person found this helpful
Helpful
Report abuse
See all reviews

Janet Lesley
5.0 out of 5 stars Wonderful Story
Reviewed in the United Kingdom on August 1, 2020
Verified Purchase
I have owned this book for some years and have read it before but never left a review.
Elizabeth Bailey is one of my favourite authors, her writing and story telling is so well crafted. Her characters are so well thought out and in this book Friday is a delight, she is so naive and so in love with Nick, she really didn't stand much of a chance, I could have shook her mother as she was no support at all. Friday had moments of having a 'back bone' but not too many or else she wouldn't have gone along with the ridiculous plans forced on her by Nick's sister Caro, in particular removing her spectacles, was so annoying to me, as it in effect removed her security and left her vulnerable. The 3 witches were vicious and I felt a need to cheer when Friday stuck up for herself, as her sponsors were rarely about when she needed their support against them. 'Sweet' Hermione and her mother were utter 'trollops' how they were entertained by the beau monde, and how Nick initially and Lord Aymestrey latterly were so drawn in, is beyond me, it just goes to prove (if we are to believe authors) that many men of the Regency period could see no further than a pretty face, and they deserved everything they got.
Friday finally got her Happy Ever After which was a pleasure to see.
As may be apparent by my review I really got into this story, and I would thoroughly recommend this book, and Elizabeth's work.
Read more
One person found this helpful
Report abuse

Mrs. C. A. Bird
5.0 out of 5 stars Enchanting Heroine - True Love Tangle -A Great Read
Reviewed in the United Kingdom on May 1, 2013
Verified Purchase
This story just kept me reading. Friday is a heroine to fall in love with - Out of the ordinary and strangely sensible. Elizabeth Bailey manages to inject some great comic action as she tangles the tale so that you wonder how they'll ever come out of it.

The usual authentic historical atmosphere is livened by a cast of varied characters. If you've ever been hopelessly in love then this is a book you will easily connect with - in the lightest possible way!
Read more
Report abuse

Cathy Morgan
5.0 out of 5 stars great story
Reviewed in Australia on January 1, 2018
Verified Purchase
Loved it, and really felt for the characters. The way that Friday (ok, silly name...) deals with what she faces, and Nick gradually comes to his senses, made for a book that I'll be coming back and re-reading. Clean, with no sex, limited insinuation and kissing, and good language. Highly recommended.
Read more
Report abuse
See all reviews