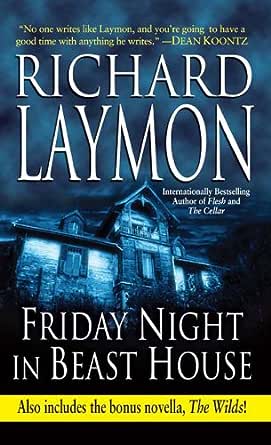 You've subscribed to Beast House Series! We will preorder your items within 24 hours of when they become available. When new books are released, we'll charge your default payment method for the lowest price available during the pre-order period.
Update your device or payment method, cancel individual pre-orders or your subscription at
Your Memberships & Subscriptions
There was an error. We were unable to process your subscription due to an error. Please refresh and try again. 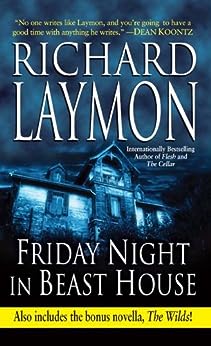 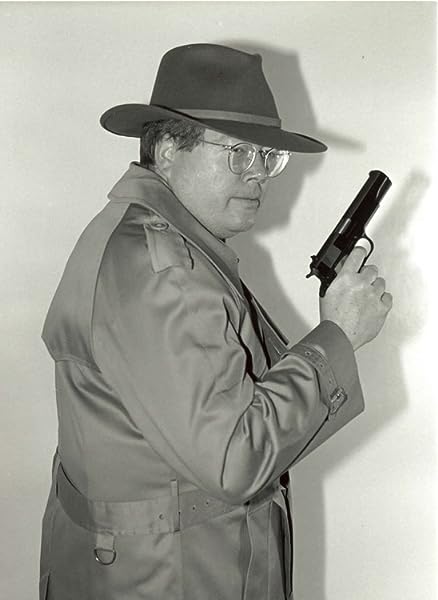 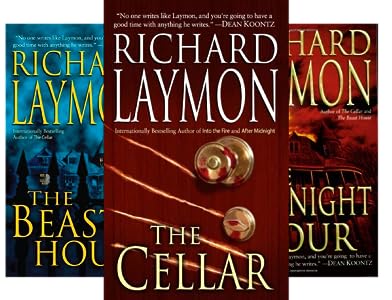 In February of this year, Laymon, then president of the Horror Writers Association, died of a heart attack at age 53. A few weeks ago, the last of his novels to be published before his death, The Traveling Vampire Show, won the HWA's Stoker Award for best novel of the year. Soon after Laymon died, Cemetery Dance, which issued that award winner, brought out Night in the Lonesome October. But it turns out that wasn't the last we'll see of Laymon, nor is this new, enjoyable short novel. The Beast House Chronicles, launched in 1979, made Laymon's reputation. This novella is the slightest of the series four entries, emotionally as well as in page length, but it features all the trademark Laymon touches. There's a horny teen protagonist, Mark, and a spooky adventure, as Mark accepts the dare of the girl of his wet dreams, Alison, that he help her sneak into Beast House, scene of several horrific murders during past decades and now a major tourist attraction in the small West Coast town where it stands. There are plenty of suspenseful and scary moments as Mark breaks into the Beast House and hides in the Beast Hole, and a particularly shocking twist at book's end. Above all, there's that inimitable Laymon style, the use of simple, strong sentences to construct, via extraordinarily vivid sensual detail, a narrative that envelops the reader in a moment by moment revelation of events in the service of a story that's terrific, nasty fun. All Laymon fans and anyone who likes horror served with a cackle are going to like this one.

“Terrific, nasty fun.  All Laymon fans and anyone who likes horror served with a cackle are going to like this one.” —Publishers Weekly

“One of horror’s rarest talents.”—Publishers Weekly

“All Laymon fans and anyone who likes horror served with a cackle are going to like this one.” – Publishers Weekly

Richard Laymon is the prolific author of more than 30 novels and 65 short stories which have been published in Ellery Queen, Alfred Hitchcock and Cavalier. A Bram Stoker and Science Fiction Chronicle Award-winning author, his novels have been translated into fifteen languages. --This text refers to an alternate kindle_edition edition.
Read more

4.3 out of 5 stars
4.3 out of 5
111 global ratings
How are ratings calculated?
To calculate the overall star rating and percentage breakdown by star, we don’t use a simple average. Instead, our system considers things like how recent a review is and if the reviewer bought the item on Amazon. It also analyzes reviews to verify trustworthiness.
Top reviews

Yolanda S. Bean
2.0 out of 5 stars Not A Real Novel...
Reviewed in the United States on November 11, 2019
Verified Purchase
Well, this one was a disappointment - the font size is huge and the book taps out before it even reaches 150 pages. I am not even sure if this qualifies as anything other than a novella... it is actually set prior to The Midnight Tour, but was published afterwards. It was fast paced but mostly just more on the silly side.

My edition also includes "The Wilds" a short story/novella that involves a journal-style story of one college boy's transformation into a sort of crazed and feral man. It is relatively interesting, but not entertaining enough to make up my disappointment over the first story and the fact that the Beast House story ended. There are still a lot of questions that linger about the characters!!
Read more
One person found this helpful
Helpful
Report abuse

Daimonion
3.0 out of 5 stars Friday Night in Beast House
Reviewed in the United States on November 23, 2010
Verified Purchase
This short novella doesn't really continue the Beast house saga, which began in The Cellar (Laymon's first novel), continued in The Beast House, and finally wrapped up with The Midnight Tour. These books tell the story of an old Victorian mansion on the California coast which houses a sort of half ape half man thing with pig-like features as well. They kill, and also rape, both women and men. All the books are good and I recommend them, but Friday Night At Beast House does not really fit into or continue the story. Instead it simply tells of an incident which takes place there one night when a couple kids sneak into the house. It's interesting in it's own way, because the house is full of folklore, and there have been countless people go in and vanish or be attacked and it was never reported. Over the years all these stories are just forgotten. With this, Laymon simply takes one of these many incidence that no one knows about and focuses on it. He could've done a dozen of these.
The other short story in this book is called The Wilds, and is about a man running away into the wilderness and slowly going insane. It was fairly interesting, but the character is so unlikable and creepy that the story is difficult to actually enjoy.
Read more
4 people found this helpful
Helpful
Report abuse

Kindle Customer
1.0 out of 5 stars Can't use the correct word to describe this.
Reviewed in the United States on June 3, 2019
Verified Purchase
I shouldn't have finished it but I did, despite misgivings after only a few pages. The idea seemed good, but the story just degenerated into a teenage sexual fantasy. Awful. And the Wilds turned out to be more of the same.
Read more
One person found this helpful
Helpful
Report abuse

Friend Zone
2.0 out of 5 stars Unpublished until after his death...
Reviewed in the United States on August 11, 2019
Verified Purchase
...for a reason, apparently. Also, this sexist crap doesn’t fly in this day and age. Fairly well written, though I could not get through the second story (which isn’t even in the Beast House).
Read more
One person found this helpful
Helpful
Report abuse

Kindle Customer
3.0 out of 5 stars Blah
Reviewed in the United States on December 14, 2019
Verified Purchase
Not the best thing I've ever read but not the worst
The ending was a bit odd and disjointed
Did he get caught by his parents?I

Amazon Customer
3.0 out of 5 stars I Love Laymon books but
Reviewed in the United States on November 17, 2012
Verified Purchase
Im a huge fan of Richard Laymon books and whenever the opportunity presents itself I treat myself to buying his books. I was very disappointed in this book I felt this book shouldve been longer. There was no other characters references in book 3 other than Eve. I feel as though this was put together but it is ok. the bonus book The Wilds is a great read this must make up for Friday night.
Read more
Helpful
Report abuse

SaintElecktra
5.0 out of 5 stars Great read
Reviewed in the United States on February 28, 2020
Verified Purchase
Bought this for a friend, she couldn't put it down.
Read more
Helpful
Report abuse

Kindle Customer
5.0 out of 5 stars A must read
Reviewed in the United Kingdom on September 4, 2017
Verified Purchase
I had to get this book as I am such a huge fan of the other 3 beast houses, this book did not disappoint.
Read more
Report abuse

emma hughes
3.0 out of 5 stars Not so good.
Reviewed in the United Kingdom on November 24, 2012
Verified Purchase
Wasn't as good as the first 3, but I did enjoy it. Would like to see this done as a film. It would be good
Read more
Report abuse

Dan Ooops!
3.0 out of 5 stars Hmmm
Reviewed in the United Kingdom on February 18, 2013
Verified Purchase
Not as good as the original trilogy. Style and content was on point, but the substance was lacking in my opinion
Read more
Report abuse
See all reviews