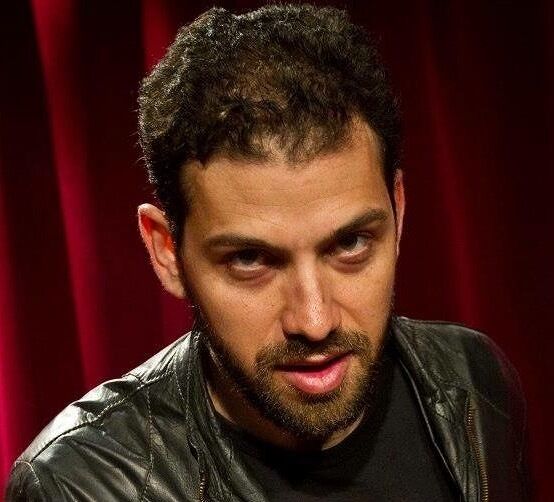 From The Fridge To The Cracker Jack Box Staple Bound – January 1, 2007

by Matt Nagin (Author, Contributor)
5.0 out of 5 stars 3 ratings
See all formats and editions
Sorry, there was a problem loading this page. Try again.
Matt Nagin is an award-winning writer and comedian with a zany, irreverent sense of humor. Enclosed in this chapbook are a collection of 12 humorous pieces--first published in 2007--that satirize everything from mafia dramas (a tooth fairy asks the God father to whack some dental associates) to a parody on Rilke's "Letters To A Young Poet" involving sprinkles. There is also a strange love triangle that forms between vegetables in a fridge ("Conversations From The Fridge"), a parody of philosophical logical argumentation ("Principalis Logicus,"), and a wild tale involving aliens, cannibalism, and corndogs ("Meditations On A Snack"). If you enjoy humor that challenges cultural norms and throws you into new realms without a parachute than this is the book for you.
Read more
Previous page
Next page

Matt Nagin is an author and comedian who has published four books, acted in numerous film and TV projects, and performed standup in seven countries. Some career highlights include the 2019 publication of his humor book Do Not Feed The Clown by Tenth Street Press, the poem “If We Are Doomed” winning the 2018 Spirit First Editor’s Choice Award, and an appearance on the Amazon series Hunters in a scene with Al Pacino. Matt's fiction has been published in Across The Margin, The Binnacle, and Void Magazine, and a story will be anthologized this summer in Rabbit Hole: Weird Stories Volume 5. Matt's poem "Birds Singing In My Best," was published in the anthology New York's Best Emerging Poets 2019, and his work, gratefully, has often obtained strong reviews. (Kirkus Reviews, for instance, referred to Matt's first poetry book as "powerful verse from a writer of real talent.")

Other experiences Matt is grateful for include performing his one man show Woolly Mammoth Panic Attack at the Edinburgh Comedy Festival (a show so licentious it almost gave his mother a stroke), and creating the short film, Inside Job, which won several awards at festivals. As if all that was not enough, Matt has appeared on numerous game shows, podcasts, radio programs, performed standup on TV, created a rap video, hosted a film festival, and even was the first person to perform standup in English in Lisbon, Portugal. (The show went great, but that’s probably because Matt’s way funnier when misinterpreted.) Finally, Matt spent several years as a Talent and Show Coordinator for The Gotham Comedy Foundation, a charitable organization that brings comedians into hospitals and senior centers. More info at mattnagin.com

NY
5.0 out of 5 stars nice short humor book
Reviewed in the United States 🇺🇸 on September 13, 2017
Verified Purchase
really funny quick read. read this on my flight to rochester and the time flew by
Read more
One person found this helpful
Helpful
Report abuse

ferris
5.0 out of 5 stars Beats all current comics and comedy TV shows and drole journalists
Reviewed in the United States 🇺🇸 on September 7, 2017
The Nagin comedy book is like an automatic attitude adjuster for those who wish to use comedy to feel good and relieved of woes....Nagin's short essays mix Frank Zappa, Lewis J.Caroll and Monty Python together with the post beatnick wacky introspection to create, Hey, who's this humorist Matt. Nagin, let me savor his words, they're Boss baby!!!..
Read more
One person found this helpful
Helpful
Report abuse

Donna Siggers
5.0 out of 5 stars Exceptional, ingenious and side-splittingly funny!
Reviewed in the United States 🇺🇸 on September 15, 2017
Matt Nagin clearly has a unique, clever way with words and storytelling… there hasn’t been anyone around, this funny, in a very long time! His collection of humorous works is a definite must have for everyone who has (or needs) a sense of humour.
Read more
One person found this helpful
Helpful
Report abuse
See all reviews