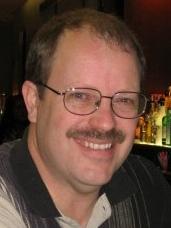 Start reading Friendly Revenge on your Kindle in under a minute.

Pod
4.0 out of 5 stars I enjoyed this well-written youth novel
Reviewed in the United States on May 12, 2016
I enjoyed this well-written youth novel. I would expect the story to be fairly riveting to the youth audience it targets. The book starts immediately putting the reader into the mind of the main character, quickly defining his dilemma—a clergyman’s son dealing with the loneliness of relocation, feelings of powerlessness, of being a victim of his father’s job. Whether he likes this town and the people or not, he is being held to a higher, very public standard, and his father has been hired on somewhat of an approval basis making the pressure to fit in and perform well all the more intense. He’s a computer geek, not the popular type and, besides, he doesn’t want new friends in this new town; he wants to go back to his previous home and friends. His resentment and inner turmoil take him into dangerous territory. He will make some big mistakes and learn some big lessons as a result, and it’s quite uncertain up to the end how it will turn out. The resolution is satisfying without being naively idyllic.

As an adult reader, I appreciated that the themes are clearly stated early; they hold the plot focused from beginning to end. The conflict is well defined in the first few pages. The plot moves at a steady pace from beginning to end. The storytelling is tight, well driven throughout. The dialogue sounds natural to the ear but at certain moments has the sound of an adult writing what he thinks kids would say; however, the characters are otherwise realistic. They face typically believable problems, and the circumstances of the 5 youths playing out the story evoked empathy, and I cared about whether they found resolution and peace, so much so that I read it in a single 3-hour sitting to find out if they did.

I read the Kindle edition of Friendly Revenge and found the typesetting well organized and not distracting. I never had to look back to see who was talking in the longer dialogue sections. The editing is very good with one notable exception at the beginning of chapter 3 when the omniscient narrator’s verb tense inexplicably shifts for a few lines while the secondary character is introduced. If this was done to create a foreboding emphasis, I can’t say that it worked for me. It just baffled me and completely derailed my concentration.

I think young readers will enjoy this book because they will identify with the main character’s need to fit in, his peer problems and the scary fix he gets himself into becaause of them. I think adults will enjoy reading it because raising a teenager is uncomfortable, the outcome frighteningly uncertain, and the compassionate adults in this book play a positive role in the good outcome of the main character. It’s a good read!

I was provided a complimentary electronic copy of Friendly Revenge by the publisher, Mountainview Books, and was asked to review it. I was not expected to review it favorably. My opinions are my own. I am disclosing this in accordance with the FTC’s 16 CFR, Part 255: “Guides Concerning the Use of Endorsements and Testimonials in Advertising.”

lighthouse88
5.0 out of 5 stars for adults and YA lovers of stories
Reviewed in the United States on June 7, 2016
Palmer Keene is miserable because he left his friends, his dog, and his whole life behind when his father was hired to pastor a church in another state. Palmer hates where he lives and doesn’t have any friends even though the school principal’s daughter Cassie continually tries to reach out to the young PK. However, one day, Palmer is chased by three bullies and cornered in an alley when Chad, a kid from the wrong side of the tracks, comes to Palmer’s rescue. Palmer now has a friend, but is Chad the friend he claims to be?
Palmer gets in trouble, but he is innocent. He has been framed for a crime he didn’t commit, but the reasons behind those who set him up go beyond just bullying the new kid. Cassie sticks up for Palmer even when some members of his church want to use the incident as an excuse to fire his father.
James Pence’s Friendly Revenge deals with issues involving bullying, friendship, parent-child relationships and conflicts, unjust treatment, lack of compassion, anger, church politics, and forgiveness. The story is true-to-life and the characters are realistic. All the events in Pence’s story could, and probably have happened. Although there are several themes present, I believe the main theme is that forgiveness is more powerful than hate. I think that this is a good story for teens to help them see what hate and revenge can lead to as well as how God’s forgiveness, as shown through his people, can heal hard hearts and bring hope to the downtrodden. Also, the justice of God will catch up with those who purpose to do wrong to others is another message that this book shows.
Although Friendly Revenge is a YA novel, it is a very good and enjoyable read for those of us who are young at heart.
Read more
Helpful
Comment Report abuse

Jessica Ferguson, Author, Speaker, Encourager
5.0 out of 5 stars Steeped in Reality
Reviewed in the United States on May 17, 2016
Friendly Revenge by James Pence is a realistic story about bullying, revenge, manipulation and the pressures of being a teen--as well as a parent. Pence has done a masterful job in capturing the anger and resentment of a youngster judged for all his actions, and forced to relocate because of his dad's job.

Palmer Keene is a preacher's kid, not a good friend in the world. That alone is good reason to be angry. It wasn't his idea to live his life under a microscope. Chad Tarpley lives in poverty, not a real friend in the world. He doesn't remember signing on for that either. When their lives intersect, heartbreak is a given.

This is an excellent story with characters any one of us might identify with. I recommend it to all ages.

I was provided a complimentary electronic copy of Friendly Revenge by the publisher, Mountainview Books, and asked for an honest review. I am disclosing this in accordance with the FTC’s 16 CFR, Part 255: “Guides Concerning the Use of Endorsements and Testimonials in Advertising.”
Read more
One person found this helpful
Helpful
Comment Report abuse
See all reviews from the United States
Pages with related products. See and discover other items: preacher kids