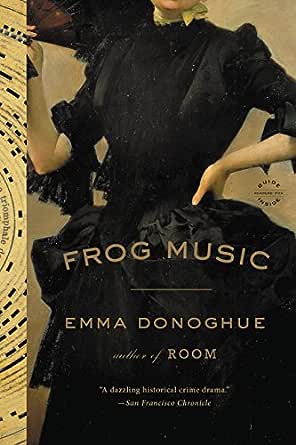 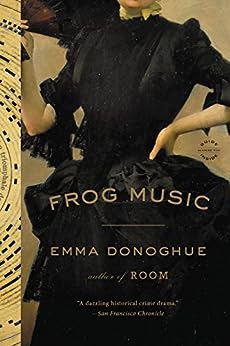 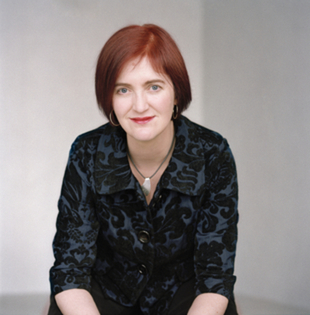 *Starred Review* Donoghue flawlessly combines literary eloquence and vigorous plotting in her first full-fledged mystery, a work as original and multifaceted as its young murder victim. During the scorching summer of 1876, Jenny Bonnet, an enigmatic cross-dressing bicyclist who traps frogs for San Francisco’s restaurants, meets her death in a railroad saloon on the city’s outskirts. Exotic dancer Blanche Beunon, a French immigrant living in Chinatown, thinks she knows who shot her friend and why, but has no leverage to prove it and doesn’t know if she herself was the intended target. A compulsive pleasure-seeker estranged from her “fancy man,” Blanche searches desperately for her missing son while pursuing justice for Jenny, but finds her two goals sit in conflict. In language spiced with musical interludes and raunchy French slang, Donoghue brings to teeming life the nasty, naughty side of this ethnically diverse metropolis, with its brothels, gaming halls, smallpox-infested boardinghouses, and rampant child abuse. Most of her seedy, damaged characters really lived, and she not only posits a clever solution to a historical crime that was never adequately solved but also crafts around Blanche and Jenny an engrossing and suspenseful tale about moral growth, unlikely friendship, and breaking free from the past. --Sarah Johnson --This text refers to an alternate kindle_edition edition.

Room's eloquent author brings the same sensitivity to this period piece, which explores the unsolved 1876 San Francisco murder of Jenny Bonnet through the eyes of the bohemian friend she left behind.-- "InStyle"

Donoghue flawlessly combines literary eloquence and vigorous plotting in her first full-fledged mystery, a work as original and multifaceted as its young murder victim...Most of her seedy, damaged characters really lived, and she not only posits a clever solution to a historical crime that was never adequately solved but also crafts around Blanche and Jenny an engrossing and suspenseful tale about moral growth, unlikely friendship, and breaking free from the past.

Donoghue's evocative language invades the senses with the sights and smells of Chinatown, the frying food, boisterous saloons, even the sickrooms of victims of the smallpox epidemic. Readers won't quickly forget this rollicking, fast-paced novel, which is based on a true story and displays fine bits of humor with underlying themes of female autonomy and the right to own one's sexual identity.

Donoghue's first literary crime novel is a departure from her bestselling Room, but it's just as dark and just as gripping...Aside from the obvious whodunit factor, the book is filled with period song lyrics and other historic details, expertly researched and flushed out...Donoghue's signature talent for setting tone and mood elevates the book from common cliffhanger to a true chef d'oeuvre.

Donoghue's vivid rendering of Gilded Age San Francisco is notable for her atmospheric use of popular songs and slang in Blanche's native French, but the book's emotional punch comes from its portrait of a woman growing into self-respect as she takes responsibility for the infant life she's created. More fine work from one of popular fiction's most talented practitioners.

Khristine Hvam's broad range of accents and beautifully expressive performance give this audiobook a dimension not found in print. Especially impressive is how naturally Hvam slips into song, giving listeners an extra connection with the novel. Hvam's theatrical training is evident in her skillful rendering of the characters' personalities and emotions.

[An] ebullient mystery..... Donoghue cross-cuts between Blanche's desperate present-time search and scenes from her Technicolor past with showstopping aplomb.... It's all great fun, and so richly atmospheric.... Astonishing details are scattered like party nuts.... Donoghue also provides riotous musical accompaniment for her narrative.... Call it a mind-bendingly original crime novel, or a dazzling historical mystery, but in the end, this is really a book about love-a mother's love for a strange child, for an exotic friend and finally, for herself.-- "Caroline Leavitt, San Francisco Chronicle"

[An] offbeat, high-minded whodunit from the award-winning author of Room.-- "Adam Rathe, DuJour"

Emma Donoghue, born in Dublin, is a writer of contemporary and historical fiction whose novels include the New York Times bestseller Room, which was a finalist for the Man Booker, Commonwealth, and Orange prizes. Her story collections are Touchy Subjects, The Woman Who Gave Birth to Rabbits, and Kissing the Witch, which was shortlisted for the Tiptree Award. She also writes literary history and plays for stage and radio.

Khristine Hvam has won several AudioFile Earphones Awards, placed three times as a finalist for the prestigous Audie Award, and won the Audie Award for Best Narration in 2012 and 2013. She studied acting for the theater and film, and her voice can be heard in Pokemon, World of Warcraft, and in various television and radio commercials.