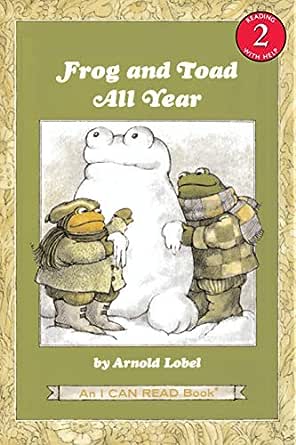 You've subscribed to Frog and Toad I Can Read Stories! We will preorder your items within 24 hours of when they become available. When new books are released, we'll charge your default payment method for the lowest price available during the pre-order period.
Update your device or payment method, cancel individual pre-orders or your subscription at
Your Memberships & Subscriptions 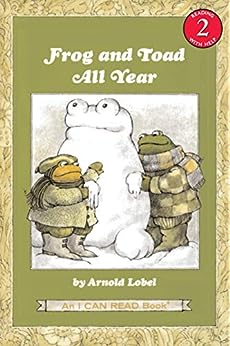 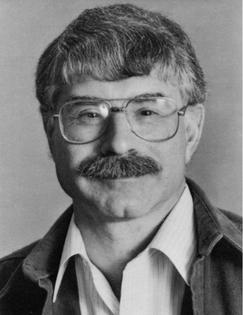 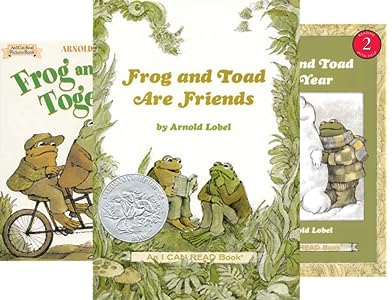 For fans of these famous amphibians, the continuation of Frog and Toad's saga gives a glimpse of what those rascals are up to all year long. They frolic together over four seasons, with a story for each celebration, plus one for Christmas. Glide down the snow-covered hill with Toad, hunt for spring with Frog, and discover just who is hiding under all that melted chocolate ice cream. Beginning readers will love the thrill of reading a chapter book by themselves; the simple language and unique adventures encourage and entertain those just entering the world of words. The endearing duo is depicted in the warmest of browns and softest of greens, reflecting the tender gentleness of their friendship. Children's bookshelves should be filled with all the classics in Arnold Lobel's series, including Frog and Toad Together, Days with Frog and Toad, and Frog and Toad Are Friends. This timeless original well deserves its recognition as an ALA Notable Children's Book. (Ages 4 to 8) --Emilie Coulter --This text refers to an alternate kindle_edition edition.

Arnold Lobel created wonderful classic characters in best friends Frog and Toad. Toad is not as adventurous as Frog, but together they make a great partnership and help each other out. Their adventures are gentle and amusing and have appealed to countless children. Layout and typeface are clear and uncluttered to encourage beginners. (5-7 yrs) (Kirkus UK)

Lobel's peerless, though much imitated, animal comrades do a little borrowing of their own here when Frog goes around the corner to look for spring, recalling Clifton's Boy Who Didn't Believe in Spring (1973); in this case we can't consider Lobel's more conventional rustic setting an improvement, but Frog does make the search his own. In fall Frog and Toad rake each other's leaves for a surprise, but the wind undoes the jobs before either is aware of the other's favor; elsewhere the friendship seems to have settled down to a kind of mellow harmony. In the winter Toad, riding in front, does a fine job of steering a sled until he realizes that the more experienced Frog has fallen off; in summer he becomes covered with such a mess of sticks and leaves, stuck to the two ice cream cones that have melted all over him, that he scares off everyone but Frog, who recognizes him under the gunk; and at Christmas he worries when his friend is late to dinner, until Frog shows up with a gift. We miss some of the resonant psychological heft of this pair's previous experiences, but Frog and Toad can still transform the most ordinary seasonal activities into celebrations. (Kirkus Reviews) --This text refers to an alternate kindle_edition edition.

Read along with your favorite I Can Read Book characters!

I Can Read Books are the premier line of beginning readers encouraging children to learn-and love-to read. Featuring award-winning authors and illustrators, I Can Read Books offer a full spectrum of entertaining stories for every stage of a child's reading development.

Now the beloved characters and adventures from this popular line of books come to life with I Can Read Book and CDs. Each package includes a best-selling beginning-reader storybook and a lively audio recording featuring:

Arnold Lobel (1933-1987) was the award-winning author and illustrator of many beloved children's books, including the classic I Can Read books about Frog and Toad, and the Caldecott Medal winning Fables.