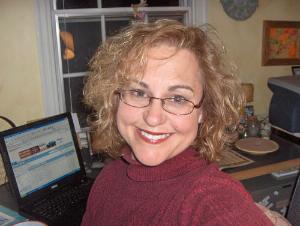 Start reading My Front Page Scandal (The Martini Dares) on your Kindle in under a minute.

Amazon Customer
4.0 out of 5 stars amusing lighthearted romantic romp
Reviewed in the United States on October 5, 2007
The Martinis & Bikinis Club members have been challenging one another to accept a Martini Dare, which risks humiliation if you do and worse if you don't. Prim and proper thirty years old Bostonian window designer Brooke Winfield joins the women's club out of boredom.

While working on a window design, Brooke tries on a scanty Gualtier dress that covers nothing as it was intended to be worn with other garb. At about the same time reckless Red Sox World Series hero (up until recently that would be an oxymoron) David Carerra crashes his bike. She comes to his rescue and he becomes her Martini Dare. As they fall in love, they scandalize her conservative blue bloods, purist Red Sox fans, and New Englanders who follow the Glove.

The latest Martini Dares tale (see MY SECRET LIFE by Lori Wilde), MY FRONT PAGE SCANDAL is an amusing lighthearted romantic romp. The lead couple seems like opposites at least on the surface as she is Boston Brahmin and he is red clay Georgia. Their antics encouraged by her Martini Dare "teammates" scandalize much of the city to the joy of Carrie Alexander's fans.

Augustangel
5.0 out of 5 stars Great interaction between characters
Reviewed in the United States on July 20, 2009
This is one of my favorite Blaze books. I think C Alexander does a great job of developing a solid relationship between the two characters. By the time the book ended I could see the emotional connection that the characters made.
While Blaze is all about the sexual connection, I think Alexander did a good job bringing both together and creating a story that was not only believable and fun but enjoyable at an intellectual level as well.