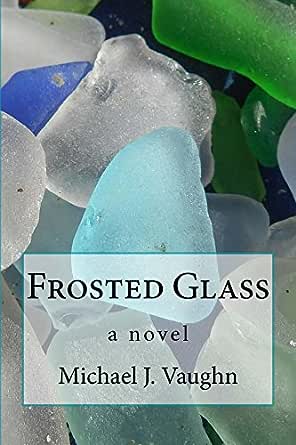 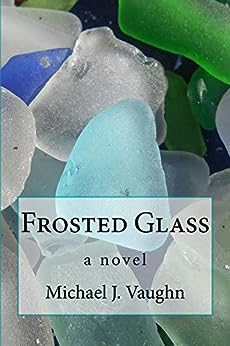 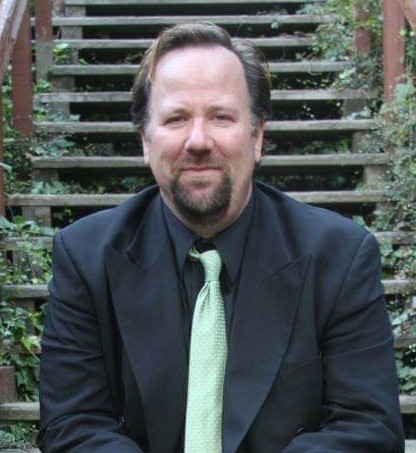 "…a most unlikely tale of discovery and passion. …a shimmering fable, as delicate and whimsical as a handful of glass." -- Debra Bokur, Many Mountains Moving literary journal --This text refers to the paperback edition.

Michael J. Vaughn was born in Brunswick, Maine, where his father, a Navy pilot, flew P-3 Orion submarine runs over the Atlantic during the October Missile Crisis. His childhood in the military subsequently brought him to Pennsylvania, Whidbey Island, Washington State (just across the Puget Sound from Bainbridge Island, the setting of "Gabriella’s Voice"); Hawaii, and San Jose, California, where he has lived since 1973.

Vaughn is a graduate of the now-defunct Peterson High School in Sunnyvale (one of his classmates was ice skater Brian Boitano), and earned a B.A. in Journalism with a minor in choral music from San Jose State University in 1984, singing tenor with the San Jose State Concert Choir. He has worked as a theater and opera critic since his graduation, mostly for Metro Publications in San Jose and the Palo Alto Weekly. From 1989-1992, he was publicity director for Villa Montalvo Center for the Arts in Saratoga.

Vaughn is the author of the choral novel "Frozen Music" (Northwest Publishing, Salt Lake City, 1995) and the illustrated storybook "An Agnostic Christmas" (Dragonfly Press, Chicago, 1999). For "Gabriella’s Voice," he received a 1998 Novelist Fellowship from Arts Council Silicon Valley. His poems have been published in more than two dozen literary journals, winning an Editor’s Choice Award from Plainsongs literary journal (Nebraska) and an Honorable Mention in the Emily Dickinson Poetry Competition (Arizona).

Vaughn lives in San Jose, California, where he works as an opera and theater critic, serves as Fiction Editor for The Montserrat Review literary journal, plays drums with the blues band Randie and the eDawgs, and plays shortstop and left field on various softball teams. Much of the background for "Gabriella’s Voice" was inspired by soprano Jennifer Der Torossian and the Bay Shore Lyric Opera Company in Capitola, California. --This text refers to the paperback edition.

happy customer
4.0 out of 5 stars Love is?
Reviewed in the United States on January 13, 2020
Verified Purchase
The story is definitely hard to get into, but interesting. I think each one is has an artist in us somewhere.
Read more
Helpful
Comment Report abuse

Kathy
5.0 out of 5 stars Great gamble on a new (to me) author!
Reviewed in the United States on October 23, 2020
Verified Purchase
New author to me. What a rare find!!! Such an amazing word smyth and the characters mesh together so well! The “mythological stories” are a fantastic reveal of Frosty and Sandy’s souls. Humor and heart ache and what a great read!
Read more
Helpful
Comment Report abuse

Rosell B. Crockett
4.0 out of 5 stars Heart felt
Reviewed in the United States on October 16, 2020
Verified Purchase
A story of love lost, character built and strength found. I enjoyed the ride seeing a part if myself in the main character.
Read more
Helpful
Comment Report abuse

William Burman
4.0 out of 5 stars Escape from Silicon Valley
Reviewed in the United States on January 26, 2003
"Frosted Glass" is a marvelous tale of romance and escape from the Silicon Valley. Michael Vaughn brings his characters and various west coast locales to life with linguistic brilliance and a gentle wit. Vaughn's gift for description is evident in everything from his delineation of his characters' interior lives to his rendering of sumptuous meals and fantastic seascapes. His characters have personal mythologies every bit as fascinating as the main story and their romance manages to be both playfully sexy and soberingly existential. Their struggle to discover the realities of love and work outside the narrow parameters of Silicon Valley culture is by turns heartrending and hilarious. This is truly one of the best novels I have ever read about creative people in the micro-chip metropolis. It gives one hope that authenticity can survive in a world dominated by cellphones, pagers, laptops and SUVs.
Read more
3 people found this helpful
Helpful
Comment Report abuse

Nichole Boudreau
5.0 out of 5 stars My favorite!!
Reviewed in the United States on September 9, 2002
I love this book! I am so glad to see it got published! It is a truely wonderful story. Michael has done an excellent job getting into the mind of a woman. Everyone should read this book!!
Read more
One person found this helpful
Helpful
Comment Report abuse
See all reviews