You've subscribed to Splinterlands! We will preorder your items within 24 hours of when they become available. When new books are released, we'll charge your default payment method for the lowest price available during the pre-order period.
Update your device or payment method, cancel individual pre-orders or your subscription at
Your Memberships & Subscriptions
There was an error. We were unable to process your subscription due to an error. Please refresh and try again. 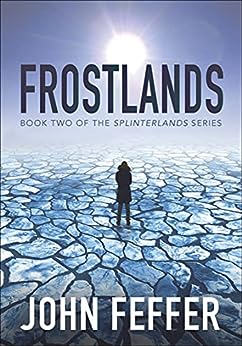 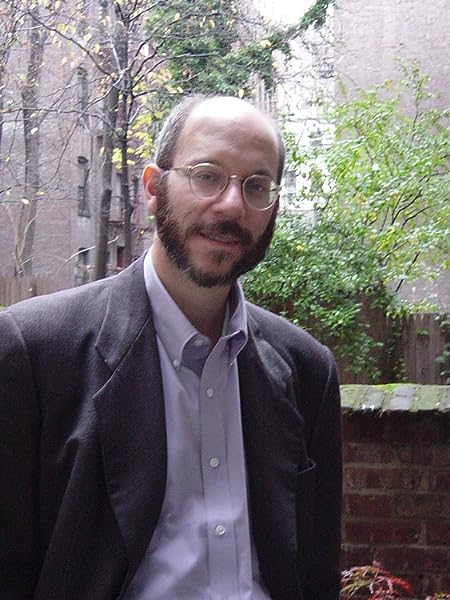 "By taking us on a cautionary journey into a future planetary collapse where the term “one per cent” is redefined in a terrifying way, John Feffer forces us to look deeply at our own society’s blindness to ecological apocalypse and greed. But the novel’s enchantment goes beyond dystopia: the quest for salvation depends on a crusty female octogenarian who would make Wonder Woman salivate with envy."
—Ariel Dorfman
"A worthy sequel to the thought-provoking Splinterlands, Frostlands is triumphant and absorbing science fiction, full of ecological and societal warnings. It is a unique and imaginative look at a future Earth scarred by environmental neglect.... In a short space, Frostlands touches on a variety of intriguing subjects. The killer drones and network-hacking warfare of Frostlands aren’t wild speculative fantasy of a remote future; Feffer is focused on the next fifty years or so, with an eye toward avoiding the mostly bleak landscape that Frostlands so vividly captures. Rachel and Arcadia represent the ability of humans to adapt and fight back against even self-inflicted environmental and societal wounds; their story is both edifying and entertaining."
—Foreword Reviews

"Devotees of near-future science fiction adventures will root for resolute and energetic Rachel on her quest to save Earth."

"This fast read picks up after the death of Julian, the protagonist of Splinterlands, and can be enjoyed as a stand-alone sequel to the first book in the series. Its sense of urgency inspires readers to keep going and a pale glimmer of hope at the end is welcome after the quick, harrowing ride."

“Feffer’s book is a wild ride through a bleak future, casting a harsh, thought-provoking light on that future’s modern-day roots.”
—Foreword Reviews

"Just as it’s especially enjoyable to read science fiction written by real scientists, Feffer offers readers a uniquely well-researched and historically robust argument for why the world turns out the way that it does, which makes it all the more relevant—and frightening. "
—Washington City Paper

"Readers who enjoy dystopian stories that hold more than a light look at political structures and their downfall will more than appreciate the in-depth approach John Feffer takes in his novel."
—Midwest Book Review

"Splinterlands is a short and powerful dystopian novel, framed as an all-too-credible account of what might happen in our lifetimes."
—Climate and Capitalism

"John Feffer is our 21st-century Jack London, and, like the latter's Iron Heel, Splinterlands is a vivid, suspenseful warning about the ultimate incompatibility between capitalism and human survival."
—Mike Davis

“Feffer’s book, in short, is provocative in the best sense….The dystopic alternative, illustrated so powerfully in Feffer’s Splinterlands, provides us with powerful motivation to shape a better, less splintered, future.”
—W. J. Astore

"Splinterlands paints a startling portrait of a post-apocalyptic tomorrow that is fast becoming a reality today. Fast-paced, yet strangely haunting, Feffer's latest novel looks back from 2050 on the disintegration of world order told through the story of one broken family-- and offers a disturbing vision of what might await us all if we don't act quickly."
—Barbara Ehrenreich, author of Nickle and Dimed and Living with a Wild God, and founder of the Economic Hardship Reporting Project

“A chilling portrayal of where the politics of division could take us. Now I only hope he writes the sequel to tell us how to avoid it!”
—Naomi Oreskes, co-author of The Collapse of Western Civilization

John Feffer is a playwright and the author of several books including Aftershock: A Journey into Eastern Europe’s Broken Dreams and the novel Splinterlands. His articles have appeared in The New York Times, The Washington Post, The Nation, Salon, and others. He is the director of Foreign Policy In Focus at the Institute for Policy Studies.

John Feffer is the director of Foreign Policy in Focus at the Institute for Policy Studies. He was an Open Society Fellow.from 2012-3.

He is the author of several books and numerous articles. His work has been published in The New York Times, The Washington Post, The Nation, The American Prospect, Salon, The Progressive, The Christian Science Monitor, the Boston Globe, and many other publications. He has been a Writing Fellow at Provisions Library in Washington, DC and a PanTech fellow in Korean Studies at Stanford University. He is a former associate editor of World Policy Journal. He has worked as an international affairs representative in Eastern Europe and East Asia for the American Friends Service Committee.

He has studied in England and Russia, lived in Poland and Japan, and traveled widely throughout Europe and Asia.

He is a recipient of the Herbert W. Scoville fellowship and has been a writer in residence at Blue Mountain Center and the Wurlitzer Foundation.

DCdolcevita
5.0 out of 5 stars Couldn't put it down!
Reviewed in the United States on February 2, 2019
Verified Purchase
Frostlands is the second volume of a brilliant and chilling portrayal of the world that awaits us if we don't change our high-emitting ways. You don't need to have read the first volume to understand this one, but you'll want to if you haven't already. Feffer possesses not only stunning insights as to where climate change and technology are leading us, but a gift for clear and compelling prose that will leave you at the edge of your seat.
Read more
5 people found this helpful
Helpful
Report abuse

Rob Logos
2.0 out of 5 stars A Placeholder for something
Reviewed in the United States on May 31, 2021
Verified Purchase
This was little more than a very short story once the white space was eliminated. No character development and not much else to make the read memorable. Probably just a filler for whatever comes next.
Save your money.
Read more
Helpful
Report abuse

Lisamm
5.0 out of 5 stars An answer to the breakdown of countries & global climate change
Reviewed in the United States on December 30, 2018
I live in the area where Arcadia is set. Arcadia was formed by people who sought to build a community that could withstand the forces, both political and environmental, that have been unleashed by global climate change. In the first book in the series, SPLINTERLANDS, we find that countries have splintered into smaller units. There is much fighting and antagonism among the countries. The world is falling apart.

This book has more action than the first book. 80 year-old Rachel Leopold, the exwife of Julian West, is developing a way to stop global warming but the corporate powers of one of the world’s largest corporations, CR ISPR International, wants to stop her. Arcadia was trying to be a place without violence but they had to set up a defense strategy as they are attacked more and more often. CR ISPR starts to wage assaults on them.

There is a lot of action in the book but also a lot about how to live in harmony with the earth. The setting reminds me of the back-to-the-land movement that had a huge foothold in Vermont and in this area where I live, left a legacy of many organic farms and people who live in an area where there is poverty but also many people who honor the land and the environment. The way FROSTLANDS ends, I think that there must be a third book coming. I hope so.
Read more
7 people found this helpful
Helpful
Report abuse

Texas Aggie
1.0 out of 5 stars Don't waste time or money. Read State of Fear by Michael Crichton instead.
Reviewed in the United States on July 23, 2020
This garbage was written by a Socialist with nothing important to say.
Geology proves that every "age" lasts for only a period of time.
The only way to stop change is to stop adding to the population.
This man is nuts.
He loves the messenger part he plays assuming everyone will swallow it.
Read Michael Crichton's STATE OF FEAR.
Superior to this garbage
Read more
3 people found this helpful
Helpful
Report abuse

Paul Wilson
1.0 out of 5 stars Leftist Liberal anti-Trump political speak - pg. 25
Reviewed in the United States on August 20, 2019
On page 25 it names Donald Trump as the one responsible for the " END OF THE WORLD". More LEFTIST garbage.
Read more
3 people found this helpful
Helpful
Report abuse
See all reviews

m
5.0 out of 5 stars great
Reviewed in the United Kingdom on July 22, 2019
Verified Purchase
it is a great book, I think everybody should read it!
Read more
Report abuse
See all reviews