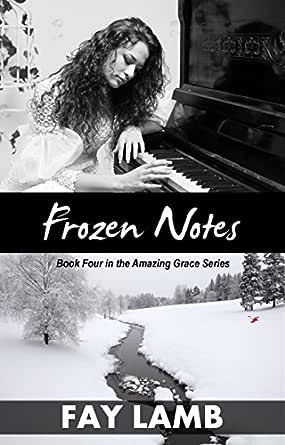 You've subscribed to Amazing Grace! We will preorder your items within 24 hours of when they become available. When new books are released, we'll charge your default payment method for the lowest price available during the pre-order period.
Update your device or payment method, cancel individual pre-orders or your subscription at
Your Memberships & Subscriptions 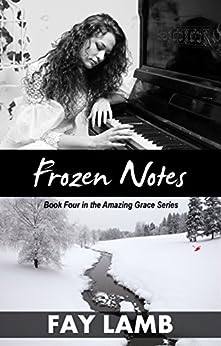 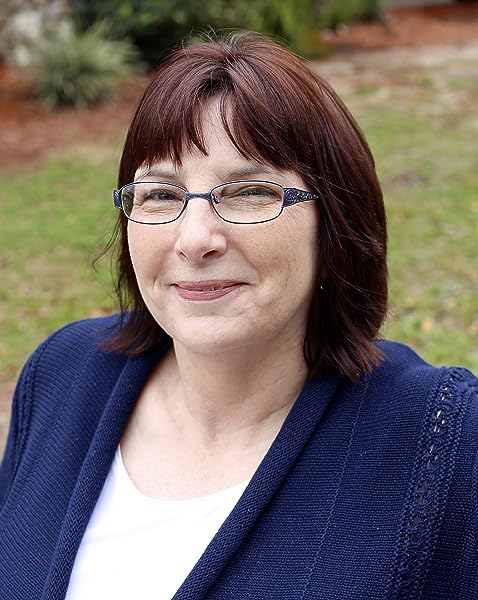 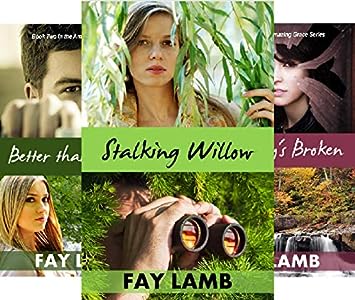 Cynthia T.
4.0 out of 5 stars Exemplifies the author's ability to weave plot threads and keep the reader engaged and guessing
Reviewed in the United States on August 3, 2019
Verified Purchase
I'm weird, but of this series I read Stalking Willow (#1) and then jumped to Frozen Notes (#4). Now I'm eager to read #3, Everybody's Broken. (Also see my 5-star review of Stalking Willow.)

This novel has a strong Christian element, perhaps even moreso than Stalking Willow, if I recall.

Frozen Notes exemplifies the author's ability to weave plot threads and keep the reader guessing. I enjoy stories like that, where several of the characters have personal stories going on to keep me engaged, rather than a single plot line that pushes forward without letting me learn about the characters in depth and emotionally connect with them.

And, as always with Fay Lamb's novels, there are surprises.
Read more
Helpful
Report abuse

AnnE.
5.0 out of 5 stars Edge of the seat suspense!
Reviewed in the United States on September 13, 2017
Verified Purchase
This is the 4th book in the Amazon Grace series, and it has been an amazing series. Frozen Notes can be read as a standalone, but it does pick up with a character from the first books and places her from the first pages in the middle of a dangerous situation. The book literally starts out with a bank and the suspense and drama don't end until the final pages. This author certainly knows how to combine intriguing characters with edge of the seat suspense and write a story that I could not put down after I had started it. I hate to have to say goodbye to the characters from the town of Amazing Grace, but I am definitely looking forward to seeing the direction this author goes next with her books. I definitely recommend this book and the series to the reader who enjoys really good Christian suspense.
Read more
Helpful
Report abuse

Betty Thomason Owens
5.0 out of 5 stars A "meatier" kind of romance!
Reviewed in the United States on November 8, 2017
Verified Purchase
Like real life, this story travels through some tumultuous days, when hope takes a nose dive. But strengths are honed in the worst of times. Those characters who've set their hearts and minds on overcoming, will triumph in the end. And if you're a fan of happy endings, this author has given you her best.

This is no sweet love story, though you may find sweetness and love threaded throughout. For those who like a meatier kind of romance, that doesn't hide ugliness and pain, doesn't filter reality through rosy glasses, Frozen Notes fills that bill well.
Read more
Helpful
Report abuse

Carlleen Cairns
5.0 out of 5 stars Blessing
Reviewed in the United States on October 1, 2017
Verified Purchase
Once again Fay has created a beautiful story, reminding us that no matter what happens, He always has a plan for our lives.
Read more
Helpful
Report abuse

Anne Baxter Campbell
5.0 out of 5 stars The best Fay Lamb book yet!
Reviewed in the United States on September 13, 2017
I am so very proud to call this author "Friend" that I tend to brag a little. She's so incredibly talented--if I'm ever half the writer she is, I will count myself doubly blessed. She writes romantic suspense like no one else. Every book she writes, I swear, is better than the one before!

Take this book: it starts out with a bang. Literally. Two dead bodies and one horrified woman in the first paragraph.

Lyric Carter's husband had killed her best friend and then himself. Actually, Braedon had aimed the gun at her, but Matthew had thrown himself into the path of the bullet.

She'd married Braedon Carter because his brother Balaam had left her and her unborn child for a singing career. Braedon had sworn he loved her and that he would raise her child as his own, but that vow had only come between them. He knew she still loved Balaam even though she never spoke of him.

Balaam, meanwhile, had been throwing his life away, bathing in the adoration of fans and drowning in all the liquor and drugs he could consume before passing out. In the hospital after an overdose, Balaam forsakes the career and drugs that owned him and goes into rehab.

Daniel is the local sheriff and the man who stepped in as father to Lyric, her brother Quinn, Matthew, Braedon, and Brandon. Daniel had taken them fishing, to church, and to task when they stepped outside the bounds.

Magda Moxley is Lyric's mother and betrayer. She'd do almost anything for the drugs and alcohol that Jessup Roy provided, and she's the one who fed Braedon the lie that sent him home with a gun.

Oh, the tangled webs. How can this despair be repaired? It's just too ugly.

Thank you to Fay who gave me a free copy of the book. However, the opinions and evaluations expressed are my own.
Read more
One person found this helpful
Helpful
Report abuse

Virginia J. Foster
5.0 out of 5 stars Moment by moment surprises
Reviewed in the United States on September 14, 2017
I'm a great fan of all of Fay Lamb's books. Book 4 in the Amazing Grace series, Frozen Notes, walks readers through an arduous journey of drug and alcohol recovery. Yet, God is present every step of the way and provides the ultimate healing.
Balaam Carter left Lyric behind, pregnant and alone, to pursue a career as a rock star. But the glamorous life he sought almost cost him his life. His body is abused and battered with drug use, and he only wants one thing. To return to Amazing Grace to renew his relationship with Lyric and their son, Cade. But would he be welcome if he can overcome the demons that plague his life?
Lyric Carter almost dies at the hands of her husband, Braedon Carter, Balaam's brother, the man who offered to marry her after Balaam's departure. But Lyric's brother, Mathew, throws his body in front of her to protect her from the bullet intended for her, giving up his life.
Frozen Notes is enriched by the many characters who interact with Lyric and Balaam. Fay Lamb leads us through difficult family problems no doubt many of us suffer. Lyric's alcoholic mother raises the emotional stakes as one secret after another is revealed.
Fay Lamb's suspense offers deep spiritual truths wrapped in an engaging story. From one complication to the next, Frozen Notes never allowed me to leave the edge of my seat. Fay's gracious offer to donate the proceeds from this book to Samaritan's Purse after the devastating hurricane, Irma, warms my heart. A storm in which Fay and her family also suffered.
Read more
Helpful
Report abuse
See all reviews