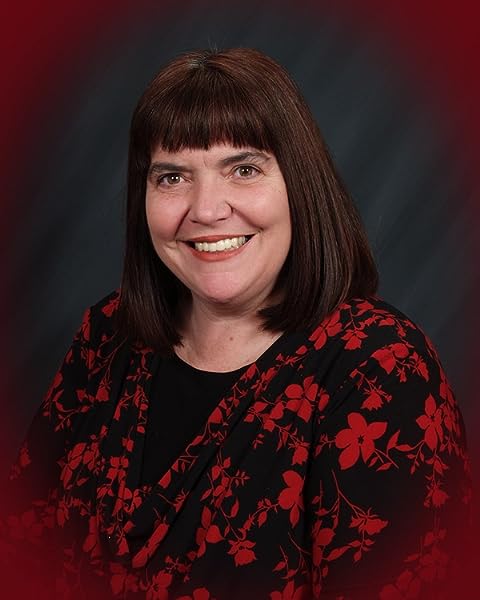 by Pamela Tracy (Author)
4.6 out of 5 stars 12 ratings
See all formats and editions
Sorry, there was a problem loading this page. Try again.

Six months ago, Alexander Cooke's life was wrecked. His wife was killed, his workplace was robbed…and the evidence pointed to him. He saw one way out—he grabbed his daughter and ran. Now he's got a new life. Yet even with his new identity as Greg Bond, he's still looking over his shoulder. Still waiting for danger to reappear. Then he meets charming schoolteacher Lisa Jacoby, and forgets to keep his distance or protect his heart. When the killer returns, Alex won't run again. He's found a love—a family—he'll face anything to protect.

Pamela Tracy, a writer from Arizona, has written more than twenty books.  Her first Love Inspired Suspense, Pursuit of Justice, was a 2008 RITA finalist. Her third Love Inspired Suspense, Broken Lullaby, won the ACFW Carol award in 2009.  Her devotional, Promises and Prayers for Teachers, reached number two on the Christian Booksellers Association’s bestseller list.  Pamela is a past president of CWOW, Christian Writers of the West.

Pamela Tracy is an award-winning author from Arizona, where she lives with her husband (He claims to be the inspiration for most of her heroes) and son (He claims to be the interference for most of her writing time.) She was raised in Omaha, Nebraska, and started writing at a very young age (a series of romances, all with David Cassidy as the hero. Sometimes Bobby Sherman would interfere). Then, while earning a BA in Journalism at Texas Tech University in Lubbock, Texas, she picked up the pen again only this time, it was an electric typewriter on which she wrote a very bad science fiction novel.)

Finally published in 1999, Pamela has since published twenty-three more books, both in suspense and contemporary romance. Her most recent is Once Upon a Christmas a Harlequin Love Inspired. Her next release "The Christmas Proposal" in the anthology A Timeless Christmas will be a November 2019 release. In 2009, she took first place in the American Christian Fiction Writer's Book of the Year short suspense contest. In 2008, she was a RITA finalist.

Pamela spends days as an English professor. Besides being involved in her church, writing, teaching, and taking care of her family, she is often asked to speak at various writers' organizations in the Phoenix area. She belongs to Romance Writers of America, Sisters in Crimes, and she is the past president of the local chapter of the American Christian Fiction Writer's Association. You can find out more about Pamela by visiting http://pamelatracy.com

M. Palmer
5.0 out of 5 stars Great story!
Reviewed in the United States 🇺🇸 on October 3, 2015
Wow! If you are looking for a intense book, this one is for you. It gave me the creeps, and I felt myself feeling so sorry for Alex/Greg as he tried to keep his daughter safe - which included him out of jail. There was a lot of grey area in this book, and in the end I'm left with the question - what would you do? Alex had to break several laws in order to keep you his daughter safe. He had to have his six year old to lie about her name/past. He lied in church about his wife's name...Yet I found myself rooting for this man!

I'm saddened his friend, Burt, doesn't have his own story - certainly deserving of one! There is a book, though, that covers Alex's co-worker and Lisa's sister...

There was very little romance in this, and everything didn't come out smelling like roses. After all, Alex DID break the law...
Read more
Helpful
Report abuse

Nike N. Chillemi
5.0 out of 5 stars Terrific
Reviewed in the United States 🇺🇸 on September 1, 2009
I really, really liked Alexander Cook, the main character. His situation was compelling. His wife was murdered and he has been framed for the killing and also for a bank robbery.

Alex knows a madman is loose, so he kidnaps hisown daughter, flees and goes under an assumed name. Now he's Greg Bond, but he's always looking over his shoulder.

When he meets the school teacher Lisa Jacoby, his resolve to keep his distance melts. He finds himself falling in love. His little daughter has also fallen in love with her teacher.