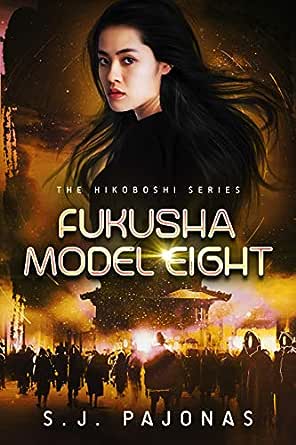 You've subscribed to The Hikoboshi Series! We will preorder your items within 24 hours of when they become available. When new books are released, we'll charge your default payment method for the lowest price available during the pre-order period.
Update your device or payment method, cancel individual pre-orders or your subscription at
Your Memberships & Subscriptions
There was an error. We were unable to process your subscription due to an error. Please refresh and try again. 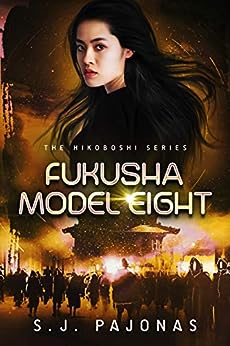 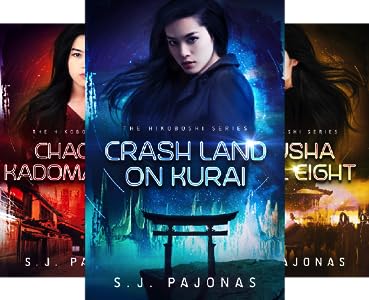 Stephanie (S. J.) is a writer, knitter, amateur astrologer, Capricorn, and Japanophile. She loves foxes, owls, sushi, yoga pants, Evernote, and black tea. When she’s not writing, she’s thinking about writing or spending time outside, unless it’s winter. She hates winter. Someday she’ll own a house in both hemispheres so she can avoid the season entirely. She’s a mom to two great kids and lives with her husband and family outside NYC. They have no pets. Yet. When it comes to her work, expect the unexpected. She doesn’t write anything typical. Find her online at http://www.spajonas.com. --This text refers to an out of print or unavailable edition of this title.

C.V.
5.0 out of 5 stars Gripping Science Fiction adventure!
Reviewed in the United States on May 18, 2018
Verified Purchase
How much do I love this series? SOOOOO much! Do you love Blade Runner? Altered Carbon? SF that makes you think, as well as having gripping characters, fantastic world building, and non-stop action? This series is for you.

Seriously, go pick up the first book and give it a go. I don't recommend reading these out of order, so if you haven't yet read the first two, definitely do that first. I love this series. I love Yumi and Rin and I cannot wait for the next book. This one felt like the pay off to everything promised in the last book, and I am so excited to see where the author takes these characters next.

Also, this is a spin off series to her other SF series, starting with the book Removed. You don't have to read that series first to enjoy this one, but both are excellent reading and complement one another.

Kindle Customer
4.0 out of 5 stars Book 4 Where Are You?
Reviewed in the United States on September 28, 2019
Verified Purchase
I absolutely loved every morsel of all three books in the Hikoboshi series. Yumi's spirit and desire to survive is daunting and courageous. I just got these books (in September 2019) when I realized they were missing from my S. J. Pajonas library and I had to have them. Is the author planning to continue the series? The story needs closure or is it just me with this need.
Read more
Helpful
Comment Report abuse

Kindle Customer
5.0 out of 5 stars Fukusha 8
Reviewed in the United States on October 6, 2018
Verified Purchase
Yumi 's day keeps getting better and better. Ever since her spacecraft crashed in this group of planets her life has never been dull. Yumi has to deal with thugs, spies, and many corporations wanting the technical data that she has. She has to figure out who to trust and who she can't.
Read more
Helpful
Comment Report abuse

When Rin finds her she's ready to do drastic things to help people, to let herself heal and for life to be quiet...things have to happen first.

Chris
3.0 out of 5 stars Not as good as the earlier books
Reviewed in the United States on May 24, 2018
Verified Purchase
The plot wanders about and a lot happens but nothing gets done. The romantic sections were easy to skip over and the end is more than a bit over the top. I’m not going to read anymore in the series.
Read more
Helpful
Comment Report abuse

Perspective of a Writer
4.0 out of 5 stars Japanese culture, new worlds, technology out of control, a kickass empowered woman
Reviewed in the United States on November 15, 2018
Yumi is pretty sure someone's trying to kill her... and she can’t remember who. Undercover and alone in one of the most dangerous cities on the Southern Continent, she's struggling to live through every day until she can find her new allies and get back to Rin. But when the mission goes wrong and Rin is kidnapped and held for ransom, Yumi must act fast. But she's not without obstacles, many, many obstacles...

After Chaos in Kadoma Ward I wasn't really sure what to expect but my gut was telling me to just jump in... and I'm sooooo glad I did! I wasn't expecting what I found in Fukusha Model Eight and it was on a totally new level. It was the same incredible Japanese culture, corporatocracy, android filled world building. Rin was the same imperfect, perfect love interest that you hope with your whole heart will never hurt Yumi... And Yumi herself was still the empowered, smart and headstrong journalist... but this time she was in the worst of the worst of situations.

That opening about killed me!! You are taken on this roller coaster of a ride with Yumi and you feel for her every step of the way, wondering if you could handle what she does and marveling that she doesn't make more mistakes. While I'm not really a martial person I was calling for a particular character's head, well maybe a couple of heads, and couldn't help wondering how differently the story would have gone if those heads had rolled. You may see some of the twists coming but you will for sure miss some of them... Fukusha Model Eight is for sure the climax of this three book arc of the Hikoboshi series!!

I seriously enjoyed Fukusha Model Eight and the action packed, roller coaster emotional ride that it takes me on. The Hikoboshi series is one for Yumi an empowered woman to shine with vulnerability, love and her go get 'em attitude! I can't believe there is more coming in the series but I'm sure S.J. Pajonas will make it even bigger and better then this stellar book.

I felt the way about this cover the same way I felt about the Chaos in Kadoma Ward ... It's great that it is so complimentary to the other books in the series, it gives a sense of events in the story and it doesn't rely on the classic couple on the cover. I also love that its a different color than the red and blue of the previous two books.

Why did I enjoy the Hikoboshi series so far? YUMI!! It's all the protagonist fault...

-Her migraines.
These are so crippling for Yumi and are connected the the weather and stress. I love how they brought her closer to Rin but also how they showed her vulnerable side without making her weak at all. They were really great at showing her state of mind as well...

-Memory loss!!
This was an unexpected development that I felt was right in line with everything that came before for Yumi... It is the element that I am the most anxious to learn more about but I love the mental health aspect it brought to her experience.

-Yakuza...
The whole contract thing around people is quite shocking but the turn of events with Haku is even more so... You'll find out all the reasons why this totally killed it in the story!! It created all sorts of problems for poor Yumi.

-The dog, Ninjin ❤️
Such an unexpected bonus!! How can we not love a dog?! Well Ninjin is actually even more precious... At times he rivals Rin for his place in Yumi's heart and for good reason. And when there was talk of saving animal consciousness... oooh you felt as conflicted as Yumi!

-Monstrous Family?!
Just a tiny hint at the fun and totally different direction this series takes... S.J. is NO slouch when it comes with bringing us the action packed battles to end all battles in the Hikoboshi series but this added a whole new dimension to the whole society!!

In the Hikoboshi series S.J. Pajonas treated her series like one long story (which it always was!) and it creates this lovely realistic experience like you are voyering in on real people, with the same ups and downs, highs and lows, despite this being a rather sensational sci-fi urban fantasy series. If you enjoy Japanese culture, new worlds, technology out of control, kickass empowered women with a touch of mental health struggles then Chaos in Kadoma Ward and Fukusha Model Eight is part of a series you will enjoy!
Read more
Helpful
Comment Report abuse
See all reviews