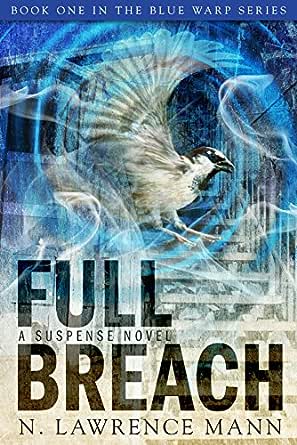 You've subscribed to Blue Warp! We will preorder your items within 24 hours of when they become available. When new books are released, we'll charge your default payment method for the lowest price available during the pre-order period.
Update your device or payment method, cancel individual pre-orders or your subscription at
Your Memberships & Subscriptions
There was an error. We were unable to process your subscription due to an error. Please refresh and try again. 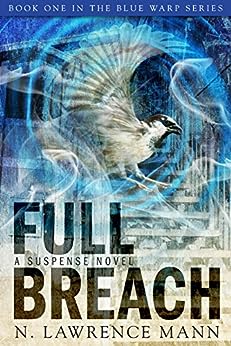 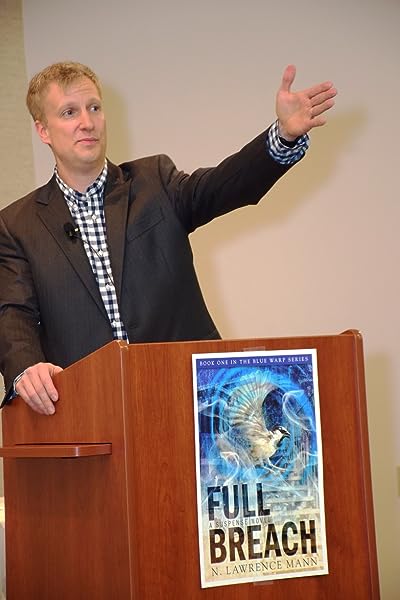 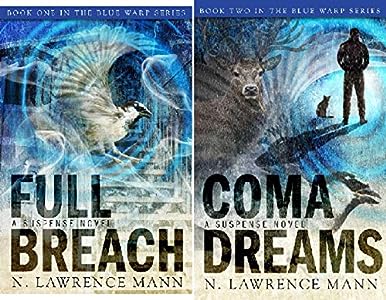 "Full Breach" was not what I expected; it was more. Mann brings readers into the world of addiction and all the nightmares that go with it. I loved Harvey, the masked man who was willing to go to any lengths to help get rid of the prophet and his henchmen.
The characters will drive you crazy, either you love or hate them. Each has a specific role in enabling Brennan's addiction while at the same time condemning him for his use. I found the very vivid and almost real visions Brennan has while using his drug of choice captivating, in that he can read the minds of others, which he uses to his advantage. The characters, dialogue and story, make readers realize that this type of mind reading could, in fact, be true if only those in the scientific field did not think it was just "paranormal junk."
The inclusion of Dr. Diana Navarro into the story was quite excellent on the author's part as she is a tenured professor in the Astronomy Department of Arizona State. Her published book about human spirituality and science explains a lot about what is going on with Brennan.
I thoroughly enjoyed reading "Full Breach" by N. Lawrence Mann, as it was engrossing from the first page to the very last. It gives one the best of all great components in a suspense novel. I look forward to reading more in the author's Blue Warp Series."
~ Carol Hoyer for Reader Views

5 STARS
"Intelligently plotted and beautifully written, Full Breach features compelling characters, a strong plot, and a well-developed conflict. The reader will like the protagonist right from the beginning of the story and the psychological intensity of the conflict is arresting. N. Lawrence Mann has the rare gift of leading readers into the minds of the characters and letting them feel their mental pain, their emotional turmoil. One gets to love the characters and want to know what becomes of them. The themes are so well developed and the author seems to have a strong grasp of what it feels like to be addicted. I particularly loved the fact that Beth and Brennen are fugitives, each of them with their load of problems. This is an engrossing read for anyone who loves stories with psychological depth and emotional intensity. "
~ Divine Zape of Reader's Review

4 STARS.
Brennan's journey out of drug addiction is equal parts wondrous and believable.
An addict, a cult, and supernatural powers make N. Lawrence Mann's Full Breach addictively thrilling. Through an ex-girlfriend, Brennan Reynolds discovered a methamphetamine derivative called The Glow. Years later, he's still addicted to The Glow. He ekes out a living running a recording studio out of his small apartment and driving part time at night.
After a strong dose of the drug, Brennan dreams of an old friend. On waking, he learns that she was murdered, and he contacts her family to offer solace. He becomes the number-one suspect.
Life goes from bad to worse when he encounters a young woman on the run from a power-hungry cult leader; he is drawn into her dilemma. When The Glow activates his unusual powers and alters his perception of reality, Brennan winds up in even more danger. Between the cult and an unstoppable serial killer who believes that Brennan is the next savior, Brennan and his allies have no safe haven.
The novel is an interesting blend of several genres. It starts off with Brennan's descent into addiction, then introduces a unique villain pursuing those who prey on believers. Instead of becoming a standard mystery thriller, though, Brennan's story comes to incorporate elements of a crime drama, a supernatural horror, a romance, and an introspective faith story, all of which build upon each other wonderfully.
Supernatural elements blur the line between religion and the unexplainable. Brennan's ability awakens when he dreams of his murdered friend, but it quickly expands into powers that allow him savior-like gifts that cannot be understood through science.
Characters are thoroughly drawn, from a tattooed gentle giant of a drug dealer to the second in command of the cult. The mysterious Snippety, a stray cat with unusual abilities of her own, is not as fully explored. Snippety can somewhat communicate with Brennan and his allies and even manages to meow out simple words.  Conversely, Dr. Diana Navarro, who wrote a book that attempts to reconcile the supernatural with science, is fascinating and fully fleshed out, even as she functions to introduce conflict for Brennan and his allies.
Colorful phrasing and engaging dialogue enliven the text. Quirky characterization crops up in the midst of action, with descriptors like "a spoiled child punting a soccer ball away after losing a big game" following fired shots. Scenes are set with just enough details. Brennan's journey out of drug addiction is equal parts wondrous and believable. A vague ending hints at possible sequels. Full Breach is a stellar novel.
~ John M. Murry, Foreword Clarion Review
--This text refers to the paperback edition.

LisaVZ
5.0 out of 5 stars A brilliantly written suspense novel by an extremely talented author.
Reviewed in the United States on April 17, 2018
Verified Purchase
I got so involved I found myself gasping out loud at some parts. The detail used to describe the characters and the events in the book paint such a vivid picture. The twists and turns in the book are like an exciting ride. The longer you're on it the faster you want to go. I couldn't wait to see what was going to happen next. The ending left me wanting more. Looking forward to the next book in the series.
Read more
Helpful
Comment Report abuse

ArianaA
5.0 out of 5 stars thumbs up
Reviewed in the United States on June 23, 2018
Verified Purchase
I enjoyed this one! The story was interesting, and I got through it quickly as I kept wanting to pick it up to see what happened next. Being someone who lived in Tempe/Phoenix at one time, I particularly enjoyed all of the references about the area. The author did a very good job of describing Tempe living and this made the read nostalgic for me. Recommend!
Read more
Helpful
Comment Report abuse

Kindle Customer
5.0 out of 5 stars Good read!!!
Reviewed in the United States on February 3, 2018
Verified Purchase
This was a very unique story. The danger of cults is ever with us, but the power of our One True God is stronger. Beth and Brennen and the ever loyal, faithful friends made for an exciting, enjoyable read. Thanks
Read more
Helpful
Comment Report abuse

MissReadsALot'
3.0 out of 5 stars A Good Read-
Reviewed in the United States on February 1, 2018
Verified Purchase
It was a good read- Outstanding character development and personalities- Some editing issues- It was my first read by the author-
Read more
Helpful
Comment Report abuse