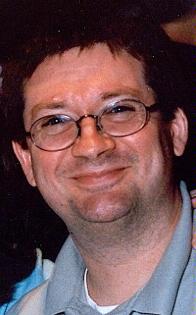 Neal is Director, Software Architect, and Meme Wrangler at ThoughtWorks, a global IT consultancy with an exclusive focus on end-to-end software development and delivery. Before joining ThoughtWorks, Neal was the Chief Technology Officer at The DSW Group, Ltd., a nationally recognized training and development firm.

Neal has a degree in Computer Science from Georgia State University specializing in languages and compilers and a minor in mathematics specializing in statistical analysis. He is also the designer and developer of applications, instructional materials, magazine articles, and video presentations. He is also the author of 6 books, including the most recent Presentation Patterns and Functional Thinking. Given his degree, Neal is a bit of a language geek, with affections including but not limited to Ruby, Clojure, Java, Groovy, JavaScript, Scala and C#/.NET. His primary consulting focus is the design and construction of large-scale enterprise applications. Neal is an internationally acclaimed speaker, having spoken at over 300 developer conferences worldwide, delivering more than 2000 presentations. If you have an insatiable curiosity about Neal, visit his web site at nealford.com. He welcomes feedback and can be reached at nford@thoughtworks.com.

Start reading Functional Thinking: Paradigm Over Syntax on your Kindle in under a minute.

N. Paul
2.0 out of 5 stars I'm unsure of what this book is trying to achieve
Reviewed in the United States on May 21, 2019
Verified Purchase
I don't know where this book should exist on my digital bookshelf. It'll be something I will probably never return to after a cursory read.

The author does an okay job at going over some of the really basic functional programming concepts. However, the points get lost in all the examples. The author often writes a brief paragraph or two on the concept of the section, and then will list multiple examples in Groovy, Scala, and Clojure, when a single example would be fine.

Switching between three functional languages adds no value to the content; it seems like the author is trying to reach as broad of an audience as possible. However, it just means that I skip 2/3rds of the examples because I understand the concept after a single example. I know none of these languages, but I'm familiar with other functional languages and many of the concepts. I was able to pick up on the syntax of these languages, but it would be much easier if one language was used throughout. Sometimes it feels that the author is either teaching/advertising the languages, or just plain trying to show off.

I don't think this book presents anything new. It's a decent introduction to the high-level concepts for someone completely unfamiliar with the functional paradigm, but you can safely skip most of the examples.

I had to subtract a star because I have the Kindle edition and none of the figures are rendered. I haven't felt that I've missed any content because of this, but it sure is annoying. The code samples are all there, even though the rendering quality is pretty low.
Read more
2 people found this helpful
Helpful
Comment Report abuse

pdxdan
5.0 out of 5 stars Great language-agnostic primer on functional programming
Reviewed in the United States on April 2, 2016
Verified Purchase
I really enjoyed this book. I found it useful to learn the concepts first, then see various implementations of the concepts in different languages.
Read more
One person found this helpful
Helpful
Comment Report abuse

krutcha
5.0 out of 5 stars Five Stars
Reviewed in the United States on September 11, 2016
Verified Purchase
great book for those who would like to start writing functional programs
Read more
Helpful
Comment Report abuse

Patrick C. Kujawa
5.0 out of 5 stars Extremely helpful, but maybe not for beginners
Reviewed in the United States on August 9, 2014
I think this may be my first amazon review, but I had to respond after seeing two very negative reviews about this book. First, I can understand that this book can be confusing, as it dives right in to functional programming (FP) without a primer or appendix to help beginners. (I strongly recommend [defmacro - Functional Programming For The Rest of Us](http://www.defmacro.org/ramblings/fp.html) for that purpose.) However, as an intermediate developer with an (apparently) above-average exposure to FP, I found this book to be extremely illuminating and incredibly useful for me to advance to the next level of FP understanding.

Sidenote: One reviewer asserts that the author is confused and perhaps lacks knowledge. I don't know Neal Ford, but I am very familiar with the output of the company at which he works - ThoughtWorks. I can say for certain that anyone employed by them for years is certainly knowledgeable about software engineering, particularly when it comes to real-world usage.

Why did I find the book so valuable?
* As you can see from the [hosted code](https://github.com/oreillymedia/functional_thinking), Ford accompanies all of his code examples with unit tests, which I find essential for understanding and trust.
* Most examples are done in Clojure (a LISP variant for the JVM), Groovy (a dynamic JVM language), **and** Java 8 (sometimes using the Functional Java library), as well as a number in Scala. I find that comparisons between languages improve my learning and retention, in addition to giving extra perspective.
* Ford guides the reader through the mix of terminology for the essential FP functions and how they differ by language: map (when it is called 'collect' and why; a.k.a select), reduce (when it is called 'collect'; plus how it differs from fold), and filter (a.k.a. where).
* All concepts are followed by (or introduced with) example code - this is not just a theory book.
* Some Design Patterns are reviewed and translated to their FP equivalents, which are often simpler.
* He provides the best explanation of recursion I've ever read:
"In reality, [recursion is] a computer-sciencey way to iterate over things by calling the same method from itself, reducing the collection each time, and always carefully ensuring you have an exit condition. Many times, recursion leads to easy-to-understand code because the core of your problem is the need to do the same thing over and over to a diminishing list."
* Ford also provides a helpful explanation of Currying vs partial application (better in context, but here is the crux):
"Currying describes the conversion of a multi-argument function into a chain of single-argument functions. It describes the transformation process, not the invocation of the converted function. The caller can decide how many arguments to apply, thereby creating a derived function with that smaller number of arguments. Partial application describes the conversion of a multi-argument function into one that accepts fewer arguments, with values for the elided arguments supplied in advance. The technique’s name is apt: it partially applies some arguments to a function, returning a function with a signature that consists of the remaining arguments. With both currying and partial application, you supply argument values and return a function that’s invokable with the missing arguments. But currying a function returns the next function in the chain, whereas partial application binds argument values to values that you supply during the operation, producing a function with a smaller arity (number of arguments). This distinction becomes clearer when you consider functions with arity greater than two. For example, the fully curried version of the process(x, y, z) function is process(x)(y)(z)"

There were times that I skimmed through sections (particularly the ones heavy on a Java implementation of pattern matching), but overall I was extremely pleased with the content.
Read more
53 people found this helpful
Helpful
Comment Report abuse

pagoda_5b
5.0 out of 5 stars An excellent introduction to the functional approach, for java developers
Reviewed in Italy on May 1, 2015
Verified Purchase
I absolutely enjoyed reading this book. Neal Ford did a good job of nailing down the more common functional approaches to problem solving.
The book gives plenty of examples to show how popular jvm languages (groovy, clojure, scala) give you the needed tools to start thinking differently at the way you program. In each chapter the author goes to some length to explain what's the reasoning behind those modeling choices, building a step by step understanding of what's generally considered the functional way.
Really recommended if you know java and want to introduce a new way to approach programming to your baggage.
Read more
Report abuse

M. W. Walker
4.0 out of 5 stars Good introduction
Reviewed in Canada on December 21, 2018
Verified Purchase
Good overview of the paradigm shift that is functional programming, even if the example does eventually get a little tiresome.
Read more
Report abuse

Michael Burns
1.0 out of 5 stars A confused book that only touches briefly on functional programming concepts
Reviewed in the United Kingdom on August 2, 2014
Verified Purchase
I bought this book primarily based on the subtitle of 'Paradigm Over Syntax' thinking it would skip the usual tedious language specific advice and program listings and concentrate instead on core functional programming ideas like pure functions, functional data structures and designing functional applications. Unfortunately this book really only touches on those ideas and offered very little insight that anyone vaguely familiar with FP would already know.

There is quite a lot of focus on syntax since almost every example is shown in three different languages (java, groovy, scala/clojure) and the differences between the syntax explained over and over. Groovy specific constructs are discussed frequently and the author openly admits that many of these have nothing to do with FP.

The book ends with a ramble about metaprogramming, build systems and a couple of paragraphs on building functional architectures.
Read more
6 people found this helpful
Report abuse
See all reviews