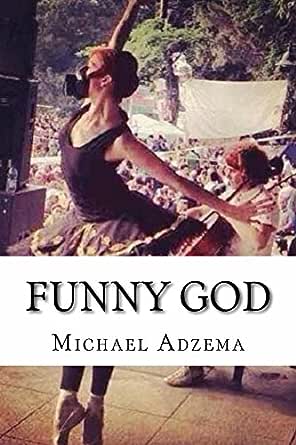 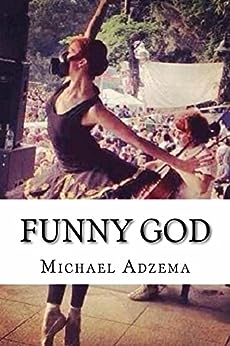 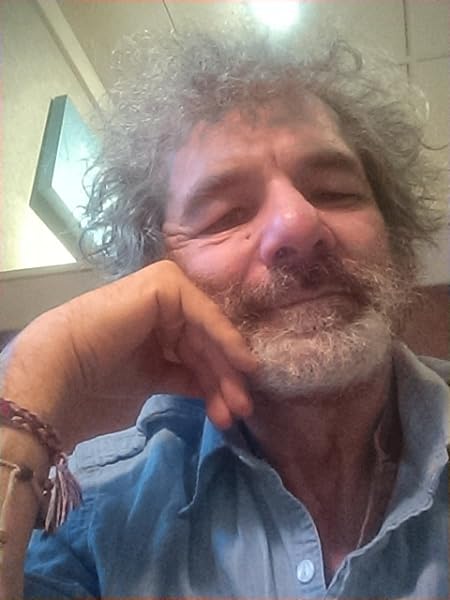 Michael Adzema is an author, activist, teacher, and psychotherapist, specializing in primal therapy, breathwork, and rebirthing. He was the editor of Primal Renaissance — a professional journal of primal psychology — and was the first person in the United States to teach prenatal and perinatal psychology at the university level, which he did at Sonoma State University in the early Nineties. In the early Eighties, working as an anti-nuke activist with Oregon Fair Share, he was one of a small group of people whose actions led to the lawsuit that ended nuclear plant construction in the United States. Over the last fifteen years, Michael Adzema has managed and authored a number of popular websites and blogs, including Primal Spirit; Becoming Authentic; The Great Reveal by the Planetmates; Apocalypse NO; Culture War, Class War; and Things That Want to Be Said. In addition to Funny God, within the past year he has authored and published the books, Planetmates: The Great Reveal (2014), Wounded Deer and Centaurs (2015), and Falls from Grace (2014), which has been listed as a reference on prenatal and perinatal psychology. In the Nineties, he authored the books Primal Renaissance and Apocalypse or New Age? In 2013, he completed and published his books, Experience Is Divinity; Apocalypse NO; Culture War, Class War; and the companion volume to Apocalypse NO, titled Apocalypse Emergency — Love’s Wake-Up Call. The works above, excluding Primal Renaissance and Apocalypse or New Age? are parts of his Return to Grace series of ten volumes, which are being produced and published in 2013 through 2015. At this writing there are two more books in that series forthcoming. He currently lives — alternately and nomadically — in Eugene, Oregon and the Los Angeles area, with his beloved wife, Mary Lynn Adzema, and their wise and devoted friend, Muff, aka, Sillycat Muff, Cat Anthropologist — a planetmate of the feline persuasion. --This text refers to the paperback edition.

C. C. Lemoine
5.0 out of 5 stars Awakening to Truths of existence ! by Ray Lemoine
Reviewed in the United States on April 7, 2015
Verified Purchase
This is the forth book i have read from Michael's writings and again i must say it was worth the time because of the unique manner that this (knowledge) was presented. I have read many books in my life time on religions ,philosophies , mysticism and sciences searching for reasons why we are here on this plane of existence and of coarse, all the other questions i had pertaining to many unknowns . Michael's experiences with consciousness (True Self) and matter is presented in a format which will make you realize many TRUTHS to say the least (esp. in the experiences he's had in his life time). There are many wonderful thoughts in this book about us (Physical beings) and God,Universal Consciousness, ALL THAT IS, what ever you wish to call it (DOESN'T MATTER ANYWAY! )-just mental creations for communications on this level. There is no such thing as death-how can there be- consciousness is eternal and is locked into time for brief periods for experiences at many different levels. Of coarse, there are many levels to exist in (the physical body is only one of them) and Michael's explanations of some of this is wonderful. You will come to a different realization after reading this book and you will find a peace in your lower self (thats where all the turmoil is) Your Higher self is always at peace but you must merge with it to realize that greatness and-- knowing ,awareness, experience are the keys that opens that door. Oh God ! your funny in some ways and i think Michael has found you in his personal realizations. ray lemoine
Read more
2 people found this helpful
Helpful
Comment Report abuse

Amazon Customer
5.0 out of 5 stars A must for your bookshelf.
Reviewed in the United States on April 28, 2017
Verified Purchase
Before reading Funny God by Michael Adzema I worried about it being to technical, but it wasn't. I simply loved it!
It is a must for your bookshelves.
Thank you Michael Adzema for your insight.
Read more
One person found this helpful
Helpful
Comment Report abuse

cathy maxwell
5.0 out of 5 stars Read ..this most Enjoyable FUNNY GOD!!!💜
Reviewed in the United States on April 29, 2015
Verified Purchase
THE BEST..Re reading it..Enjoyable, my first Micheal Adzmas Books at 60! I will be reading him awhile 😎
Read more
One person found this helpful
Helpful
Comment Report abuse
See all reviews from the United States