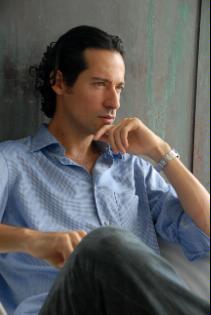 The Future of Liberation Theology: An Argument and Manifesto Paperback – June 28, 2006

Ivan Petrella is Associate Professor at the University of Miami in Florida, USA. He is author of numerous articles and contributions to collected works, and in addition to this book, also Latin American Liberation Theology: the Next Generation, 2005.

Matthew J. Frizzell
5.0 out of 5 stars Well Argued Recovery of Latin American Theology of Liberation for the 21st Century
Reviewed in the United States on November 7, 2009
Verified Purchase
Patrella's book is a refreshing reminder of the historical vision of Latin American Theology of Liberation. Written like a manifesto, Patrella's book sweeps through the founding voices of Latin American theology - Gustavo Gutierrez, Leonardo and Clodovis Boff, Jon Sobrino, Enrique Dussel, and others - to argue the recovery of the historical projects central to liberation, which have been lost in decades of spiritualization of liberation and fashionable declarations about 'the end of history' following the demise of socialism. Patrella denies these closures.

This quote from the books introduction outline Patrella's project:

"The time to reinvent liberation theology is now. Latin American liberation theology was born with the promise of being a theology that would not rest with merely talking about liberation but would actually help liberation people from material deprivation. If thus had two parts; a rereading of Christianity from the perspective of the oppressed and the construction of 'historical projects': models of political and economic organization that would replace an unjust status quoe. These two parts were inseparable in the pursuit of liberation...My purpose is constructive: the refashioning of liberation theology for a new century but an old challenge, the liberation of the poor." (Introduction, vii)

Chapters 1 and 2 look back to recover the missing project of history in liberation theology's inception and recovers it for the present. Chapter 3 grounds the politics of Patrella's outlook and asserts democracy as an undone historical project. Chapter 4 attacks the way capitalism has been theorized and suggests that liberation theology must rethink its approach to capitalism and socialism. The task is to look beyond capitalism vs socialism as mutually exclusive, i.e. false, alternatives. Chapter 5 looks beyond the determinism of Marx's social theory and, instead, draws on the social theory of Roberto Unger. Unger's social theory views society and institutions as much less unified and stable as often accepted. His concepts of institutional imagination and alternative pluralisms ground a fresh look at how institutions are both in flux and changable. Chapter 6 brings Patrella's argument full circle and revisits the future and possibilities of liberation theology.

I highly recommend Patrella's book to anyone - theologian or activist - who is concerned or committed to participating in history's future shape. There is a latent feeling of hope amidst malaise, which Patrella and Liberation Theology taps in the face of the triumph of the individual, triumph of the market, and quiet exclusion of the poor in a world where evangelical "freedom" and doctrine of salvation by economic growth reigns unchecked. Good read.

Steven H Propp
TOP 50 REVIEWER
5.0 out of 5 stars A PROPOSAL TO “REFASHION” LIBERATION THEOLOGY FOR THE 21ST CENTURY
Reviewed in the United States on March 18, 2018
Ivan Petrella (born 1969) is an Argentine social theorist, and the Secretary of Culture in Argentina's Ministry of Culture; he also teaches at Universidad Torcuato Di Tella in Buenos Aires. He has also written/cowritten/edited books such as  Beyond Liberation Theology: A Polemic , Latin American Liberation Theology: The Next Generation , and  Another Possible World .

He explains, “my argument denies the theology/sociopolitical analysis split in two ways: first, by collapsing the distinction between the theological and the political and insisting on the development of what could be called the material component of liberation theology’s categories. Within my scheme, ‘the preferential option for the poor’ and ‘liberation’ … are to be developed as alternative … political, economic, and social institutions that can be enacted at society’s many levels: at the level of the church as well as grass roots organizations, at the level of civil society as well as the state, at the level of local economies as well as the national, and eventually global, economy as a whole.” (Pg. 39)

He observes, “Today any such project must be couched in the language of democracy.” (Pg. 46) He continues, “Liberation theologians and popular movements alike now see political democracy as an area where they can strive for an alternative model of democratic organization in which the majority would be able to participate… this model must be created by the popular classes themselves… Liberation theologians thus abandoned revolution and embraced political democracy while remaining unwilling to grant it the last word. Instead, they suffused the concept of democracy with an ideal content of far greater participation and equality than allowed for in existing democratic regimes.” (Pg. 58)

He concludes, “Liberation theology invites the theologian to place at his or her heart the problems of the majority of humankind…. From a global perspective, it is the European and North American standard of living that is extreme and unusual in that it represents an extreme and unusual case of affluence in the midst of routine poverty. From a global perspective, affluence is the exception and lack is the rule. No understanding of liberation theology that fails to make the construction of historical projects a central element fully takes the plight of humanity’s majority to heart.” (Pg. 136)

This book will interest those concerned with the contemporary application of Liberation Theology.
Read more
Helpful
Comment Report abuse
See all reviews