Future Tense Fiction: Stories of Tomorrow and millions of other books are available for Amazon Kindle. Learn more
Share <Embed> 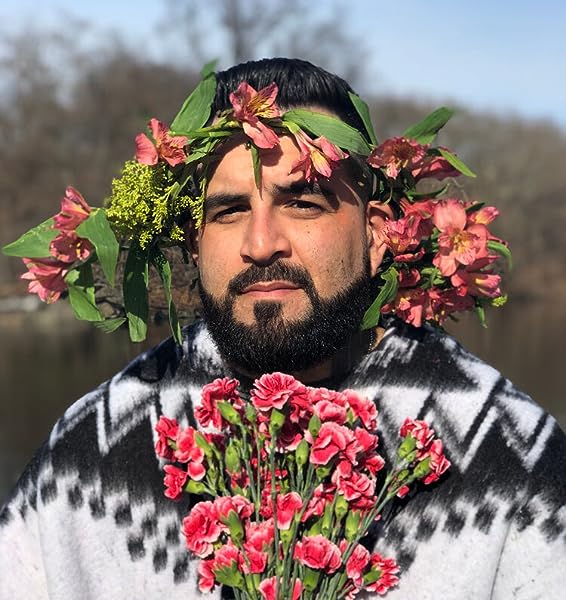 "Because of the diversity of its authorship, this anthology does more than imagine what the world might be like if all of our perspectives were included. Instead, it moves past the picture of representation to a clear, uncompromising, imaginative look at just what it is we are all included in. Provocative, challenging stories that project the tech innovations of today onto the moral framework of tomorrow." ―Kirkus Reviews, Starred Review

"This dynamic, dud-free anthology of 14 short stories written by some of speculative fiction’s greats provides gripping, convincing glimpses into various near futures... essential reading for anyone intrigued by what might come next for humankind." ―Publishers Weekly, Starred Review

"These 14 intelligent and complex stories hold both hopes and fears for our future, presenting poignant and fascinating tales of what we should consider as we alter our world." ―Booklist

Charlie Jane Anders is the author of The City in the Middle of the Night and All the Birds in the Sky, which won the Nebula, Locus and Crawford awards and was on Time Magazine's list of the 10 best novels of 2016. Her Tor.com story "Six Months, Three Days" won a Hugo Award and appears in a new short story collection called Six Months, Three Days, Five Others. Her short fiction has appeared in Tor.com, Wired Magazine, Slate, Tin House, Conjunctions, Boston Review, Asimov's Science Fiction, The Magazine of Fantasy & Science Fiction, McSweeney's Internet Tendency, ZYZZYVA, and several anthologies. She was a founding editor of io9.com, a site about science fiction, science and futurism, and she organizes the monthly Writers With Drinks reading series. Her first novel, Choir Boy, won a Lambda Literary Award.

Madeline Ashby is a science fiction writer and strategic foresight consultant living in Toronto. She is the author of the Machine Dynasty series from Angry Robot Books, and the novel Company Town from Tor Books, which was a Canada Reads finalist. As a futurist, she has developed science fiction prototypes for Intel Labs, the Institute for the Future, SciFutures, Nesta, the Atlantic Council, Data & Society, InteraXon, and others. Her essays have appeared at BoingBoing, io9, WorldChanging, Creators Project, Arcfinity, MISC Magazine, and FutureNow. She is married to horror writer and journalist David Nickle. With him, she is the co-editor of Licence Expired: The Unauthorized James Bond, an anthology of Bond stories available only in Canada. You can find her at madelineashby.com and on Twitter @MadelineAshby.

Paolo Bacigalupi's writing has appeared in WIRED Magazine, Slate, Medium, Salon.com, and High Country News, as well as The Magazine of Fantasy and Science Fiction and Asimov's Science Fiction Magazine. His short fiction been nominated for three Nebula Awards, four Hugo Awards, and won the Theodore Sturgeon Memorial Award for best science fiction short story of the year. It is collected in Pump Six and Other Stories, a Locus Award winner for Best Collection and also a Best Book of the Year by Publishers Weekly. His debut novel The Windup Girl was named by TIME Magazine as one of the ten best novels of 2009, and also won the Hugo, Nebula, Locus, Compton Crook, and John W. Campbell Memorial Awards. He is also the author of Ship Breaker; The Drowned Cities, Zombie Baseball Beatdown, The Doubt Factory, The Water Knife, and Tool of War.

Meg Elison is a science fiction author and feminist essayist. Her debut novel, The Book of the Unnamed Midwife, won the 2014 Philip K. Dick award. Her second novel was a finalist for the Philip K. Dick, and both were longlisted for the James A. Tiptree award. She has been published in McSweeney's, Fantasy & Science Fiction, Catapult, and many other places. Elison is a high school dropout and a graduate of UC Berkeley. Find her online, where she writes like she's running out of time.

Lee Konstantinou is a writer and Associate Professor of English at the University of Maryland, College Park. He is also a Humanities editor at LARB. He’s written fiction, criticism, and reviews. He wrote the novel Pop Apocalypse (Ecco/HarperPerennial, 2009) and co-edited (with Sam Cohen) The Legacy of David Foster Wallace (University of Iowa Press, 2012). Cool Characters: Irony and American Fiction was published in 2016 by Harvard University Press.

Start reading Future Tense Fiction: Stories of Tomorrow on your Kindle in under a minute.

Jonathan
5.0 out of 5 stars Great writing; smart ideas; no lemons.
Reviewed in the United States on June 8, 2020
Verified Purchase
This is a fantastic collection. 10 of the stories deserve 5 stars. The remaining 4 deserve 3-4 stars. I recommend this to anyone who likes speculative science fiction OR literary fiction. Fans of Emily St. John Mandel, Blake Crouch, and NK Jemison are sure to enjoy (Note: Mandel is the only one of these to have a story here). I normally struggle to get fully invested in short stories and am left feeling incomplete, but all of these had me fully hooked within the first 2 pages and left me feeling satisfied at the end.
Read more
One person found this helpful
Helpful
Report abuse

XY
4.0 out of 5 stars ok
Reviewed in the United States on December 6, 2019
I liked 4 of the 14 stories in this book. A 28% success rate sounds low until I admit that I like only about 5% of new science fiction being written these days.
Read more
4 people found this helpful
Helpful
Report abuse

Poetvet
5.0 out of 5 stars Great selection of diverse writers of speculative fiction--FINALLY!!!
Reviewed in the United States on November 5, 2020
This is a great collection of speculative fictions, with great diversity, wonderful inventiveness and is a perfect collection for the college classroom; I teach in a STEM school and this book has helped me to bridge that gap between 'pulp' Scifi writing and 'literary' writing. It gives me new materials (beyond those stories most students have read before they get to my class like Walker, LeGuin, Atwood, Vonnegut. I love this book.
Read more
Helpful
Report abuse
See all reviews