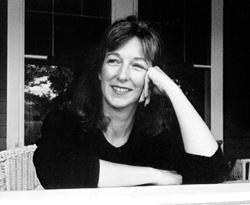 by Sandra Boynton (Author, Illustrator)
4.5 out of 5 stars 170 ratings
See all formats and editions
Sorry, there was a problem loading this page. Try again.
Read more Read less
Previous page
Next page

Sandra Boynton knows her farm animals. This simple board book, "a touch, skritch, & tickle book," will delight babies and toddlers (and probably moms and dads too) with its multi-sensory presentation of whimsical barnyard creatures. Each bright, colorful illustration features a tactile component and some fun words to accompany it. The cow's nose is made of a soft pink material and the text on the opposite page declares, quite correctly, "Fuzzy fuzzy fuzzy." A dog with a rough paw, a pig with a smooth nose, a turkey with a "little bit bumpy" wattle, and a soft-bellied duck round out the ensemble. The final page features two chicks inside lift-the-flap eggs who disagree about whether to start over at the beginning of the book. "Touch and feel" children's books are no new innovation but too often the different textures end up feeling more or less the same. But Fuzzy Fuzzy Fuzzy! features quality construction and is large enough for very young children to hold and manipulate. (Baby to preschool) --John Moe

Sandra Boynton is a popular American cartoonist, children’s author, songwriter, producer, and director. Since 1974, Boynton has written and illustrated over sixty children’s books and seven general audience books, including five New York Times bestsellers. More than 70 million of her books have been sold, “mostly to friends and family,” she says. She has also written (with Michael Ford) and produced six albums of renegade children’s music. Three of her six albums have been certified Gold (over 500,000 copies sold) and Philadelphia Chickens, nominated for a Grammy, has been certified Platinum (over 1 million copies sold). Boynton has also directed twelve music videos of her songs, including the award-winning “One Shoe Blues” starring B.B. King, “Alligator Stroll” starring Josh Turner, and “Tyrannosaurus Funk” (animated) sung by Samuel L. Jackson. She lives in rural New England, and her studio is in a barn with perhaps the only hippopotamus weathervane in America.
Tell the Publisher!
I'd like to read this book on Kindle

4.5 out of 5 stars
4.5 out of 5
170 global ratings
How are ratings calculated?
To calculate the overall star rating and percentage breakdown by star, we don’t use a simple average. Instead, our system considers things like how recent a review is and if the reviewer bought the item on Amazon. It also analyzes reviews to verify trustworthiness.

Jessica
2.0 out of 5 stars Disappointing book from a great author
Reviewed in the United States on December 4, 2016
Verified Purchase
The touchy feely parts are smaller than expected and the book itself is much larger. The book is too big for a baby to hold or look at independently, so by the time the child is big enough to look at the book alone, they will have mentally outgrown it. The text is literally a word describing the textures repeated 2-3 times. Basically, look at the cover and ask yourself if that format is what you want on every page of the book. I would return it if return shipping didn't cost almost as much as the book itself.
Read more
5 people found this helpful
Helpful
Report abuse

Christie
5.0 out of 5 stars Funny Funny Funny!
Reviewed in the United States on July 23, 2017
Verified Purchase
Sandra Boynton's books are hilarious and suitable for very young (under one year). My grandson laughs and has loved this book since he was 10 months old (when we got it). His older cousins also giggle and laugh as we read it together.

Can't go wrong with a Sandra Boynton book, and with board books the kids can turn pages and enjoy the book on their own even before they can walk!!

TZ
5.0 out of 5 stars Cute and fuzzy
Reviewed in the United States on August 11, 2012
Verified Purchase
This is a cute little book. Be warned that the book is only a few pages long and it is VERY simple. You touch a cow, dog, pig, turkey, duck, and lift the flaps on two eggs. That's it. So if you are looking for the prose that Sandra Boynton is known for, you won't get it here. Still, my baby likes this book. The pictures are big and bright, and the touch and feel parts are fun to touch. He especially likes the Yes/No eggs at the end, especially when I give "YES!" and "NO!" sound effects whenever he opens every flap. The book is large and substantial, which helps, but be warned that the flaps on the eggs are sticky and hard to open. My baby can't flip the flap by himself and I only manage to lift it for him because I tore a flap lifting it once, so I use the tear as a little handle to open it. Publisher: this is a great book, but please fix the eggs!
Read more
3 people found this helpful
Helpful
Report abuse

Jess P
5.0 out of 5 stars Large Texture Spots, Good Purchase
Reviewed in the United States on January 12, 2016
Verified Purchase
My son loves touch and feel and lift the flaps books and this is perfect. Most touch and feel books have very tiny feeling sections which I do not like, but this one is great. Large sections to feel different designs - fuzzy, rough, smooth, bumpy, soft and on the last page has two lift the flaps. The illustrations are all of animals, very plain and basic, just a large simple animal and there is no story to it, the words just tell the texture being felt. My 17 month old received this for his 1st birthday and it is still a favorite.
Read more
Helpful
Report abuse

scotty reiss
5.0 out of 5 stars Touchable fun--the best first book for a baby
Reviewed in the United States on March 9, 2015
Verified Purchase
Sandra Boynton books are THE BEST. This one has flaps and touchable textures that babies and toddlers just love. It's perfect for babies who are just learning to turn a page and look at books; they love to touch the soft or bumpy textures and turn the page, and Boynton's fun stories and illustrations are delightful, the first time you read it or the one millionth, which you will do (we did!). Great book--I highly recommend it.
Read more
2 people found this helpful
Helpful
Report abuse

stephanie
3.0 out of 5 stars Just ok.
Reviewed in the United States on November 4, 2013
Verified Purchase
I love the Boynton books and my kids love them too. I was expecting more from this book. It is your basic large board book with 6 pages. It only has one touch feature per page, which I didn't like. The story is of course, wonderful and simple, and the last page is really funny, and has flap feature, that true to form, my daughter ripped off. I just wish there was more for my kids to interact with. I feel like the story is not cute enough to make up for what the touch lacks.
Read more
Helpful
Report abuse

Daycare grammie
5.0 out of 5 stars Another Sandra Boynton success!
Reviewed in the United States on April 12, 2015
Verified Purchase
Babies have loved this book since the first time we read it! They love the cow's fuzzy hair on the cover and all the other textures within the book. It is one of the most read books in my daycare. Only issue I have is with the sharper edges of the eggs at the end of the story.
Read more
One person found this helpful
Helpful
Report abuse
See all reviews

J. Brown
4.0 out of 5 stars Brilliant fun
Reviewed in the United Kingdom on August 22, 2005
Verified Purchase
Love this book (and so does my 10 month old daughter). MY rating is only missing the fifth star because the book is a bit short.
Lovely funny drawings, funky blue hair for the cow, amusing ultra-cool pig in shades, and two very funny birds at the end. The humour is of the kind that will amuse adults as well as children.
I went out and bought more Boynton books after buying this one (Hippos Go Beserk is the very best book ever).

Meagol
1.0 out of 5 stars Not a book! Just lazy.
Reviewed in Canada on February 20, 2011
Verified Purchase
I agree with the "I want my money back" reviewer. Love the Boynton board books and managed to collect some 20 of them; they are usually funny and quirky and cute. But this is not a book. It's 5 animals, 5 textures, pointless; you can get about as much textures for your baby to experience without getting off the couch. And it's a rip-off for $10. Or for $5 for that matter. I'm sure that Lady Boynton put more words in her average greeting card. Apart from the last question on the back page (to which the answer is NO) there are 9 words in total, with 2 of those in triplicate. If you liked this book, insert a couple of cute animal drawings in my review, and you can call it a novel; send me $10.
Read more
2 people found this helpful
Report abuse

Amazon Customer
5.0 out of 5 stars A fun and simple book
Reviewed in Canada on January 10, 2017
Verified Purchase
A fun and simple book, perfect for babies. My little girl loves feeling all of the textures. She coos and smiles every time we read it. Arrived in perfect condition. Thank you!
Read more
Report abuse
See all reviews

Page 1 of 1 Start overPage 1 of 1
Previous page
Next page
Pages with related products. See and discover other items: interactive book, interactive fiction, children books on hippos, feel good books, animal jokes, baby animals
Back to top
Get to Know Us
Make Money with Us
Amazon Payment Products
Let Us Help You
EnglishChoose a language for shopping. United StatesChoose a country/region for shopping.
© 1996-2021, Amazon.com, Inc. or its affiliates