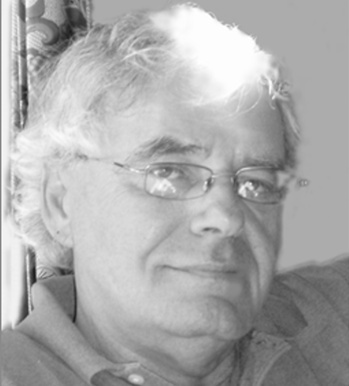 G. Gene Black was born in the town of Greensburg, Indiana.

His writings began as short stories made available on social media where followers urged him to pursue the art of screenwriting. He's been a home builder and held various sales positions over his career. He's also been a freelance writer and songwriter since 2008. As an artist he does oil on canvas and enjoys playing piano. He currently resides in California with his wife while working on his next screenplay and novel.

In 2016, he completed the screenplay musical Piper which was followed by the novel. He's a member of the Production Arts Group in Los Angeles and the International Screenwriters' Association. His genre has been Fiction/Fairy Tales, Legends & Mythology, as well as musical — live or animation within the family sub genre.

Piper is an allegorical fairy tale influenced by the author's studies of the early 1700's and his fascination with pirates, Grub Street, and the Stamp Tax of 1712. The Piper story was written for ages 9 and up and should appeal to a wide audience young and old.

The story was seeded in July of 2009 by StoryStalker®, a character the author created. The title itself inspired the creation of the Old Crow, who's the antagonist in Piper.

The plot of, No More Stories, was further inspired by historical letters and writings by Jonathan Swift c. 1712, the "Curiosities of London" by John Timbs—D. Bouge, London, c. 1855 and their haunting stories of the Grub within London:

"Do you know that Grub Street is dead and gone last week? No more ghosts or murders now for love or money. I plied it pretty close the last fortnight and published at least seven penny papers of my own, besides some of other people's; but now every single half sheet pays a half penny to the queen. The Observator is fallen; the Medlays we jumbled together with the Flying Post, the Examiner is deadly sick; the Spectator keeps up and doubles its price; I know not how long it will hold. Have you seen the red stamp the papers are marked with? Methinks the stamping it is worth a half penny." —Jonathan Swift (August 7, 1712) [Project Gutenberg: The Journal To Stella; London, Methuen & Co. 1901]

Beyond those scattered influences, there was not a straightforward attempt at parody or historical fiction; but history does leave a story in its wake. 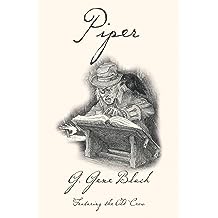 "Timothy Rags, or Taylor as he liked to be called, is a detective. He's on a sabbatical of sorts, imposed by his employers. He's been sent to de-stress in a tiny village, Kipper's Cove. Stumbling out of a storm into a quaint store, he discovers a book which the owner, Samuel, lends him. Back at his lodgings, Taylor immerses himself in the book and finds himself swept into another world, another time, in a tiny village called Thyme on the river Thymes. And Samuel's there too, as is the lovely landlady's daughter, Ms. Gibson. The year is now 1712, about three hundred years before Taylor's time, and the Samuel and Ms. Gibson of this century share the story of an adventure filled with the power of music and the power of the written word, a story that makes the reader believe they've fallen down the rabbit hole with Alice, or flown off with the fairy Tinkerbell to Never-Never Land.

The reader is certainly presented with a tale full of wonder and extraordinary events, extraordinary people and creatures, and extraordinary places. With an evil witch set to steal all of the stories and a child who escapes her evil ways to become a magical piper capable of weaving musical spells, G. Gene Black's debut fantasy, Piper, exudes charm, adventure, and the magic and power of both music and the written word.

The story takes the reader through a myriad of plots and sub-plots with expertise and grace. This story is a real classic, one to capture the hearts of young and old alike for generations."

SAN FRANCISCO, Dec. 13, 2016 /PRNewswire/ -- Hailed "A Story to Love" by Critics. Masterfully crafted from the intricate mind and boundless imagination of G. Gene Black, 'Piper' takes young readers back to the golden age of piracy as they embroil themselves in the power of music and the written word. Inspired by the historical letters of Jonathan Swift, Black's latest creation follows the escapades of a modern-day detective who falls in love with the past; an obsession that will soon have him (and all preteen readers!) encountering witches, pirates, mythical creatures and magic. One critic recently wrote, "...a real classic, one to capture the hearts of young and old alike for generations." G. Gene Black is stepping up with gusto, bringing the market a new action/adventure novel that harks back to that bygone, classic era of storytelling. Piper is a literary cocktail of myth, folklore, song and legend; a new style of fairy tale that fuses its innate innocence with the freedom and intensity that only magic can provide.