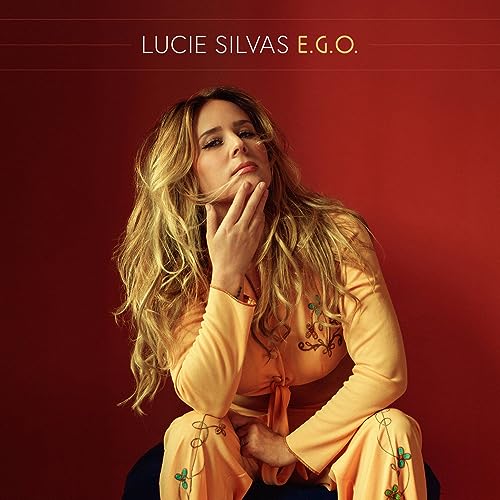 4.3 out of 5 stars
4.3 out of 5
55 global ratings
How are ratings calculated?
To calculate the overall star rating and percentage breakdown by star, we don’t use a simple average. Instead, our system considers things like how recent a review is and if the reviewer bought the item on Amazon. It also analyzes reviews to verify trustworthiness.
Top reviews

jessicag13
5.0 out of 5 stars Get it
Reviewed in the United States on August 28, 2018
Verified Purchase
Insanely talented. One of the best albums I’ve heard in a long time. Highly recommend.
Read more
3 people found this helpful
Helpful
Report abuse

Diane B
5.0 out of 5 stars Great new music
Reviewed in the United States on September 3, 2019
Verified Purchase
I saw her perform live this summer when she opened for Heart and had to buy her music! It's an excellent collection of original songs that cross from rock to blues with a little country. She has a wonderful voice.
Read more
One person found this helpful
Helpful
Report abuse

Rachel
1.0 out of 5 stars Received wrong album TWICE (not a review for the music, this album is fantastic)
Reviewed in the United States on May 12, 2020
Verified Purchase
i had to return this item TWICE because i received the wrong album twice. both albums i received were interesting to say the least. on the second return, i didn’t even have the option to try and get the correct item. the first box was labeled as Ego and the second was labeled with two different albums. very frustrating.
Read more
2 people found this helpful
Helpful
Report abuse

Michelle
1.0 out of 5 stars DO NOT ORDER THIS ITEM
Reviewed in the United States on February 5, 2020
Verified Purchase
I love Lucie, she is amazing and so is this album BUTTTTTT, Amazon has another vinyl album, by another artists labeled with the same barcode. Therefore you will get the wrong album. Happened to me not once but twice. It's also an obvious issue, if you're fulfilling the order when you see two barcodes on the box but fulfillment staff must not be the sharpest tool in the shed.
Read more
Helpful
Report abuse

Melissa H.
3.0 out of 5 stars Not my favorite
Reviewed in the United States on June 29, 2020
Verified Purchase
Was so excited to hear more music from Lucie Silvas!! Some good material, but the overall feel and vibe just wasn't something I liked as much as her prior albums. Personal taste, I suppose.
Read more
Helpful
Report abuse

Jen
1.0 out of 5 stars Damaged
Reviewed in the United States on December 7, 2018
Verified Purchase
I just took this vinyl out of the shrink wrap today to listen. I love this album and have listened to it many times, but it’s not Lucies voice. It’s a male voice singing every song. I’m not sure what happened or why, but it’s definitely not right and I can’t return it now.
Read more
One person found this helpful
Helpful
Report abuse

MysTery
5.0 out of 5 stars Surprised
Reviewed in the United States on December 29, 2018
Verified Purchase
I purchased E.G.O. because I loved Kite. I did not expect to fall completely in love with this record. I am will be purchasing other works by Lucie Silvas.
Read more
One person found this helpful
Helpful
Report abuse

Michael Bradford
5.0 out of 5 stars Lucie Delivers
Reviewed in the United States on September 23, 2020
Verified Purchase
Lucie is a new talent to me. I found her quite by luck on You Tube about a month ago and ordered her E.G.O. disc. I had 3 favourites right away and appreciate the excellent production that went into every song. Enjoy!
Read more
Helpful
Report abuse
See all reviews

Alex Danger
4.0 out of 5 stars Silvas finds more gold with accomplished and eclectic fourth album, and a new retro sound
Reviewed in the United Kingdom on August 24, 2018
Verified Purchase
Lucie Silvas’ accomplished fourth studio album, E.G.O., is quite different from its three predecessors ( Breathe In , The Same Side , Letters To Ghosts ), particularly the first two. On E.G.O. (an acronym of 'Everybody Gets Off') there’s a new “retro” flavour, and - right from the off - a bolder, brassier attitude, both musically and lyrically (also particularly evident on ‘Smoking Your Weed,’ ‘First Rate Heartbreak’ and the title track itself.)

Silvas herself describes the album’s sound perfectly: “I’d say it sounds even more progressed… E.G.O. is influenced by Nashville, but also by what I loved listening to growing up, like Roy Orbison and Fleetwood Mac… I want to take my music to the next level, as far as I can, but most importantly I recorded songs I like. For the first time I made an album without boundaries or limits.” (abitofpopmusic.com)

To paraphrase Silvas’ own lyrics, everything that she says here is true. E.G.O. indeed demonstrates a progression of her sound, and it’s an album of surprises; you’re never quite sure what kind of song is heading your way next. As Silvas alludes to, the songs draw from a number of disparate influences, and the singer is audibly feeling the freedom to make music regardless of its supposed genre. Hence, amidst the sounds of soft-rock, country, soul and hints of the aforementioned Fleetwood Mac, two of the album’s undoubted highlights are winning homages to Motown (‘Everything Looks Beautiful’) and the distinctive, ethereal pop sound of The Beach Boys (‘Girls from California’).

Although her voice now advertises a huskier edge than long-term fans might be accustomed to, Silvas remains a powerful and arresting vocalist who brings passion and poignancy to every performance (which I guess is the primary reason we’re all here either listening to or considering buying this album), and she particularly shines on emotive ballads like other unequivocal album highlights ‘Just for the Record’ and the almost spiritual ‘Change My Mind.’ Other favourites, at least so far, include ‘I Want You All to Myself’ and ‘People Can Change.'

At least in terms of Silvas’ career to-date, E.G.O. follows hot on the heels of her previous release (2015’s Letters to Ghosts), and the singer acknowledges that “it took me a lot less time this time.” In fact, it seems as though real work on the album didn’t properly begin until mid-2017, at which point “I started to panic a little because I was like ‘Oh I should be doing it right now but I don’t really have any songs yet’.” Does this album reflect its swifter genesis? Not really, although I’m not sure if E.G.O. possesses its predecessor’s number of true stand-out tracks, and just once or twice songs fall a little short. The other minor niggle is that I occasionally find the vocal production distracting; I prefer Silvas’ voice to be further forward in the mix, with the effects (whether it be the reverb or double-tracking) toned down. On the whole, however, Jon Green’s production is first-rate, and it’s also worth mentioning the album’s classy arrangements, which play an instrumental part (literally) in adding the colours to Silvas’ broad musical canvas (most memorably on ‘Everything Looks Beautiful,’ ‘Girls from California,’ ‘Just for the Record’ and the thrilling middle-eight of ‘Kite.’)

E.G.O. is another fine album from Lucie Silvas, and to conclude, I return to the singer’s own summation of her new record: “Musically it’s very bold, and lyrically it’s got a lot of character to it.”

Andy H
3.0 out of 5 stars Good, but not her best effort.
Reviewed in the United Kingdom on August 31, 2018
Verified Purchase
Since moving to America, Lucie has adopted (perhaps accordingly) a distinctly different (Americana) sound to her previous pop records - and a world away from her early RnB efforts. Her vocal lends itself naturally to this kind of sound and the music itself is more mature, it's just that she's lost the catchy hooks that permeated her early work. Now, if that's the sound she is going for, you can't knock her for it, but the problem then becomes that, sans distinct hooks, the music all starts to sound the same. And this is where this album finds itself. There are several great tracks, with great hooks - but the main issue with this album is that it has no real distinction from its predecessor 'Letters To Ghosts'. The tracks on this album could easily be outtakes from that record, and vice-versa. If you put together the catchier tracks from both albums then you'd have created a great pop record (with an underlying Americana vibe), and a great collection of mellower b-sides.

During the wilderness period between her pop records and these records, Lucie had written several amazing tracks such as 'Coming Out Wrong', 'Remember Me', 'Those Hands', 'Hurricane', and 'Return To Earth' which would have easily fit into her prior work, or could have easily been adapted into this new sound. It makes me wonder if there is some room for compromise in her future efforts. Keep the Americana, just infuse it with a bit of pop.
Read more
One person found this helpful
Report abuse

Dud
5.0 out of 5 stars A special album
Reviewed in the United Kingdom on March 3, 2019
Verified Purchase
Lucie is an exceptional performer. She's great live and sometimes that's hard to capture in the studio but this is well recorded and mixed, without overproduction (one of my pet hates). I've been listening to this artist for years. You should give her a try, you won't be disappointed. There is a quite a mix on the this album which has a slight country feel to it (she is living in Nashville) but some tracks are just standalone ballads. One of my regular Saturday afternoon listens.
Read more
One person found this helpful
Report abuse

Les C
5.0 out of 5 stars Great songs
Reviewed in the United Kingdom on June 18, 2019
Verified Purchase
I've been a big fan since first seeing Lucy on BBC when she first started. She is so talented and her songs all have meaning. I have all her albums and E.G.O. is as great as the others.
Read more
2 people found this helpful
Report abuse