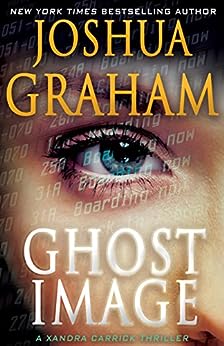 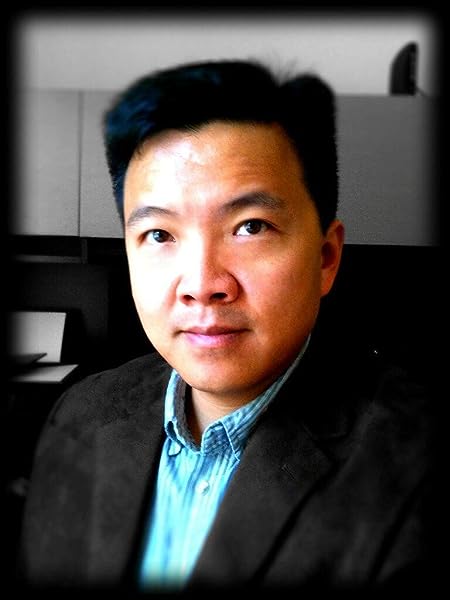 
Xandra Carrick is picking up the pieces of her life after her uncanny clairvoyant abilities help to uncover a murderous conspiracy coverup of war atrocities perpetrated by powerful forces in the United States government (DARKROOM). In trying to move on and forget the powers that cost her so much, though they saved others, she is ready to make a fresh start.

Until the daughter of a congressman is abducted.

With her gift of second sight, she finds a threat that begins to unravel an international human trafficking ring that targets children of high profile dignitaries. Only Xandra holds the clues to help stop them. But will anyone believe her?

Sign up for exclusive updates, interviews, and to be entered for giveaways by subscribing to Josh's newsletter: www.joshua-graham.com/GIA

CBS NEWS described DARKROOM as a book with "action, political intrigue and well-rounded characters...a novel that thriller fans will devour."

PUBLISHERS WEEKLY described BEYOND JUSTICE as: "A riveting legal thriller...breaking new ground with a vengeance...demonically entertaining and surprisingly inspiring."

Suspense Magazine listed BEYOND JUSTICE in its BEST OF 2010, alongside titles by Scott Turrow, Ted Dekker, Steven James and Brad Thor.

Many of Graham's readers blame him for sleepless nights, arriving to work late, neglected dishes and family members, and not allowing them to put the book down.

Josh grew up in Brooklyn, NY where he lived for the better part of 30 years. He holds a Bachelor and Master's Degree and went on to earn his doctorate from Johns Hopkins University. During his time in Maryland, he taught as a professor at Shepherd College (WV), Western Maryland College, and Columbia Union College (MD).

Connect with Josh on:

4.0 out of 5 stars
4 out of 5
40 global ratings
How customer reviews and ratings work

Antigone Walsh
TOP 500 REVIEWER
3.0 out of 5 stars Fast & Fun
Reviewed in the United States on December 12, 2020
Verified Purchase
A clairvoyant photographer is clued into a human trafficking ring that preys upon the children of the rich, powerful and famous. Xandra knows the young daughter of a presidential candidate is in danger. But can she avert this tragedy?

I enjoyed this book. Fast paced it is well written if not especially believable. Fun romp with a worthy heroine and a villain skilled and devious.
Read more
Helpful
Report abuse

Colorado Avid Reader
4.0 out of 5 stars Intriguing, but not enough that I’ll purchase more of the series
Reviewed in the United States on August 3, 2019
Verified Purchase
This is a short, faced-paced read. The premise is well-used but interesting—a clairvoyant who helps solve crime—and it’s well written. It’s really a teaser for more of the Xandra Carrick series in that it ends about halfway through the book and there is a bonus read included.
Read more
2 people found this helpful
Helpful
Report abuse

G. Powell
5.0 out of 5 stars Intriguing and riveting
Reviewed in the United States on June 14, 2016
Verified Purchase
I believe all information is out there just buzzing around on various wavelengths. Some people are more sensitive or receptive to those wavelengths. So the story line of this book makes sense to me. Great read
Read more
4 people found this helpful
Helpful
Report abuse

Kindle Customer
4.0 out of 5 stars Good story line
Reviewed in the United States on January 10, 2017
Verified Purchase
I received this as a free book. First time for this author. Having a gift for seeing things can make life difficult but sometimes the reward of saving someone can make up for it.
Read more
Helpful
Report abuse

Conisu
5.0 out of 5 stars Great start
Reviewed in the United States on November 8, 2017
Verified Purchase
Great start. Well written and worth reading. It grabs you and keeps you reading. I can't wait to read the rest I would recommend this book
Read more
Helpful
Report abuse

Yvonne
5.0 out of 5 stars Best treadmill reading!
Reviewed in the United States on July 21, 2016
Verified Purchase
I so enjoyed this book. As soon as I finished it I ordered Latent Image and I am now reading that! It is hard to put down a Joshua Graham book!
Read more
One person found this helpful
Helpful
Report abuse

Bibi
4.0 out of 5 stars Great read
Reviewed in the United States on April 22, 2017
Verified Purchase
AYou can always be sure to get just the best from Joshua Graham.
Read more
Helpful
Report abuse
See all reviews

DT
5.0 out of 5 stars Very good short story
Reviewed in the United Kingdom on July 19, 2021
Verified Purchase
Enjoyed reading kept us guessing what the outcome would be definely worth a read would recommend as light reading. Well done
Read more
Report abuse

Ronald N D
2.0 out of 5 stars An annoyingly short story, not as hyped by it's description.
Reviewed in Canada on November 3, 2016
Verified Purchase
An irksome read. This story ends at the 47% mark of this "book", with the balance being info about the author, and a long excerpt from another of his books. So the story itself is actually only about 114 pages long. A very short read. I really, really dislike this kind of misinformation. As far as the story itself goes, it was only just marginally fair. Xandra, our heroine, continuously "sees" images which she follows during bouts of blackouts, or weak and shaky periods, which gives her a clairvoyant's view of events to follow in order to achieve fruition of the circumstance in play. The events portrayed here could never really happen. But this brief story is, after all, pure fiction. A Presidential candidate's young daughter is kidnapped to be sold in the middle east via a human trafficing network specializing in children. But, thanks to Xandra's "gift", instead she's rescued in a most improbable way. Even the sole kidnapper probably dies in the end. You'll have to read the story to understand it all. Thankfully it's a freebee. However, this is not a "book" I personally could recommend. Sorry.
Read more
Report abuse

Kim P. NZ
3.0 out of 5 stars Could have been better
Reviewed in Australia on January 16, 2017
Verified Purchase
The blurb for this book indicated that Koontz fans would enjoy this story and the storyline looked interesting. Unfortunately the writing style distracted me from enjoying the story and made this book hard to digest. This was disappointing.
Read more
Report abuse
See all reviews