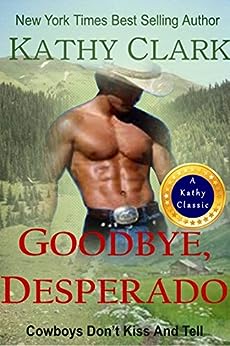 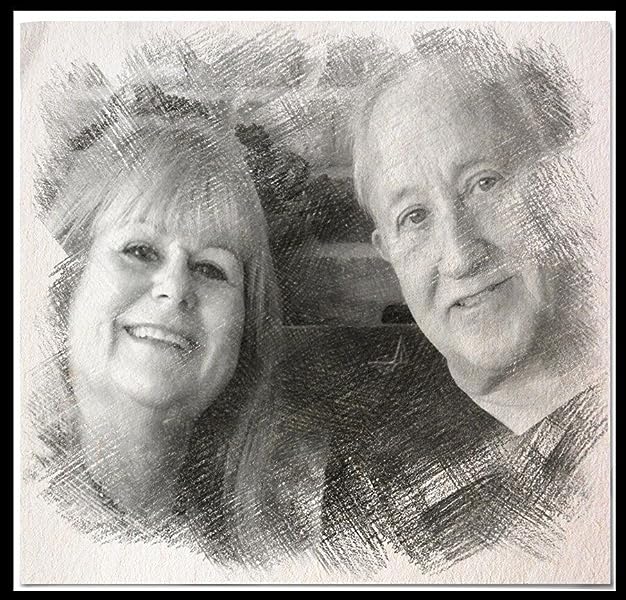 by Kathy Clark (Author) Format: Kindle Edition
See all formats and editions
Sorry, there was a problem loading this page. Try again.
Though known to millions as a "cowboy's cowboy," city slicker and famous western writer Matt Montana had never actually even ridden a horse. When hit with writer's block, he decided to find his muse by secretly getting his first real western experience at the Rocky K Ranch in Colorado. But when he met Jamie Kimball, the rancher's daughter, she turned out to be a real burr in this macho man's saddle.

Back in the days when men were men, women weren't like Matt's sassy, sexy trail guide. First, Jamie assigned him a homicidal horse. Then she snickered at his run-ins with small, crazed wildlife.

But worst of all, her long-legged charms tempted this lone desperado to open his heart and learn how to love. And Montana began to believe this was how the West was really won.

"ROMANTIC TIMES" - (4-) - "Kathy Clark has created complex characters and a blossoming love story that will touch your heart."

"COLORADO ROMANCE WRITERS PAL" - "The chemistry between Matt and Jamie is one of Clark's strongest yet. GOODBYE, DESPERADO is poignant and funny, allowing Clark to display her rare sense of humor. The book was a delightful change of pace, one you're sure to enjoy."

"HEART TO HEART" - Awarded "Highlight of the Month" - "If you want to find out how the West was really won, read Kathy Clark's GOODBYE, DESPERADO."

The Award of Excellence from Colorado Romance Writers.

Matt shot her a look.  "You know what you need?"

For a moment she seemed taken aback.  "I have a feeling you're not talking about money in the bank or good health."

"What you need more than anything right now is some great sex."

Her eyes widened, but she retained her composure.  "And I suppose you know someone who could provide that."

"I've put smiles on a few women's faces in my time."

"You're incredible . . . and I don't mean that as a compliment.  I've heard there were men in this world like you," she said, swinging up onto her horse.  "But until yesterday I'd been lucky enough not to meet any."

Matt's horse snorted and glared at him with unfriendly eyes.

That did it.  He had to put up with a frustrated woman whose sharp tongue and knockout body drove him crazy, and now he was stuck with the horse from hell. --This text refers to an out of print or unavailable edition of this title.

HE MET HIS MATCH AT HIGH NOON

Though known to millions as a "cowboy's cowboy", best selling author Matt Montana has been struck with writer's block.  Matt decided he needed a dose of the Old West, so the secret city slicker got his first real western experience at the Rocky K Ranch.  Instead of finding his muse, he met Jamie Kimball who quickly became a burr in this macho man's saddle.

Back in the days when men were men, women weren't like Matt's sassy, sexy trail guide.  First, Jamie assigned him a homicidal horse.  Then she snickered at his run-ins with small, crazed wildlife.

But worst of all, her long-legged charms tempted this lone desperado to discover how the West was really won. --This text refers to an out of print or unavailable edition of this title.

Kathy Clark was born and raised in rural Texas where she spent more time with her horses, dogs, cats, chickens and goats than people.  Today, she is still an animal lover but her roots have been transplanted to beautiful Colorado where she lives with her amazing husband, Bob.  The mother of five boys and grandmother to two grandsons, Kathy loves to travel, especially to a place where she can gather shells and walk barefoot on the beach.  She is an avid trivia aficionado and movie buff.  Besides her 23 published novels, she has written more than a dozen screenplays.  Someday she hopes to see her characters come alive on the big screen.  She is currently working on a series of suspense novels set in Denver. --This text refers to an out of print or unavailable edition of this title.
Read more

Kathy Clark has always been a storyteller. She completed her first novel when she was four years old and self-published it the same year, decades before Amazon birthed the Kindle. The Little Black Horse That Ran Away was self-illustrated and completely sold out of its first printing. Thanks Mom!

Years later, Kathy's first adult book was published by Dell. Since then, she had a total of twenty-three novels published by Dell, Crown, and Harlequin. With her husband Bob Wernly as a co-writer, they published (both traditionally and epub) an additional fourteen novels.

The freedom to be creative and experiment with ideas and genres has made self-publishing an amazing process. The author team are currently developing a new contemporary romance series (with a suspense backdrop) titled Breathless. High altitude, high stakes, and high romance, the series will begin in 2017 with the first book, Fools Gold. The series is set in Cripple Creek, Colorado, a colorful historic town as famous for the huge amount of gold found there as it is for its Old West-style casinos.

With two people developing ideas, plotting, researching, writing and editing, Kathy and Bob are both busy and productive. To be perfectly honest, Kathy and Bob would rather be riding horses, sitting on a sandy beach, watching movies or plays, and playing a round of golf every few days. But the voices in their heads insist on coming out, so they keep writing.

For a complete list of books, screenplays, awards and more, check out Wikipedia at http://en.wikipedia.org/wiki/Kathy_Clark_(American_author)

Their website is at www.LoveRealityRomance.com and you can sign-up for their newsletter, the source for news, contests, giveaways and more at http://eepurl.com/Z5ypX

4.0 out of 5 stars
4 out of 5
7 global ratings
How customer reviews and ratings work

Amazon Customer
5.0 out of 5 stars Cute couple
Reviewed in the United States on October 15, 2013
Verified Purchase
I like romance with a little humor, epecially when the male is the fish flopping around in unknown territory. Guy is out of his element but makes an effort at very least and wins the heart of the one he loves.
Read more
Helpful
Report abuse

shirlgirl
5.0 out of 5 stars Wonderful story
Reviewed in the United States on January 7, 2015
Verified Purchase
I loved her style of writing and found myself laughing out loud many times! If you like cowboy stories with just the right amount of sexual tension, this book is for you.
Read more
Helpful
Report abuse

Kindle Customer
5.0 out of 5 stars Boot Scootin Good
Reviewed in the United States on August 6, 2013
Verified Purchase
Loved this funny, contemporary western story. Matt was hilarious but he was honest and funny. Really enjoyed this story, you will too
Read more
One person found this helpful
Helpful
Report abuse
See all reviews

Heather B
1.0 out of 5 stars A Lust Story with an Unattractive Hero
Reviewed in the United Kingdom on July 29, 2018
Verified Purchase
I gave this book a try but gave up with it not too far in. There were two reasons for that. The first was that I really didn’t take to Matt, the “hero”. He just didn’t come across as a very nice guy and I didn’t like his attitude towards women and relationships, both in his own life and in the fiction he wrote. I also saw similar attitudes in Jamie’s (the heroine) father. My second reason for disliking the book was that it soon became obvious that it was going to be a lust story and not a love story, which really doesn’t interest me at all.
Read more
Report abuse

Jo
5.0 out of 5 stars Good Romance Story
Reviewed in the United Kingdom on November 14, 2013
Verified Purchase
I have given the story 5 stars for the overall content. I liked the storyline and the leading characters and the interfering father. Throw in a Stetson and boots......
Read more
Report abuse

H. Morris
5.0 out of 5 stars :)
Reviewed in the United Kingdom on October 24, 2013
Verified Purchase
yes yes yes yes loved this book :D makes me happy too see the cover as it brings back the story to me. recommend it too everyone
Read more
Report abuse
See all reviews
Report an issue
Does this item contain inappropriate content?
Report
Do you believe that this item violates a copyright?
Report
Does this item contain quality or formatting issues?
Report