The GOP Will Not Govern and millions of other books are available for Amazon Kindle. Learn more 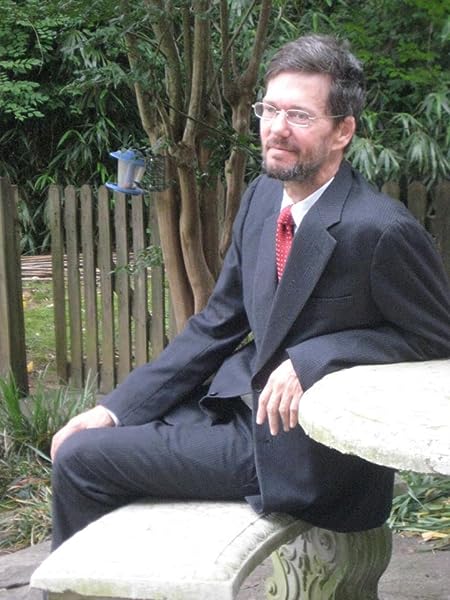 by William B. Turner (Author)
4.4 out of 5 stars 3 ratings
See all formats and editions
Sorry, there was a problem loading this page. Try again.
Read more Read less
Previous page
Next page

Tags that will help you discover similar books. 7 tags
elections & political processhistory & theorypolitics & governmentpolitics & social sciencespublic affairs & policypolitical sciencepublic affairs & administration
Results for:
Page 1 of 1Start overPage 1 of 1
Previous page
Next page
Where do clickable book tags come from?
Book tags are created from a variety of sources, some of which are customer-generated. Amazon is not legally responsible for the accuracy of the tags represented. If you are an author or publisher and would like to remove a tag associated with your title, please contact your vendor manager or publisher support team.

William B. Turner holds a Ph.D. in U.S. history with an emphasis in the history of public policy, and a J.D. He has multiple publications in both fields. http://williambturner.info/ https://www.facebook.com/wbturner https://twitter.com/wbtphdjd https://plus.google.com/+WilliamTurneresq/posts
Start reading The GOP Will Not Govern on your Kindle in under a minute.

The GOP will not Govern by William B. Turner

Mr. Turner, an Author, Historian and Lawyer by education and training takes the reader through the history of the Grand Old Party,GOP from it’s origins as an Anti-Slavery movement of the 1850’s to today. This easily read book is a must have for those intent on being well informed as to the dynamics present in the current election cycle. Whichever side of the political spectrum/aisle one adheres to, this book clearly and concisely articulates means and motives of the GOP with emphasis on the past 50 years.

The Author uses the lens of Empiricism or as I term, “Five eyes seeing” as the optics in which this narrative unfolds from the past to the present. The book begins with specific historical context of the “Founding Fathers” and the divergence of “conservatives” of today from the “liberal” motifs that led those of the past to create a uniquely American solution of governance.

The toxicity of today’s GOP political environment is traced to the foundation of Nixon’s “Odd Couple Marriage” of “poor whites and country club types”. Their marriage consisting of “near term political success” with “dog whistle racism” and “border south strategy” as their vows.

The Presidencies of Gerald Ford are not mentioned and that of George H. W. Bush given minimal presence. There are chapters devoted to those of: Ronald Regan, George W. Bush and Barack Obama. I leave it to the Reader to discern their import and context in today’s hyper-charged political environment. I encourage Readers to use marginalia as a tool to underline, mark and annotate. This was a key tool I used to connect-the-dots or stitch the threads between terms and ideas as a Book Reviewer.

A time warp to the present has the 18 GOP presidental contenders winnowed down to Donald Trump. Roger Ailes, founder of Fox news and Nixon advisor on television and media strategy under a veil of sexual harassment charges, ousted by Rupert Murdoch and now an Advisor to the Republican Nominee.

As a Historian, Mr. Turner knows the value of key terms of historical import to tie the past to the present. I found myself going back to terms learned through my own historical education and reader of The Wall Street Journal, The New York Times, The New Yorker and the Washington Post. I share these with the intent to add value to the discussion.

The “enemy at hand at all times” can be linked to Herman Goering’s musings at the Nuremberg trials.

"Of course the people don't want war. But after all, it's the leaders of the country who determine the policy, and it's always a simple matter to drag the people along whether it's a democracy, a fascist dictatorship, or a parliament, or a communist dictatorship. Voice or no voice, the people can always be brought to the bidding of the leaders. That is easy. All you have to do is tell them they are being attacked, and denounce the pacifists for lack of patriotism, and exposing the country to greater danger."
-- Herman Göring at the Nuremberg
[...]
The “conservative media bubble”, constant repetition of echo chamber feedback and “The Big Lie”.

“If you tell a lie big enough and keep repeating it, people will eventually come to believe it. The lie can be maintained only for such time as the State can shield the people from the political, economic and/or military consequences of the lie. It thus becomes vitally important for the State to use all of its powers to repress dissent, for the truth is the mortal enemy of the lie, and thus by extension, the truth is the greatest enemy of the State.”

-Joseph Goebbels
[...]
The Abu Ghraib horrors and the treatment of prisoners defined by the “Torture Memos authored by John Yoo and Guantanamo “Special Interrogation Plans” authored by Donald Rumsfeld.

A Guide to the Memos on Torture
[...]
Memos from the Justice Department's Office of Legal CounselNote: Legal opinions from the Office of Legal Counsel carry the weight of law within the executive branch.
[...]
11. Memo from Donald Rumsfeld DATE: April 16, 2003SUBJECT: "Counter-Resistance Techniques in the War on Terrorism"AUTHOR: Donald Rumsfeld, Secretary of Defense
Rumsfeld issues a memorandum to the commander of US Southern Command authorizing 24 of the 35 techniques for use at Guantanamo.
Read more
One person found this helpful
Helpful
Report abuse

G. B. Brown
4.0 out of 5 stars A great book for people who care about politics and policies
Reviewed in the United States on May 22, 2016
Verified Purchase
The GOP Will Not Govern is a devastatingly succinct indictment of the contemporary Republican party's decades of deliberate governmental malfeasance, misfeasance and failure.

For fans of the liberal blogosphere, most of the book's arguments and examples are familiar. Author William B. Turner's gift is for synthesizing a disparate variety of arguments into a single, coherent, damning whole. By the end of the book, he simply runs out of synonyms for the GOP's awfulness and forced to repeatedly identify various acts or persons as the apotheosis of the GOP's refusal to govern. Unlike many contemporary writers who fall prey to the "both sides do it" syndrome, Turner keeps his unrelenting gaze fixed on the GOP and it's myriad failures.

The GOP Will Not Govern draws a clean line from 1950s reactionaries to the failures in Flint, MI; from the failed campaign of Barry Goldwater to the race-bating dog-whistling contemporary Republican party. The writing is clear, accessible, informed and easy to read.

Alexa Sommers
4.0 out of 5 stars Well written and solid exploration
Reviewed in the United States on November 5, 2020
While the bias is present it is based well on factual history and exploration.
Read more
One person found this helpful
Helpful
Report abuse
See all reviews
Back to top
Get to Know Us
Make Money with Us
Amazon Payment Products
Let Us Help You
EnglishChoose a language for shopping. United StatesChoose a country/region for shopping.
© 1996-2021, Amazon.com, Inc. or its affiliates