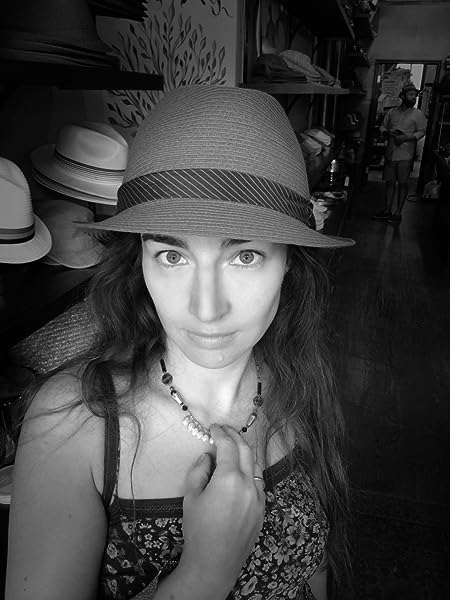 About Gaia B. Amman

Born and raised in Italy, Gaia B. Amman is the author of Linked, a sizzling sci-fi political thriller about empathy and diversity, and The Italian Saga (volume seven to be released in 2019). She was the 1996 and 1997 winner of a Short Story Award in Arese (MI), Italy.

An avid traveler for work and pleasure, Amman has backpacked across the world. When nobody is watching, she binge-reads novels and manga, watches anime, or rocks it out with her Buffalo-based cover band.

Amman’s novels delve into the depths of human nature, combining the realistic approach of a scientist with the humor and empathy of a survivor.

She is a vegetarian and a fervent supporter of diversity and human rights. 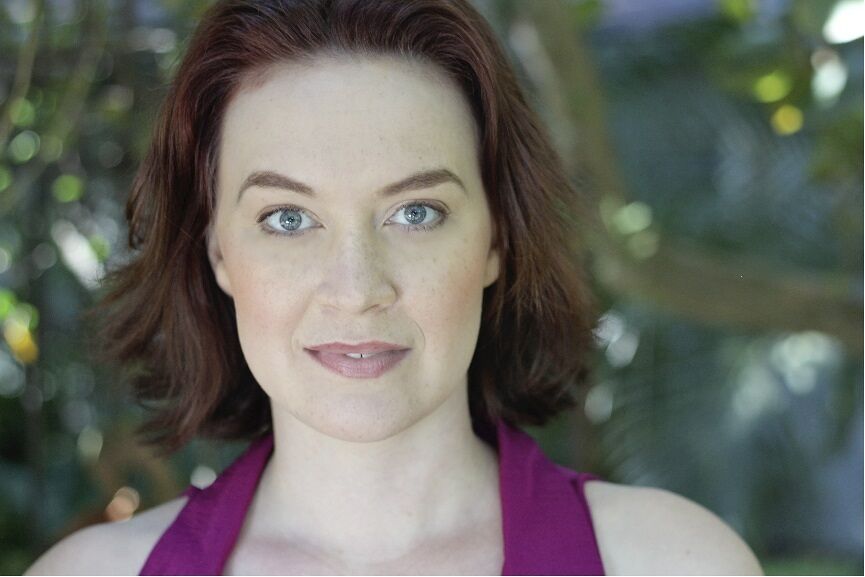 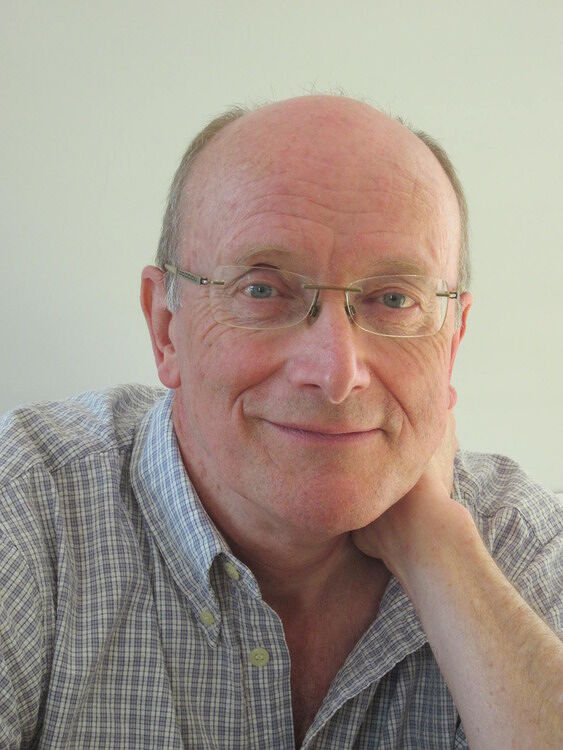 Titles By Gaia B. Amman 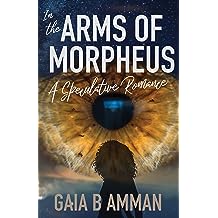 His hazel eyes haunt her dreams.

He feels so real, but she’s never met him.
How is this possible?

Tasha is a chemist and knows better than to believe her heart’s delusions, more so when her professional life becomes hell thanks to the tantrums of a bigot boss. Yet, she cannot ignore the unfathomable connection with the oneiric stranger…who might now be in danger.

Her anger and desire are reaching a critical point.

Who can help her?
Can all wrongs be righted?

Josh is Seneca and a dreamwalker who can navigate and bend dreams at will. When Tasha, befuddled, reaches out, he won’t believe the willful woman with the pink-tipped afro, but then something incredible happens…

Now Josh has his own agenda. So does the bigot boss.

The sizzling chemistry between Tasha and Josh complicates things further.
Can she trust him with the secret that’s been weighing on her for years?

You will love this emotional, sizzling romance because it’s an empowering escape rooted in history and mythology. 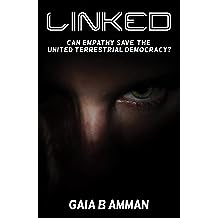 Naira will make sure of it, but how?

Orphaned and hungry on a post-apocalyptic Earth, the wanna-be curer stands no chance against the all-powerful Cursoi protecting him.

Until she discovers Cursoi powers within herself…

…and falls for one of them.

Could you love your infuriating sworn enemy? Is there a chance for understanding?

The fate of the planet depends on it.

You will love this riveting sci-fi full of diversity because it digs into the complexity of all human souls. The author is a renown molecular biologist, which makes the speculative science in it gripping and compelling. 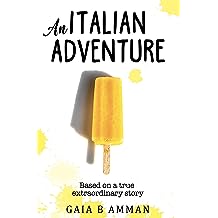 She cannot unsee it, and of course the deed happened right before First Communion. How will devout tomboy Leda confess to a Catholic priest about that?

Nico just moved north from Sicily. Aggressive, unsettling and unsettled, he scares everyone away.

So begins the most moving and unlikely friendship in this humorous, addictive, coming-of-age novel delving into the depths of self-discovery and Italian culture.

At a time when everyone is stuck at home, you’ll love traveling to Italy from the very first page with this sassy and empowering read full of heart and humor.

Based on a true story! 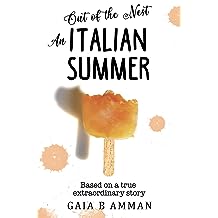 As her body and her priorities change, she comes to term with the fact that she has a crush on the bully who’s made her life impossible for years.

What’s wrong with her?!

As she embarks on a journey of self-discovery amidst periods and gelato, you will be transported to a prototypical Italian summer: friendship, drama, crushes, first loves and first kisses.

Nothing is what it seems in this humorous and heartfelt adventure that will have you addicted from the first page, laughing and crying, as fierce Leda learns and grows through mistakes and mishaps.

Set against the gorgeous backdrop of Northern Italy and soaked with Italian culture, this empowering story is based on the life of author and scientists GB Amman.

Join the phenomenon of the Italian Saga and see what other readers are raving about!

You will love this uplifting novel for the emotional depth of its characters, the genuine voice of the author, and the relatability of the story, no matter where you grew up. 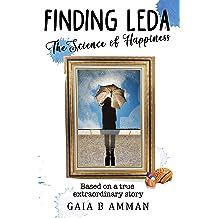 College, parents, religion, romance: what truly matters? Engineer-in-the-making Leda Balni wants to find what it takes to master the art of happiness, no matter how many mistakes it will take.

Can she trust her feelings? Or are they clouding her judgment?

Leda searches for her own truths in an unparalleled mix of science and emotions set in the heart of Milan, Italy during the memorable end of the 1990s.

Happiness unscrambled with all the humor and honesty of a true story.

You will love this emotional roller coaster for the touching depth of its characters, the pervasive Italian culture, and the empowering life advice.

Go to Italy; read it now.

“I love that this series addresses taboo but real topics: heartache, finding your purpose, deciding your major, evolving friendships, loss, on and on. I keep coming back for more.”  E. Sanchez

“There are so many ways I could relate to Leda, through her uncertainties, her willingness to find happiness, her drive to succeed in college, her unsure love life. It was such a beautiful story to read!”  K. Interdonato 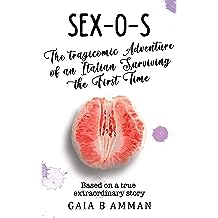 Trust and lust, or hold off till marriage?

90s Italy. Fierce tomboy Leda is head over heels for Nico, the bad boy she grew up with. She was his friend when nobody dared, and he understood her darkness, when she though she was alone.

Now they’re fifteen, and their hormones are raging…is this a good or a bad thing?

While Nico is an experienced player, Leda is lightyears away from being ready for sex. They are well aware of their differences, and they’ve tried to keep apart—failing.

Can Nico be chaste and wait for Leda? Can Leda trust him and take this huge step?

See what the fans of the Italian Saga are raving about and dive into this addictive, empowering read full of emotion. The characters are so deep and relatable they will soon become like friends.

You will love this incredible true story of womanhood, because it’s brutally honest yet never vulgar, facing a much-needed conversation about teen sex and insecurities with a huge heart and even more humor. 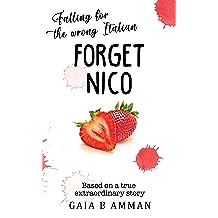 90s Italy. Leda and Nico grew up together.

He was the Sicilian bully she refused to be intimidated by. She was the one friend he could not scare away.Their friendship changed both of them in unexpected ways.

However, now that they’re teenagers they’re growing apart…just as Leda realizes her feelings for Nico go deeper than she thought. It’s the worst possible timing. Nico cares for Leda, in his own rude way—he always has—but he’s all into girls, making out, and acting up…until he crosses the line and gets caught.

Nico is in serious trouble and Leda has to decide if she should give up on him or give him one last chance at redemption. Could the bad boy have his own reasons? What actually happened?

Teen angst, Italian gangs, and feelings so strong that they will claw your heart out. Pick it up now to see why readers are raving about the Italian Saga.You will love this addictive, empowering teen romance because of the incredible relatability and emotional depth of its characters.

Based on an incredible true story! 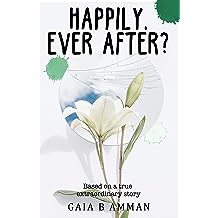 Happily, sure, but ever after?

What happens after they finally take the leap and kiss?

Sergio and Leda have been dancing around their sizzling attraction since they were teenagers. Now, she is a scientist in the making with a band and a volleyball team, and he is…a brooding pothead with a penchant for poetry and debauchery…

Will love conquer all? What happens when real life gets in the picture?

You’ll love this addictive and emotional story for the depth of its characters and because it’s based on a true story.