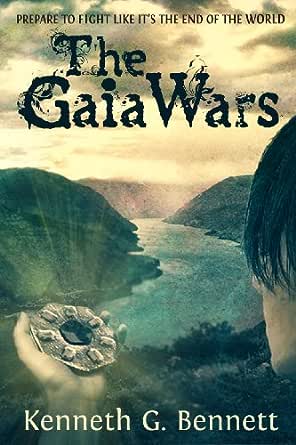 You've subscribed to The Gaia Wars! We will preorder your items within 24 hours of when they become available. When new books are released, we'll charge your default payment method for the lowest price available during the pre-order period.
Update your device or payment method, cancel individual pre-orders or your subscription at
Your Memberships & Subscriptions
There was an error. We were unable to process your subscription due to an error. Please refresh and try again. 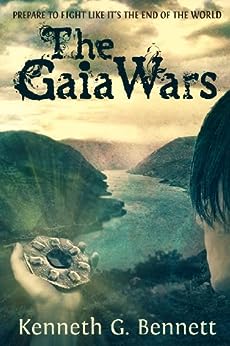 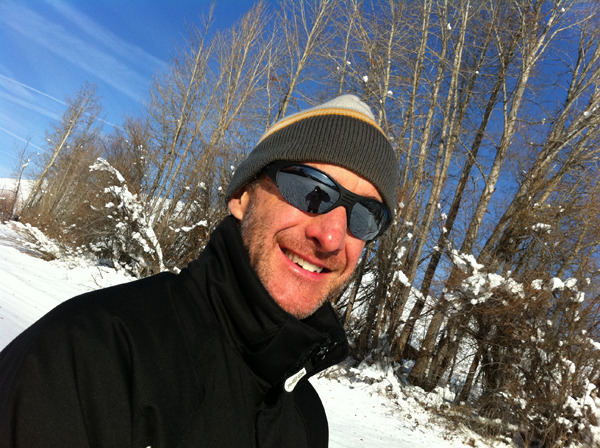 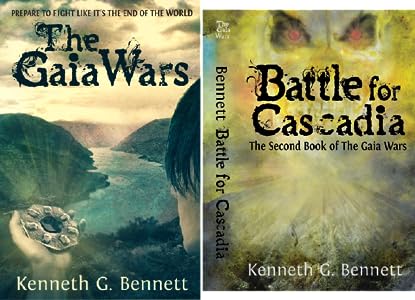 Kenneth G. Bennett is the author of the Young Adult novels The Gaia Wars and Battle for Cascadia (the second book of The Gaia Wars), as well as the forthcoming Exodus 2018, a paranormal thriller set in the Puget Sound region of Washington State. A wilderness enthusiast who loves backpacking, skiing and kayaking, Ken enjoys novels that explore the relationship between humans and the wild. He lives on an island in the Pacific Northwest.

Cellophane Queen
3.0 out of 5 stars Good Fantasy, But I Hate Cliffhanger Endings
Reviewed in the United States on December 19, 2011
Verified Purchase
Original premise and well-written. The MC is 13-years-old, so this is a young YA, but it's got plenty enough gory action to entertain.

Warren is an orphan whose parents were lost in forest fire. He lives with his uncle and does the usual kid things. The neighbors, however, bug the hell out of him as they race around the small lake both properties front on loud jetskis. The father is a blustery bully who's intent on stripping away the beauty of the Northern Cascades to put up a subdivision of fancy houses.

Warren devises a scheme to stop the noisy jetskis, but it wasn't well thought out. What he thought would be a harmless, although scary prank endangers the son of loudmouth neighbor and messes up the dock. The result is Warren ending up in juvie court. He's sentenced to 100 hours of community service. He blurts out that he'd like to help out at the retirement home. He doesn't even know why he did since he'd far rather be in the great outdoors, like his father and mother had been.

Things start getting scary when he's chased by the bully boy and trips over a skeleton. The bully is close behind, so Warren has time only to pick up a medallion that obviously belonged to the dead person.

Anything else I'd say would be spoilers, so I don't want to tiptoe around that. My one complaint is that the book ends abruptly with a "you've got to read the sequel for the rest of the story." I really hate that. I've complained on more than one occasion that even a series must have a satisfying ending to each book. I do not like teasing by leaving huge questions unanswered to try to force the reader to buy the next book. When that happens, I don't buy the next book. Simple as that. You've lost a reader.

That's why this book gets only 3 stars. It left me on the edge of a cliff where I don't want to be, so I'll just take my toys and go home. I'll just read some spoiler reviews to see what happens.
Read more
4 people found this helpful
Helpful
Comment Report abuse

dappermuis
3.0 out of 5 stars A good read for a teenager, but lacking depth
Reviewed in the United States on July 15, 2012
Verified Purchase
You get two types of teenager/young adult books: those that, despite targeting a younger audience, are a fulfilling and satisfying read for the older audience; and those that are explosive for the younger audience but leave the older audience wanting more. Examples of books that fall into the first category are the Harry Potter books and the Hunger Games trilogy. These books, despite being written for a younger audience, resonate with older audiences who can identify with the characters and themes of the story. This book, unfortunately, falls into the second category...

Let me start by saying this. If you buy this book for your 12-15 year old nephew or read it to your younger kids as a bedtime story, they will have a great time. It really is a page turner, filled with adventure and suspense. However, I bought it for myself as a 20-something and was left feeling disappointed. I guess my biggest grudge with the book is that there is almost no character development - I didn't find myself falling in love or feeling much empathy for any of the characters, something which I usually do with other books where there are several characters that I "connect" with. I basically just read the book to see what happens next, which ended up being largely predictable.

The second grudge that I have is that the book is so short and doesn't even finish telling the story! You get to the last page and bang, it just ends in the middle of a scene with no closure. This is (not so) sneakily followed by promotion for the second book in the series, which happens to continue right where the last one left off! It's basically like starting a new chapter... Given how short this book actually is (you could easily read it in a day), I can't help but feel that this was an attempt by the author/publisher to milk these books for all they're worth. Fortunately the Kindle version of this book was relatively cheap at $4, but that's besides the point...

Anyway, I did go onto to purchase the second book because I read half of the story in the first book and wanted to see how it ends. After about 15 minutes of reading I'm 7% into the book...go figure...
Read more
6 people found this helpful
Helpful
Comment Report abuse

Kindle Customer
5.0 out of 5 stars Incredibly inventive
Reviewed in the United States on January 13, 2012
Verified Purchase
The Gaia Wars is an fast-paced, inventive beginning to a new series. It opens with a bit of tension as 13 year old Warren Wilkes lies in the grass next to his beloved lake, hoping to watch the results of his "monkey wrenching," i.e., "the use of sabotage to protest environmentally damaging activity." The recipients of Warren's monkey wrenching are an unscrupulous land developer and his son, who go out each morning on Warren's pristine lake with their "loud, exhaust-belching WaveRunners ... roaring around the ninety acre lake, scaring the ducks, eagles and hawks, sending the deer bounding up the hillsides, and generally shattering the early-morning tranquility ..."

When Warren's protest goes wrong, his adventure begins. While running to escape the land developer he discovers an artifact next to a centuries old skeleton that had been recently uncovered by heavy rains. The artifact turns out to have been left by aliens--yes, aliens--who had visited the Cascades hundreds of years before. Warren also discovers that a renegade of that alien visit is on his way back, bent on capturing and breaking the living spirit of the Earth, Gaia, who has been trapped in physical form since the first alien visit five centuries before.

This book will keep everyone, young and old alike, turning the page to see what happens next as Warren finds out who his friends and enemies are, and discovers what he must do to save the planet from annihilation. It seamlessly weaves environmental concerns, aliens, the Earth goddess and one brave young boy into a well-plotted, action-packed, thought-provoking story. I highly recommend it.
Read more
One person found this helpful
Helpful
Comment Report abuse
See all reviews

benny
5.0 out of 5 stars An adventure of identity
Reviewed in the United Kingdom on May 4, 2012
Verified Purchase
Loved it. Simple as. The writing is fluent and well decribed. your there with them taking you on a journey you will never forget. Everyone dreams of adventures when your 13 but for Warren Wilkes his adventure becomes a race to save everyone and everything he loves and learn who he truely is.
Read more
Report abuse
See all reviews