You've subscribed to A Pandoran Novel! We will preorder your items within 24 hours of when they become available. When new books are released, we'll charge your default payment method for the lowest price available during the pre-order period.
Update your device or payment method, cancel individual pre-orders or your subscription at
Your Memberships & Subscriptions
There was an error. We were unable to process your subscription due to an error. Please refresh and try again. 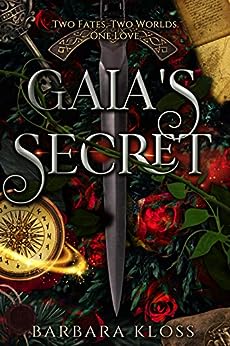 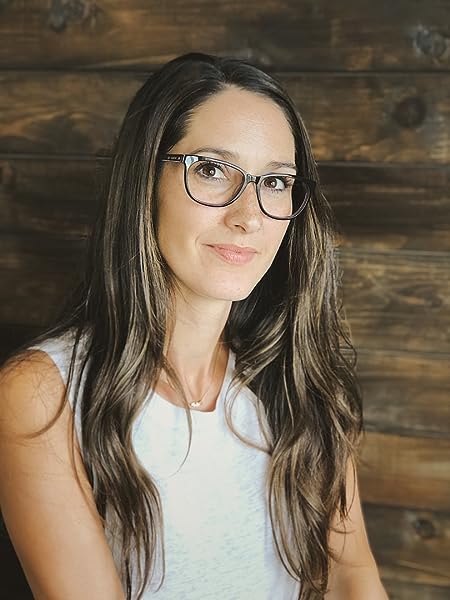 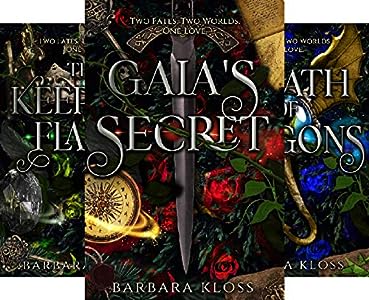 Daria's "To Do" List:
Friday
- Finish high school
- Dessert with sworn enemy's parents
Saturday
- Travel to magical planet
(didn't know this existed)
- Save Dad
- Make list of "Things That Want Me Dead" (and avoid them)
*IMPORTANT: Try not to fall in love with said enemy*

Barbara Kloss loves adventures, and finds them through reading, writing, trekking through the wilderness, and gaming--though she doesn't consider herself a gamer. She just happens to like video games. RPGs, specifically. She's also a bit of a fitness enthusiast, a classically-trained pianist, and she believes that maintaining balance in life is a good thing (coffee excluded).

Barbara also worked for years as a clinical laboratory scientist. She was lured there by mental images of colorful bubbling liquids in glass beakers. She was deceived.

She currently lives in Northern California with the man of her dreams and their two boys, whom she fully intends to turn into little adventurers. Author of Gaia's Secret, The Keeper's Flame, Breath of Dragons, and Heir of Pendel. Stay tuned for more at: scribblesnjots.blogspot.com
Read more

4.4 out of 5 stars
4.4 out of 5
196 global ratings
How are ratings calculated?
To calculate the overall star rating and percentage breakdown by star, we don’t use a simple average. Instead, our system considers things like how recent a review is and if the reviewer bought the item on Amazon. It also analyzes reviews to verify trustworthiness.
Top reviews

When I bought this book, I wasn't expecting anything too special - just your standard, 3-ish star, young-adult fantasy fodder.

Instead, I found this hidden gem that I just loved to pieces. In fact, I don't even want to write this review right now, because all I want to do is go and read the next book in the series. But, alas, that wouldn't do justice to this book, which I so thoroughly enjoyed, so here I go.

In Gaia's Secret, you follow the adventures of Daria Jones, who is thrown from her boring life in Fresno into the magical world of Gaia. Throughout the book, Daria strives to re-unite with her father (who just up and disappeared from Fresno one day), while simultaneously trying to find her place and role in this new world.

To be honest, you won't find anything all too original in Gaia's Secret. Yet, helping to fuel the story and picking up for any creative slack is the writing, which is descriptive in its depiction of Daria's surroundings and the events taking place, but never to the point that the story feels like it's dragging. In fact, the book is pretty much perfectly paced. The writing is engaging but light, so that the book always feels at home in its young-adult genre.

The story is told through Daria's point of view, so she ends up being a well-developed character that you come to love. You can really sympathize with her during the book, and feel her frustrations when her friends and family are constantly leaving her in the dark and hiding truths. First-person POV storytelling isn't my personal favorite to read, generally, but it works well enough here. I did get annoyed being constantly in the dark with Daria, and with some characters for always keeping the truth from her, but on the same note that just made me rally behind Daria all the more.

Just as a heads up, there is a romance angle in this book. Although it's not the main focus of the story, as this is a fantasy book first and foremost, it does play a pretty major role. So, if you dislike that sort of thing, you may want to (sadly!) pass this book up. But, for those of you that like having romance dashed in with your fantasy, you will only adore this book all the more. The romance is lovingly and achingly developed, in the good "slow-burn" kind of way.

Since this book is part of a series, the story obviously leaves off with some major loose ends. Now that I think about it, I don't think the major baddie of the series has even made an appearance yet. I almost wish that the loose ends had been resolved and that this story had been a stand-alone, because I loved it so much and can't imagine the next installment being able to stand up to Gaia's Secret. At the same time, I'm oh-so-happy to have the opportunity to experience more of Gaia, with so much of the world left to explore. In fact, I'm going to do so, right about... now.
Read more
21 people found this helpful
Helpful
Report abuse

MacQueen
5.0 out of 5 stars Great Book!
Reviewed in the United States on November 22, 2015
Verified Purchase
I LOVE fantasy as a genre but, because of that, I actually tend to stay away from those types of books. I have my favorites such as Robin Hobb that I end up comparing everything to and that never works out well. Fantasy is one of the hardest genres to get right - but I decided to take a chance on this one anyway because it looked intriguing. Boy, was I glad I gave it a chance. This is how fantasy looks when it's done right.

Daria is your average teenager who's mind is blown when she learns that Earth is not the only world out there. Imagine that. Finding that there is another place that can be accessed by portals where a king rules and people use horses instead of cars. And the magic! The existence of this world isn't the only thing her father and those she once trusted have been keeping from her. Her place in that world is also a mystery.

When the portal to Earth is breached, Daria must embark on a journey into the unknown with the very people she's not so sure she can trust anymore. This book has everything - magic, dragons, adventure.

It's written like a YA book which I loved - not descriptive to the point of boring, fast paced, and character oriented. I really can't say enough good things about it. Daria is great. She had me laughing at times and I totally understood why she felt the way she did about these people. Then there is Alex ... SWOON! I can't wait to jump into the next one!
Read more
One person found this helpful
Helpful
Report abuse

JDillon
5.0 out of 5 stars Would love to be in Daria's shoes!
Reviewed in the United States on August 30, 2015
Verified Purchase
A really good read! Though sometimes I just wanted to smack my forehead in frustration. If this book were a horror movie, Daria would be the girl who answers the door right after watching a news report of a serial killer in the area. Still, she is brave, stubborn, impetuous, humorous... Qualities that either make for a really good adventure, or that drive home the idea that there's a fine line between impetuous and reckless. It strikes me that regardless of Daria's sheltered upbringing, she's obviously not spent much time reading fantasy novels like the audience.

I loved the richness of Gaia, though, and I wanted to shake Daria for not being more vocally inquisitive on her journey. I mean, it's natural to be inquisitive after being attacked by strange beasts, but I wanted Daria to ask more questions about the beautiful new world around her! It occurs to me that if Daria had been more vocally inquisitive, she would have perhaps saved herself a lot of trouble. Or kept out of trouble. With Daria, I think that's one and the same thing, though.

I know I sound more critical than a five star review calls for, but maybe that's because the world was painted so well, I wanted to be in Daria's shoes! An interesting take on a fantasy world - sheltered American girl meets magical mystery world. I couldn't stay away (if only to see how Daria tried to get everyone killed next) and I look forward to seeing more of Gaia unfold in the next book in the series (right after I finish this review!)
Read more
One person found this helpful
Helpful
Report abuse

Loves To Read
5.0 out of 5 stars Fast, Engaging Read
Reviewed in the United States on May 11, 2016
Verified Purchase
When Daria's dad disappears, she sets out with her ex-best friend to find him.
And that when everything starts to get crazy.
A fast, engaging read, Gaia's Secret ticks all the YA boxes but does so in a way that is new and fresh. I found the strengths of this book to be the character development (I really became attached to Daria and rooted for her success throughout the book) and the author's descriptive passages. It's always a crap shoot when your setting is a fantasy environment that the author will do too much or too little to build the world for you. Ms. Kloss got it just right. Five stars and looking forward to diving into book two of this series.
Read more
2 people found this helpful
Helpful
Report abuse
See all reviews

PInks
3.0 out of 5 stars Okay kind of read
Reviewed in the United Kingdom on June 7, 2016
Verified Purchase
Too Much one sided.. Bits and pieces of actions kept me not dropping off... But fairly boring with one emotion flowing I've.. And too much....
Read more
Report abuse

Laura Claxton-Lake
4.0 out of 5 stars A really good read 😀
Reviewed in the United Kingdom on February 12, 2015
Verified Purchase
Wonderful characters, good story, I certainly want to read the next book
I didn't want to put it down. Thoroughly enjoyed it.
Read more
Report abuse

Emma Leigh
4.0 out of 5 stars Brilliant
Reviewed in the United Kingdom on January 26, 2014
Verified Purchase
loved every minute of this book. The lead character was a bit annoying at times, but great story & I could understand her frustrations. The end came too quickly.Can't wait for the next one.
Read more
Report abuse

Amazon Customer
2.0 out of 5 stars Two Stars
Reviewed in the United Kingdom on March 6, 2016
Verified Purchase
Enjoyalbe but I found sometimes a bit slow due to explanation dialogue too slow for my own preferrence.
Read more
Report abuse
See all reviews