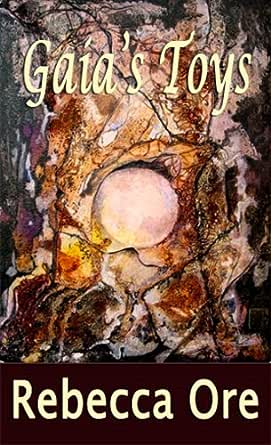 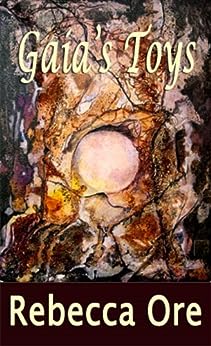 This ambitious tale of eco-terrorism from the author of Slow Funeral is a sweet and sour mix. Though extremely exciting on the action-adventure level, and rich in ideas of political philosophy, it offers inadequate character motivation and falls short of building a seamless, wholly believable future world. The story binds three main characters. Willie, a "drode head" with a hardwired skull, works for the government and owns a bio-engineered pet mantis; Allison, an eco-terrorist, is captured and turned by the feds after her Green friends dupe her into setting off a baby nuke; Dorcas, the scientist who created the mantis, is trying to design bugs that will be even more ecologically stimulating. Despite bouts of muddy writing, the energy behind Ore's takes on the ecological problems of our near future?including the dangers of overpopulation and uncontrolled technological expansion?render this a vital, thought-provoking novel.
Copyright 1995 Reed Business Information, Inc. --This text refers to an out of print or unavailable edition of this title.

Thanks to its brilliant, macabre vision of America's not-too-distant future, Ore's new novel puts her squarely in the ranks of such leading-edge sf talent as William Gibson and Neal Stephenson. The twenty-first century she imagines brings--along with bioengineered nanoviruses that keep the rich perpetually young and mandatory cyberspace brain hookups for the poor (for human brains, it turns out, are cheaper than computer brains for running menial programs)--a ruthless caste of eco-terrorists whose latest strike wipes out a score of oil refineries with a miniature nuclear bomb. One terrorist named Allison, aka Mattie Higgins, is nabbed before the explosion, interrogated with high-tech brain probes, and cleverly drafted as an undercover infiltrator for the government. Her new objective: to catch an outlaw gene-tweaker who is breeding insects capable of drugging humans into pacifism. Using three ingeniously different points of view, Ore fuses slick and absorbing storytelling with sophisticated speculative science. Carl Hays --This text refers to an out of print or unavailable edition of this title.

3.3 out of 5 stars
3.3 out of 5
3 customer ratings
How does Amazon calculate star ratings?
Amazon calculates a product’s star ratings based on a machine learned model instead of a raw data average. The model takes into account factors including the age of a rating, whether the ratings are from verified purchasers, and factors that establish reviewer trustworthiness.
Top Reviews

P. Nicholas Keppler
3.0 out of 5 stars Worth reading
Reviewed in the United States on October 29, 2001
Gaia's Toys is set in a future where severe environmental damage causes a new class of environmental terrorists or "ecowarriors" to rise up and defend mother nature; where welfare-dependent Americans are forced to undergo cybergenetic surgery, turning their heads into military cyberspace; where cooing, genetically altered mantises act as sedative pets; where nanotech surgery can completely change a person's appearance; where....OK...you get the main idea. The future, presented in this novel is pretty peculiar. Despite an overload of sci-fi concepts, I found Gaia's Toys by Rebecca Ore to be worth reading. Regardless of their vast differences, it's characters, welfare drone, Willie; street kid turned ecowarrior turned programed government spy, Alison, and overcurious scientist, Dr. Rae, are essentially fighting the same battle. Each is trying to keep a hold of his or her humanity in a cold, socially stratified, technology-ruled world where nature has been all but obliterated. Her next novel, Outlaw School, is a better example of Ore's impressive ability to create soulful characters and convincing futuristic settings. I would recommend that book first and, if you enjoy it, Gaia's Toys may interest you.
Read more
3 people found this helpful
Helpful
Comment Report abuse

Nancy L. Sexton
2.0 out of 5 stars Rough beginning, great middle, horrid ending
Reviewed in the United States on September 18, 1999
This book suffers a bit from odd terminoligy never explained (still don't know what in heck a "front junkie" is). I thought the beginning read rough while I was trying to understand her odd future-tech world that she didn't explain well. But in the middle it went much better and I was thinking it was a great book. Then poof, she obviously had NO idea how to end it, and the last 50-100 pages just plod on horridly like she had no real inspiration or motivation for writing those words other than to get it published and make some money. A book that just drops off from great to bad like that isn't worth reading in my mind.
Read more
5 people found this helpful
Helpful
Comment Report abuse

burkey@iquest.net
5.0 out of 5 stars Dystopia at its best (or worst)
Reviewed in the United States on August 11, 1997
The title says it all: the book is about allthe various technologies we humans developand then go on to use for vile purposes; welfare drones serving as human computers, tranquilizing wasps and giant mantises are only a few of the toys employed by Ore's very real and plausible future world. If you're cynical and fed up one societal terror after another, read this book. I wouldn't be surprised if the author gets regular phonecalls asking her if she's starting a cult.
Read more
4 people found this helpful
Helpful
Comment Report abuse
See all reviews from the United States